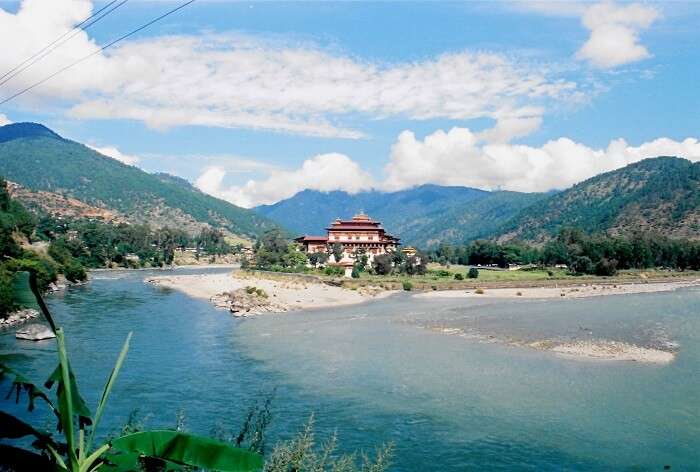 Bhutan also popularly called as the Kingdom of Bhutan. It is an inland country situated in the East Himalayan Mountains of Central Asia. This small country covers an area of around 38 thousand square kilometers and has a large population of around 8 lakh people. Bhutan is renowned for its culture, rich history, and ancient traditions. It has a remarkable landscape and diverse wildlife that attracts a huge number of tourists each year. The magnificent Bhutan rivers contribute to the beauty and grandeur of the country. The glaciers in Bhutan are an important and inexhaustible source of aqua for the several major rivers in the country. Bhutan is like a paradise for wildlife and nature enthusiasts. It is frequented by tourists from all over the world who come to bask in the splendor of the beautiful riverside. The rivers in Bhutan are filled with mysteries, and the people share a sacred relationship with them. After flowing throughout various regions of the country, all Bhutan Rivers eventually make their way into the Brahmaputra River in India.

Here we share the most popular Bhutan rivers that you must explore at least once on your next trip to the country. Take a look:

Wong Chhu or the Raidak River holds popularity as a cross-frontier river and a branch of the Brahmaputra River. The entire length of magnificient Raidak River is 370 kilometers. It flows through three countries which are Bhutan, Bangladesh, and India. Raidak River begins from the Himalayan glaciers in Tibet. The river covers some renowned and major valleys of Bhutan comprising Paro, Thimphu, and Haa. A very important aspect of west-central Bhutan, it makes its ways into Bhutan through the westernmost border of the country.

Eventually, it drains into the Brahmaputra River. Besides that, Raidak River is extremely well known for adventurous activities related to rafting and kayaking. The most preferred spot for these adventurous sports is in Paro or Thimphu because it has a large number of options to choose from. In addition to that, the Wang Chu river has a Tala Hydroelectric Power Station as well.

Torsa Chhu also referred to Kambu Maqu, Machu and Amo Chhu emerges from the Chumbi Valley in Tibet, China. It makes its way into Bhutan where it is renowned as Amo Chu. Additionally, it is the smallest river system in the country. Out of its total length of 358 kilometers, 113 kilometers lies in Bhutan. It becomes an important part of Bhutan through the country's western parts. Torsa Chhu flows past the tea estate of Dalsingpara and the Jaldapara National Park. The charming landscape is perfect for family outings, and its wildlife sanctuary has a large variety of animals. It eventually flows into the northern part of West Bengal in India. Furthermore, it also flows through the only nature reserve in Bhutan, the Torsa Strict Nature Reserve. Other major towns situated on its banks are Phuntsholing, in Bhutan and Cooch Behar, in India. Torsa Chhu is becoming extremely renowned almost everywhere in the world because of its pristine and remarkable landscape.

It is indubitably the most renowned rivers of Bhutan. In addition to that, it is a major river of Eastern Bhutan. The river has led to the creation of a picturesque valley with precipitous hills and high mountains. Kuri Chhu emerges as the tributary of Bhutan’s biggest river. Tangkhar Chhu, the Chuneygang Chhu, the Kilung Chhu, the Rong Chhu, the Nye and the Dungkhar Chhu are the main tributaries of Kuri Chhu. Furthermore, Kuri Chhu exists as a popular destination for whitewater sports such as kayaking as well as rafting. The river offers various runs covering different distances. The lower run is apt for both rafting and Kayaking whereas the middle run and the upper run can only be utilized for kayaking.

The Ha Chhu river is located in west-central Bhutan. In addition to that, it is Raidak River's tributary. The river begins in the south-facing slope of the main Himalayas, and its source is situated to the southern part of the exotic Chomo Lhari. There a number of rocky outcrops along this river. Most of the Ha Chhu catchment area is under temperate mixed, alpine and sub-alpine forests. Furthermore, Ha Chhu has a remarkable fish culture that attracts a lot of travelers to the river.

Suggested Read: Hiking In Bhutan: 5 Alluring Trails Every Hiking Enthusiast Should Walk On!

It is known as the most renowned rivers of Western Bhutan, it's a tributary of Raidak. Running through the Paro Valley, it covers the major towns of Bhutan and some popular monasteries. Moreover, the monasteries reflect the most supreme and finest architecture of the country. Beneath the Dzong, the spectacular Paro Chhu is spanned by a conventional bridge enveloped in wood widely known as Nyamai Zam. Below the town, the river flows towards the only international airport of Bhutan. Furthermore, the Paro Chhu is a great spot for Kayaking, and the lower area of the river is perfect for intermediate kayakers. Whereas experienced kayakers can move towards the Wong Chhu.

The Tang Chuu is Mo Chhu's tributary located in Western Bhutan. The river emerges from the Himalayas close to Thowadra Gompa and receives multiple hill streams. Afterward, The Tang Chuu joins the Mo Chhu river. The Tang Chuu features a scenic pool which is called as the Burning Lake or Membartsho. In addition to that, the Tang Chuu is very renowned for trout fishing. In fact, it is the best destination for tourists who love outdoor fishing.

The Manas River in Bhutan is a trans-frontier river situated between southern Bhutan and India. The river has derived its name from a serpent God in Hindu mythology known as Manasa. Additionally, The Manas River is the biggest river system in Bhutan, and it has a length of 377 kilometers. The river features great ecological diversity and has varied climatic conditions because of the huge elevation range. The Manas River valley consists of two major reserve forest areas which are the Manas Wildlife Sanctuary and the Royal Manas National Park. These spots consist of a biosphere reserve, an elephant reserve, and Project Tiger Reserve. In December 1985, it was declared as a UNESCO World Heritage Site. The river has great economic importance. Being a rich natural resource, it is used by farmers for irrigation purposes. The river enhances the beauty of the surrounding environment. Manas River is indeed a perfect tourist spot for wildlife and nature enthusiasts.

Mangde Chhu, also known as Tongsa river flows in central Bhutan making its way across north-south. Mangde Chhu rises in Wangdue Phodrang district in Dzongkha. The eastern slopes of the Black Mountains are drained by the river paving the way for the eastern borderlines of Royal Manas National Park and Black Mountain National Park. Shemgang, Taama, Bataase, and Surey rice fields are the major towns and areas through which the Trongsa road passes. The Buddhist Monastery in Trongsa, Trongsa Dzong is situated high above Mangde Chhu. Moreover, it is connected by a succession of beautiful paved courtyards, stone stairs, and corridors.

Mo Chhu or Sankosh River is a major river in Bhutan. The river emerges in the Gasa DzongKhag district close to the border between Bhutan and Tibet. Mo Chhu is known as Paro Tsang Chhu when it comes in contact with Pho Chhu. This confluence occurs close to the Punakha Dzong in Punakha District. In the country, these points of convergence are not considered favorable, and three chortens (Buddhist shrines) have been built for the purpose of cleansing the unclean aura. Punakha Dzong affords a view of this natural river. The bridge built upon it provides an outstanding view of the surroundings. The riverside is known for its excellent fauna and the flowers embellish the environment. A trip to Bhutan remains incomplete without paying a to this magnificent and pristine river.

Bhutan is indubitably one of the most exquisite and magnificent places in the world. Bhutan rivers enrich and add to the beauty of the country. In addition to that, the fauna of Bhutan is enthralling, and the sublime beauty of the surroundings is unexplainable. Furthermore, there is hardly a place in the world that can beat Bhutan in terms of its pristine beauty and elegance. On your next trip to Bhutan, make sure that you explore the various rivers of Bhutan and get engrossed in the serene environment.