Brazil In December 2020: Tour The Most Astonishing Places In The World’s Fifth-Largest Country! 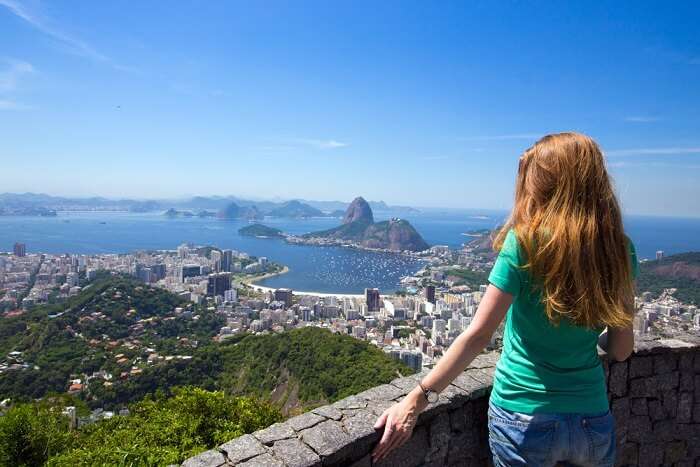 One of the largest countries of South America is Brazil. Brazil is surrounded by its neighboring countries like Argentina, Columbia, Guyana, Peru, Paraguay, Uruguay, Venezuela, Bolivia, and French Guiana. Brazil includes hills, lowlands, and mountains. One of the longest river Amazon flows through northeast Brazil. One-third part of Brazil is covered by Amazon Rainforest. Brazil is among the fifth largest country in the world. Summer season begins from December and lasts till February. Brazil weather in December seems to be warm and sunny.

There are nearly 2000 beaches on Brazil shorelines. Brazil is mostly known for its Carnival that is celebrated during December by thousands of people. Brazil in December is really the best time to explore around and rejuvenate your senses.

Brazil In December: Reasons For Visiting

December to March is the peak season of Rio. The best time to visit Brazil is December, many people from across the world visit Brazil. Some of the most popular events that take place are Reveillon and Carnival, which begins in December and continues till March. Around 2 million people visit Rio to celebrate New Year Eve. Hotel rooms are too costly during the season and are full.

Some of the places that shouldn’t be avoided by people are Christ The Redeemer Statue, Copacabana and the botanical garden in Rio de Janeiro. Listed below are some of the things to do in Brazil in December

The Cathedral of Brasilia is the Roman Catholic Cathedral that is widely known as the Metropolitan Cathedral of Our Lady of Aparecida in Brazil. Visitor some time questions themselves where to go to Brazil in December? What better time it could be for visitor other than December to catch the beautiful look of the Cathedral. The important cathedral serves as the Archdiocese of Brazil. Modern design is the main reason why many people visit from across the world. You will not take your eye from the tall bronze statues of 4 Evangelist of 20 M tall; you will also see bell tower and pillar located at the entrance of the cathedral. A passage from the life of Mary is being depicted at the entrance. The visitor will appreciate the extraordinary work, including painting ceramic tiles and stained glass both been constructed by Athos and Marianne Peretti.

Christ the Redeemer is a statue of Jesus Christ that is in standing position and is 100 feet tall. The arm of Jesus Christ is stretched wide open about 92 feet. The total weight of the statue is more than 635 metric tons. Visiting Brazil in December will give you the perfect picture of the day. Travelers cannot afford to miss such a beautiful site. One of the recognized symbol of Christianity around the world.

One of the well-known and popular beach in Brazil is the Bairro of Copacabana beach. Out of the best beaches in Brazil in December Copacabana is a must-visit beach to have unlimited fun. 2 million travelers visit the beach annually just to celebrate New Year. The firework display is one of the largest displays in the world and lasts for 20 minutes. The 2.5-mile beach is an official venue for International sports like FIFA Beach Soccer World Cup and also for volleyball. There are many water sports and beach events that are held at the beach and played by visitors. What to wear in Brazil? Depending upon the city the clothing styles differ, most people wear the casual and comfortable clothes. The beach is surrounded by beautiful mountains of high towers.

Elevador Lacerda was first opened in 1873 and was one of the highest elevations in the world. The Elevador Lacerda was built to be Augusto Frederico de Lacerda and Brazilian engineer. Weather of Brazil in December is pretty warm. It is considered as one of the attraction place in Brazil. From the top of the Elevator you will see the awesome view which includes the Mecado Modelo, the Fort of Sao Marcelo and the Bay of All Saints.

Escadarian Selaron is widely known as Selaron Steps. A set of 215 famous steps is what Escadaria Selaron is all about. Weather in Brazil during December is full of enjoyment and a time for exploring places for travelers. The Escadaria Selaron was designed by Jorge Selaron an artist. The artist worked for almost 23 years to renovate the steps and is dedicated as a tribute to Brazilian citizens. Jorge actually started the work to fix the steps which were in front of his home, but it gave rise to something different and unique project that is known to the world. The materials like 2000 ceramic pieces, mirrors and tiles have been used which are exported from 60 countries.

Flamengo Park is one of the largest parks in Brazil located at the capital city Rio de Janeiro. It is also known by other names like Eduardo Gomes Park, Aterro do Brigadeiro Edurado Gomes and Aterro do Flamengo. Natal is a public holiday in Brazil. The park was constructed in 1965 and is surrounded across 300 acres. It is open for public on all days, local spend their time here during Brazil holidays in December.

Inhotim was invented by Bernardo Paz a former mining magnate. It is a beautiful botanical garden with art museum located in Minas Gerais, Brazil. Bernardo Paz, starting buying plots in order to stop developers from destroying nature and its beauty. There are around 4500 types of plant species which the travelers can explore along with multiple greenhouses for some plants.

The Ipanema neighborhood is very popular internationally and is known as one of the lavish places in Brazil. You will find world-class cafeterias, restaurants and, shops. You will also find luxurious apartments in this area. Ipanema is very popular for various events like the Banda de Ipanema a local carnival festival.

Parque das Aves was opened in 1994 and is a Zoo that is privately owned. The Zoo is located nearby to Iguacu waterfall and is open for visitors from 8.30 AM to 5 PM. The traveler can see some attractive spots like Avairies, Paradise of Parakeets, Reptile Refuge and the Kingdom of Butterflies. Brazil climate in December the min temperature is 25⁰ C and Max temp is 29⁰ C. You can even see snakes, Macaws and other animals in the Zoo

December is one of the wettest months of Brazil. The temperature is slightly hot during the day for some visitors and low during nights. December is the best time for visitors to explore Brazilian culture and its tradition. Christmas is one of the popular choices of people and you can be busy throughout December. December is the best time to explore more about Amazon and Pantanal. Spend good time on beaches, travel across cities and explore more places and cultures. So, what are you waiting for? Book your trip to USA with TravelTriangle for a soothing holiday experience like never before!

Q. Does Brazil have winter?

A. No, Brazil does not have a winter season. It only has two distinct seasons; dry and rainy. The temperature never drops below 22 degrees Celsius.

Q. Are there any beaches in Brazil?

Q. What is the coldest month in Brazil?

A. July is the coldest month in Brazil when the temperature is around 21 degrees Celsius. December is the wettest month here with an average rainfall of 169 mm.

Q. Is December a good time to visit Brazil?

A. December to March is the busiest season for Brazil. Its the best time to visit Brazil and people from all over the world come to this island for their year-end holidays.

Q. What are the things to do in Brazil in December?

A. Here are a few fun things to do in December in Brazil:
1. Get soaked by Iguazu Falls
2. Explore the Florianópolis Beaches
3. Tour the Cathedral of Brasília
4. Walk through the thicks of Ilha Grande
5. Snorkel with sea turtles at Fernando de Noronha

Q. What should I pack for a vacation in Brazil in December?

A. Decembers in Brazil are pretty hot and humid with temperatures reaching up to 40 degrees. So choose lightweight, breathable fabrics and even a pair of bikinis if you plan to hit the beach.

Q. What are the festivals celebrated in Brazil in December?

A. The three main festivals celebrated in Brazil in December are The lighting of the Lagoa Christmas Tree, Festa de Iemanjá, and Reveillon

Q. What is Brazil famous for?

A. Brazil is home to more than 60% of the Amazonian rain forest. The iconic Christ Redeemer Statue in Rio de Janeiro is one of the 7 Wonders of the World. Brazil is also famous for its most celebrated carnival festival in the world.

10 Must-Visit Places For A Finland Honeymoon As Romantic As The Northern Lights!

Viharamahadevi Park: A Handy Guide To Explore This Nature’s Paradise In Sri Lanka!

18 Places To Visit In Bidar To Admire The Beauty Of Karnataka In 2021!