10 Irresistible Canadian Desserts That The Foodie In You Will Instantly Fall In Love With! 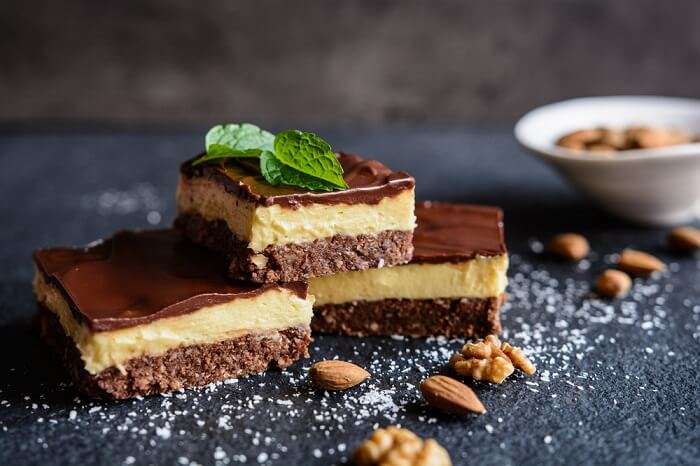 While Canada is the ultimate bucket-list destination to experience the great outdoors in all their glory, from majestic snow-capped mountains to pristine glacial lakes and surreal landscapes, the country has many more fantastic travel experiences up its sleeves. Along with their distinct culture & art, each Canadian city also boasts of lip-smacking local foods that are sure to tantalise the taste buds of every discerning foodie. From British Columbia’s farm-to-table meals, food trucks and scallops to Quebec’s poutine and BeaverTails, Montreal’s bagels & smoked meats and the lobsters from Maritime Provinces, Canada offers a smorgasbord of local gastronomic delights.

These 10 desserts in Canada will not only pamper your sweet tooth to the core but also leave you craving for more. Take a look and note down the names so that you don’t miss out anything on your next trip. 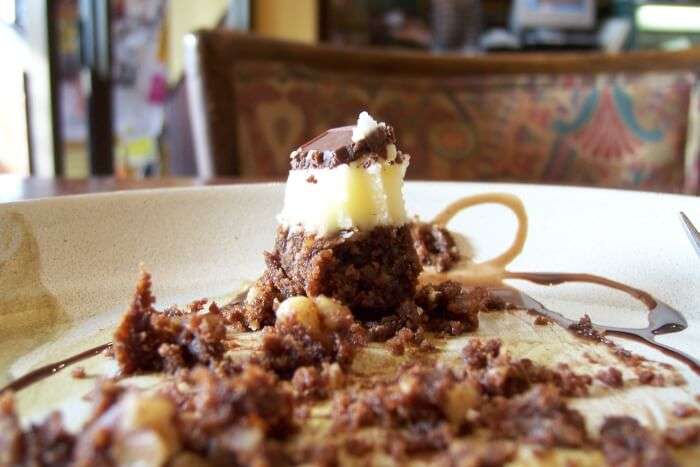 Canada’s iconic 3-layered dessert looks as good as it tastes and is named after the city in British Columbia where it originated many years ago, thought the first recipe dates back to 1953. This no-bake treat loaded with the yummiest ingredients has earned its place amongst the most iconic Canadian desserts, so much so that a 39-stop Nanaimo Bar Trail in the city of its origin invites you to try its different avatars across town! This fudge with a zing has the lowest layer made of chocolate, graham cracker crumbs and nuts/coconut to give it a crunchy finish, while the middle layer is thick custard topped with a delicious chocolate ganache upper layer.

Foodie tip: You must try interesting variants that include mint, mocha and other flavours in the middle layer and are served in the form of cupcakes, martinis or rolls.

These bite-sized sweet delights are the most popular amongst traditional Canadian desserts which are being baked at Canadian homes since the 1700s when early settlers came in. This signature Canadian dessert has a flaky exterior and a gooey filling (usually maple syrup and raisins) that has the power to transport you to sugary heaven almost instantly! Considered an important part of the Canadian history and heritage, butter tarts are available at most bakeries and grocery stores and are obsessed over by locals and tourists alike. With festivals, tours and trails dedicated to this yummy treat, there’s no way you can escape the irresistible charm of one of the most popular Canadian desserts.

Foodie tip: Today butter tarts are available in gluten-free avatar in the form of ice-creams, cup cakes and even beer! 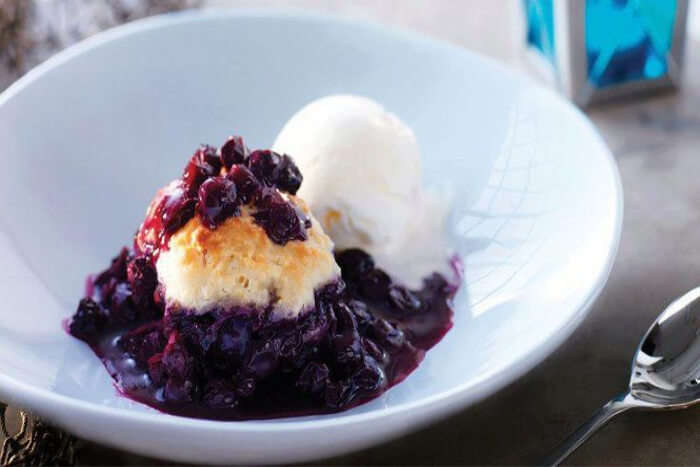 There’s nothing to be disgruntled about the name of one of the classic Canadian desserts from the East Coast. ‘Grunt’ simply refers to the sound of blueberries when they’re being slow cooked in an open pot with water and sugar. Having originated in Nova Scotia, the dessert is now popular in most Canadian cities as it combines the fruity goodness of blueberries topped with simple flour and butter dumplings. Believed to be the favoured treat of men who built the Prince of Wales Fort on Hudson Bay, this historic dessert was initially served with a simple biscuit or dumpling. The modern-day versions available in restaurants and cafes usually pair the warm stewed blueberries with a scoop of vanilla ice-cream. 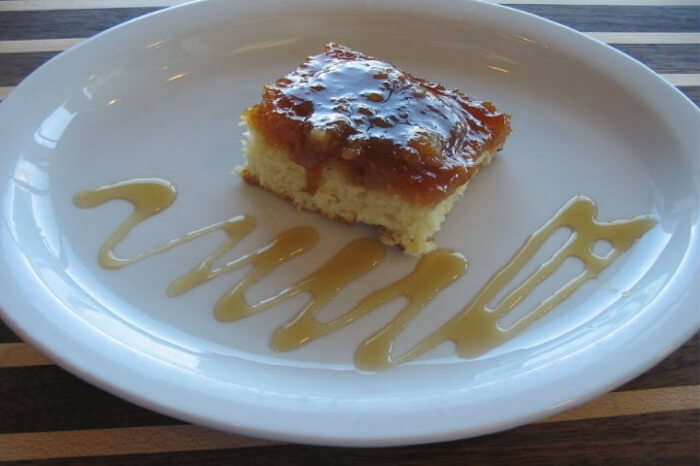 Literally translated to ‘unemployed man’s pudding’ this simple and delicious sweet tops the list of traditional French Canadian desserts that melt in your mouth with every spoonful. This yummy dessert elevates the humble cake batter to another level by adding hot caramel sauce to the baking pan. The caramel sauce soaks down to the bottom during baking, making the final product taste heavenly. It was first whipped up by female factory workers during the Great Depression in Quebec, and has attained iconic status hence. The maple syrup added to caramel for sweetness gives this gooey upside down delight its distinct taste and texture. Pair it with a scoop of ice-cream and revel in the sweet goodness of this golden Canadian treat. 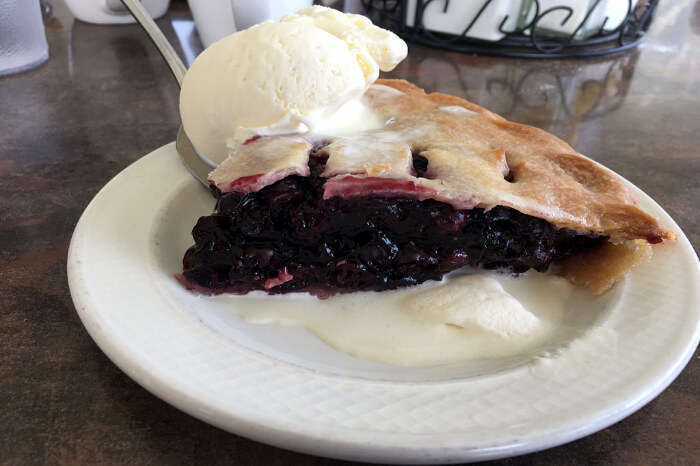 Canadians seem to love their pies and this is another version of the dessert that is hailed as a healthy and delicious option. The Saskatoon berries, also called juneberries, give this simple pie a whole new meaning and flavour. High on antioxidants, these berries are largely grown in the prairies but are available all across Canada. Considered to be the sweeter and nuttier version of the popular blueberries, Saskatoon berries give the pie its distinct fruity flavour. The berries are stewed in warm water before adding to the pastry lined pan and then topped with another crust before baking. Take a bite to experience the heavenly goodness of one of the most loved Canadian desserts.

Suggested Read: Feel On Top Of The World At This Suspension Bridge On Whistler Mountain In Canada 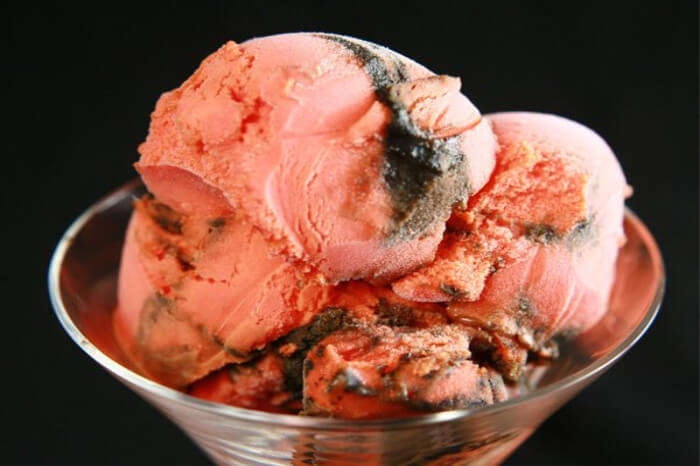 It is one of those frozen Canadian desserts which you won’t find anywhere else in the world, making it a uniquely Canadian experience. The orange-flavoured ice-cream with swirls of black licorice gets its interesting name from its similarity to the orange and black tiger stripes. Loved the most by children across the country, it must be tried for its special place in the hearts of the Canadian people. Though the ice-cream was hugely popular in the mid 20th century, most creameries like Kawartha Dairy and Baskin-Robbins stock it up for its nostalgic value and unique flavour. 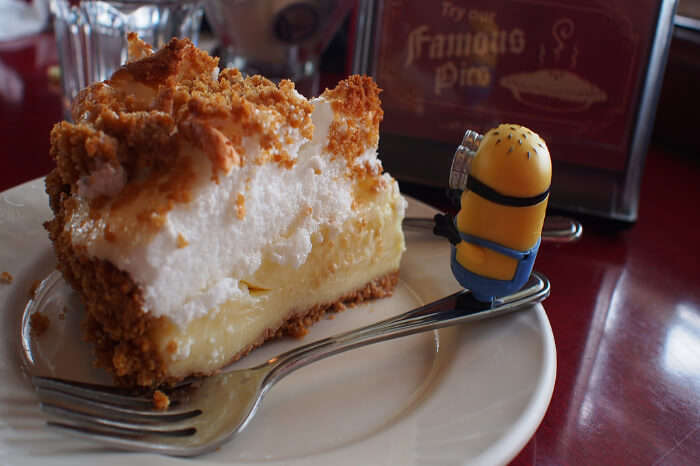 Though theories abound regarding the origin of its name, one fact that is universally accepted is the awesome taste of one of the best Canadian desserts from the prairie lands of Alberta, Manitoba and Saskatchewan. A bottom layer of crunchy graham crackers, topped with a creamy custard filling and finally loaded with fluffy meringue give this triple-layer dessert its epic texture and unforgettable taste. This staple pie of the Canadian prairie culture uses simple ingredients available all round in the region to create an incredible dessert you can dig into any time and revel in its sweet deliciousness.

Suggested Read: Canada Nightlife: A Traveler’s Guide To How Canadians Like To Party 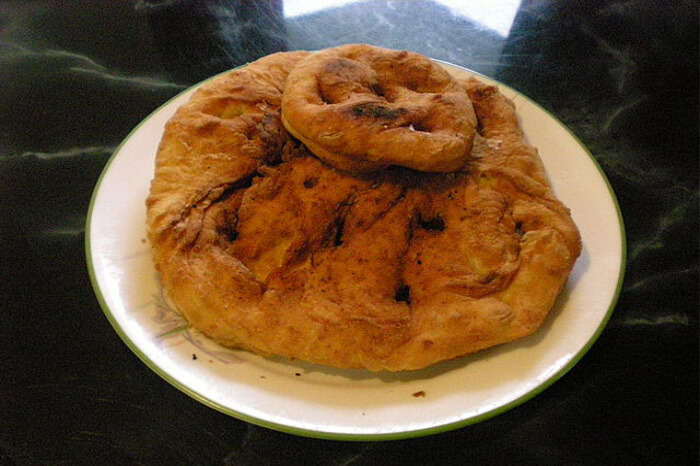 This simple comfort food of the indigenous people of Canada is a part of their staple diet and prepared with local ingredients. Though of Scottish origins, bannock has been fully adapted to suit Canadian cooking and makes for a great travel companion that survives harsh weather for many days. Made from flour, salt, water and lard, the Sweet Bannock uses sugar and cinnamon to transform it into a quick-to-prepare sweet delight. It is also served as a bread pudding with locally sourced berries. Be a part of Canadian history with every bite of this fried bread dessert. 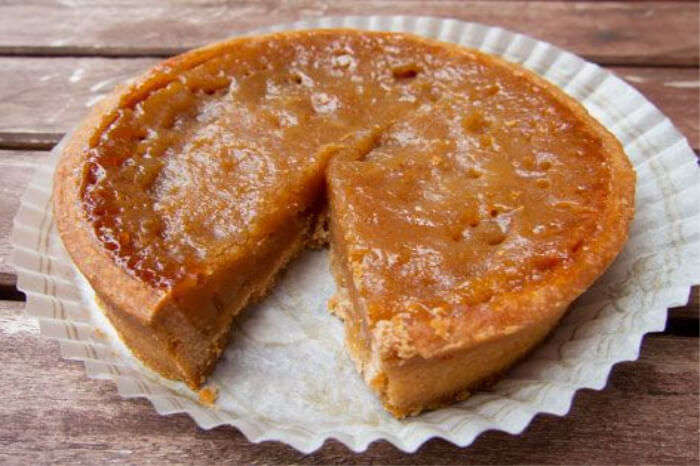 Introduced to Canada by the early French settlers of Quebec, this is a classic example of Canadian desserts that have perfectly imbibed their French origin and made the dishes their own by the use of its ubiquitous maple syrup. The classic sugar-cream pie gets a Canadian twist by adding maple syrup to heavy cream, flour, butter, sugar and an egg. Although tarte au sucre is the perfect sweet bite to be savoured all-year round, it is specially part of any holiday meal in French Canada. 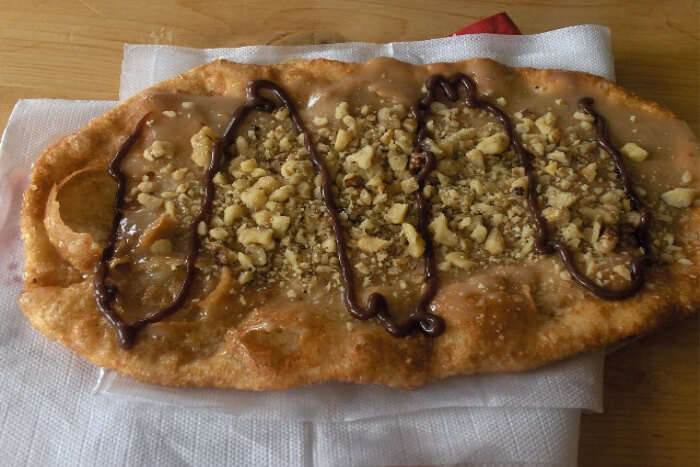 Named after the Canadian national animal and the BeaverTails Pastry that created this eponymous dessert in 1978, this hand-stretched fried piece of dough is loved all across the country. The dough stretched in the shape of a beaver’s tail is sprinkled with cinnamon sugar and relished with a range of interesting toppings. Some of the popular toppings for one of the most loved Canadian desserts include Nutella, caramel, bananas, M&Ms and crushed Oreo cookies. There’s no end to the delightful toppings that can be paired with this golden fried heavenly dessert.

Foodie tip: Head to one of the BeaverTails outlets in New Brunswick, Ontario or Quebec for sampling an authentic version.

When it comes to Canadian desserts, the above list barely scratches the surface as the country is home to many more sweet delights that you must sample for sure. Along with the Nanaimo bars and butter tarts, Buche de Noel is another worthy addition to the list of Canadian Christmas desserts that looks just as good as it tastes. And then there is the long list of traditional Canadian cakes like the Alberta Whiskey cake and the heavenly red-velvet Jos Louis Cake.

It’s time to take a flight and enter the world of drool-worthy Canadian desserts on your next vacation. So, don’t think much and get packing. Plan your trip to Canada with TravelTriangle right away and get ready for a culinary adventure like never before! 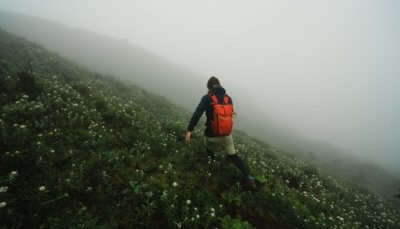 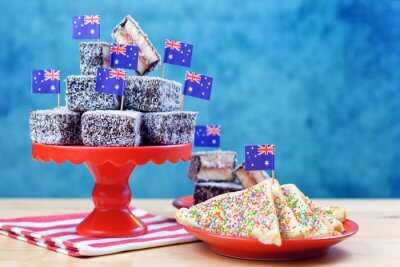