10 Casinos In Alaska For Those Who Like Having Fun In The Snowy Paradise! 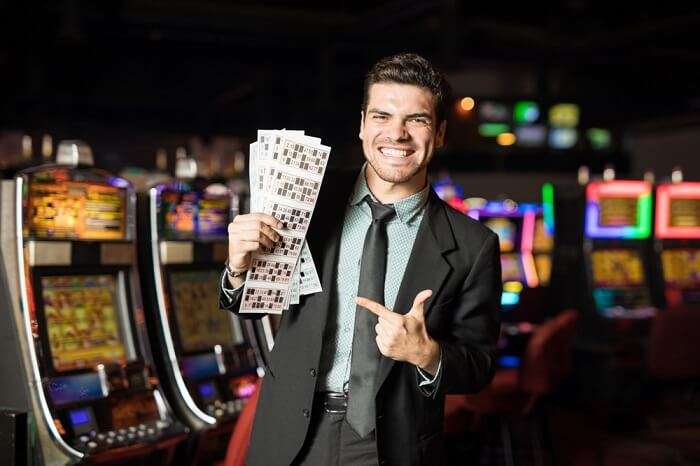 Famed as the snowy paradise, Alaska is one of the place that just about everybody has heard of. Alaska is definitely on the list of anybody who travels a lot or has such aspirations. Although one may not initially think it, gambling is quite popular in Alaska and is considered a pleasurable pastime rather than the serious affair it’s made out to be in other countries.

There are many casinos in Alaska, and all of them are quite packed at all times of the day, as warmth is valued greatly in Alaska. Opening early in the morning, the casinos close their famous doors very late, allowing crowds to get their fill of enjoyment and fun.

Although they are not outright visible when visiting the country, most casinos are the very center of their towns, not geographically, but rather a place where the whole town throngs and hangs out. When one arrives at a town, the location of a casino is not hard to find out, as a steady stream of people keeps coming and going.

This is doubtlessly one of the most well-known casinos in the entirety of Alaska, the Eagle River Bingo and Casino is quite well received in its hometown of Eagle River. Open from early in the day to quite late in the night, whole crowds of people visit this casino to gamble to their heart’s content. The famous casino has lots of slot machines, along with game tables that include classic games like blackjack and craps.

One of the specialties of this casino is the bingo games they host. People from towns surrounding Eagle River come to these bingo games, as they include a vast amount of people.

Must Read: 10 Best Places To Visit In Alaska That Offer Once-In-A-Lifetime Experience

Image Source
It is no surprise that another one of the many listings on this list article is a bingo center, as bingo is one of the most popular games that are played in the whole of Alaska. Alaskan Bingo is played with a lot of people who come from towns over to both take part and observe in the game. One of the main reasons is that casinos are warm, and warmth is precious in Alaska. The Tudor Bingo Center is one of the most distinct casinos in Anchorage, Alaska, as the relatively large center has some slot machines and game tables along with the Bingo tables, and gets quite a large crowd of gamblers and gamers.

Along with Bingo, another one of the most popular games in Alaska is the hallowed practice of pull tabs. A game that is almost exclusive to the northern regions of North America Pull Tabs is different from the traditional gambling games, as it is played with a quite large number of players.
One of the most popular Pull Tab gaming centers in Alaska is the Native Village Barrow Pull Tabs. A name that may sound unusual to the ears of tourists, the Native Village Barrow Pull Tabs receives quite a lot of visitors and players, which consist of both natives and tourists.

Suggested Read: 10 Extraordinary Things To Do In Alaska That Will Make You Crave For An Adventure

A quite unusual gaming center, the Klawock IRA Smoke Shop is quite popular in its hometown and the surrounding environs. A Native American run gaming center, the Smoke Shop hosts many types of different games, such as the aforesaid game loved by Alaska, Bingo, and the novel game exclusive to North America, Pull Tab gaming. Visited regularly by a good portion of several towns, the Klawock IRA Smoke Shop is quite famous and is one of the best casinos in Alaska.

One of the very largest casinos in the entire town of Anchorage (which by the way is one of the largest and most well-known towns in Alaska), the Northern Lights Bingo center is quite famous all over Alaska. Inherently one of the very largest Bingo centers, it gets quite a lot of visitors from all over the state, who come to participate in the massive Bingo games hosted by this well-known casino.

Suggested Read: 10 Best Alaska Hotels For A Sojourn Amid Nature

One of the esteemed Bingo centers situated around Alaska, the Metlakatla Indian Community Bingo Center is quite popular among the residents of the snowy lands, not only because of the large-scale Bingo games that they are famous for, seating more than a hundred individuals playing and having fun, The Metlakatla Bingo Center is quite possibly one of the only casinos in the whole of Alaska that host more than 90 gaming machines, such as slots and automated blackjack.

Another one of the many Bingo Centers located across Alaska, the Tlingit and Haida Community Bingo Center is quite famous across the state and is often called the Juneau Casino. One of the largest Bingo centers, it has tables that seat more than a hundred people for every single game, making the games one of the largest Bingo games across several states. More than the population of two towns attend these games, as each and every round is thronged with both players and observers.

Though not as big as some of the other Bingo Centers on this list, the Sun’aq Tribal Bingo Center provides one of the most unique Bingo experiences in the state of Alaska, as their gaming center has a totally exotic appeal, decorated with choice furniture and ornaments that give a tribal feel to the whole place. Located in Kodiak, the center is thronged regularly with lots of people, with seats for lots of people at their Bingo tables.

Image Source
Called one of the most fun themed Pull Tab gaming centers in Alaska, the Agate Pull Tabs is a relatively small operation and offers to pull-tab gaming centers only. Although the center opens at noon, which some may consider a quite late time to open their business, they are very popular, as the Center is visited regularly crowds of people, both natives of Sand Point and towns, along with a good number of tourists visiting Alaska.

The Lucky Boniface Center is quite possibly the largest Bingo gaming center in Alaska when seen by both size and number of regular customers, and one of the best Anchorage Casino. Spread out over a large and sprawling compound, the Center hosts many different types of Bingo games, such as smaller ones that have 20-30 players, medium sized ones that have near or more than 50 players, all the way up to the largest type of Bingo game that has players exceeding 100.

Further Read: 8 Best Resorts In Alaska To Unwind At Your Own Pace Amidst Nature In 2021!

While it is completely true that Alaska has a minimal number of casinos and gaming centers, that just makes the process of gambling that much more fun! So, pack your bags, book your trip to Alaska with TravelTriangle and have fun while playing Bingo!