7 Best Castles In Stockholm That’ll Spark Up Your Swedish Holiday! 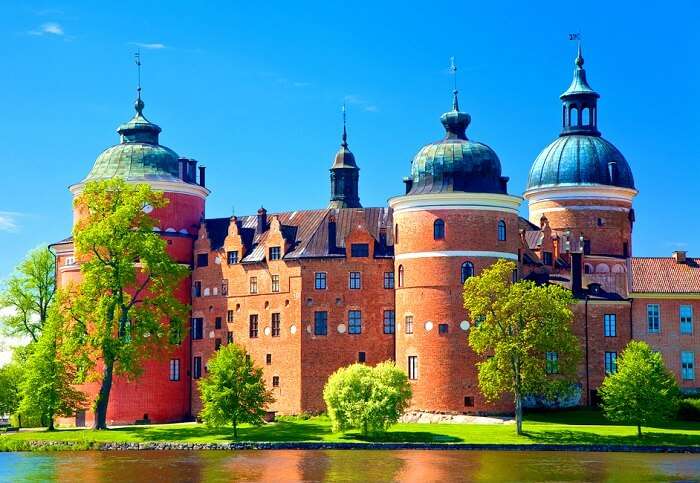 We all grew up listening to the fairy tales, and castles were the favourite part. Palaces and castles trigger a romantic and gentle side in each of us. Impressive and grand in structure with a historic past, Stockholm boasts of several castles, palaces, and manor houses. The castles in Stockholm are perfect for weekend getaways, romantic dates, and day trips. When you visit these castles, you’ll feel that you are taken back in time to witness the glorious past of the city’s historical era.

When you are on your trip to Stockholm, you must visit the glorious and grand Stockholm castles. All these castles contain opulent interiors and offer spa services, hotel comforts, and a luxury culinary experience. At winter, these castles also serve special Swedish dinners and at Christmas, the castles are decorated extravagantly. Take a look at some of the best castles in Stockholm that offer a beautiful picture of the city’s glorious past and are perfect places to visit during your next holiday!

There are many castles in the city, but the Drottningholm Palace in Stockholm is the most famous one. The castle contains a theatre where performances are held both during summer and winter. It is one of the first Swedish monuments to come under UNESCO World Heritage List. The castle is open throughout the year except on some public and national holidays of the country. There are several guided tours in the castle that will take you around the rooms and explain interesting facts.

Must Read: 12 Must Places To Visit In Stockholm For Experiencing Adventure, Heritage, And Leisure

Situated on the shores of Lake Malaren, the Gripsholm Castle in Stockholm was constructed from 16th to 19th century during the reign of King Gustav Vasa. The castle has numerous rooms styled with Renaissance Style of Architecture. It is now a public museum with the portrait gallery displaying the oldest collections in the world. If you’re visiting Stockholm with family, this is a must-visit!

The Stokloster Castle in Stockholm is situated between Stockholm and Uppsala and located on the shores of Lake Malaren. It is one of Sweden’s large private castles and said to be one of the greatest baroque castles. The castle has staterooms which have the same old furniture of the historic era. The armoury in the castle contains the world’s largest collection of military weapons, cannons, swords, and muskets. The library also contains books that describe the history and era of the 17th century. The castle is surrounded by lime trees which give it a magnificent look.

Suggested Read: 10 Best Hotels In Stockholm For A Perfect Stay In The Finest City Of Scandinavia

Located just about 25kms from Stockholm, the Tyreso Palace is one of the best castles in Stockholm. The castle gives you a sneak peak of the upper class lived in the 20th century by displaying the books in the library, art collections, and furnishings in the castle. On the first floor are a private chapel and luxury bedrooms. The palace is now a public museum which is open for visitors during the summer. Pre-booked tours are also available.

Suggested Read: 10 Best Hostels In Sweden To Enjoy A Blissful Sweden Vacay Like Never Before!

The Tullgran Palace is located 1 hour south of Stockholm and is considered to be one of the best castles around Stockholm. Constructed in the 17th century, the castle has an english park and a well-preserved Duke Fredrick Adolf’s state apartment. The palaces’ interiors are furnished with Victorian style architecture and has an airy mixture of rococo. Travellers can take a stroll around the lake or sip coffee in the stable cafe located in the castle.

Taxinge Castle is just around 60km from Stockholm and is located on the shores of Lake Malaren. This castle is known for Europe’s largest Cake Buffet where it displays 50 types of baked bread and cakes. For those who would love to taste some of Europe’s finest cakes, the Taxinge Castle is the best place. The castle is where August Strindberg spent his summers in childhood.

Considered to be one of the most elegant castles in Stockholm, the Steninge Castle boasts of Baroque architecture. It was constructed in the early 19th century and houses an art gallery, glassworks, and cultural centre. There is also a restaurant and cafe in the castle for those who want to grab a bite during their visit. The Christmas market displayed in this castle during the Christmas is the most-talked about event in Stockholm.

Further Read: Shopping In Sweden: 10 Best Places For Pampering The Shopaholic In You!

Now that you know that there are a lot of beautiful castles located in Stockholm, make sure to visit them when you are holidaying there. These spectacular castles will surely give you a run for your money and make your trip more memorable. So, customize your Europe holiday, and rather than just touring the city and shopping, take some time out to visit these most famous historical castles in Stockholm.