6 Churches In Australia You Must Add To Your List 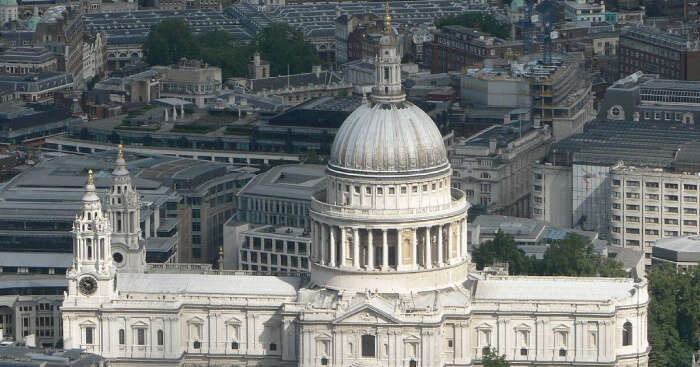 While you are in Victoria or in Melbourne, you might not see the equal religious enthusiasm of Europe but not to worry the prodigious tradition of cathedrals and churches in Victoria do reflect the 19th century history of the country. Among these churches, many of them took up an English gothic style and all of them are striking in their own right with architectural marvels scattered all around. Let’s walk by these amazing 10 Churches and Cathedral in the Victoria region of Australia.

Originally built in 1839, St Michael’s Uniting Church was once demolished and then again finally rebuilt in 1866 by Joseph Reed. He was the same Joseph Reed as to the one designer of the famous Melbourne Exhibition Building as well as The Melbourne Town Hall. The design that Joseph Reed followed was inspired by the Lombardic style. He was much of an appreciator of the late Roman architectural tradition. The architecture was to reflect a theatre-like design so that everyone in the church could look at the preacher and hear him speak. This was according to the minister who was then in charge during 1866.

What to do: Explore the theatre-like ambience and the 19th century structure of the church and indulge into the contemporary practices of preaching at the church that focuses on your embrace of the inner well-being.
How to Reach: St Michael’s Uniting Church, 120 Collins St, Melbourne, VIC, Australia

Originally designed in a European Gothic style, the St Paul’s Cathedral was designed by William Butterfield. This is again another 19th century church constructed between 1880 and 91. Upon the designs of the Butterfield’s original, John Barr redesigned the spires and they were constructed around 1926. Cathedral was built on a land that was previously occupied by the St Paul’s Church. The building was once demolished in 1885 to accommodate the Cathedral’s southern end. It happens to be one of the most popular cathedrals in Melbourne.

What to do: Visit the Cathedral and devote a little time to the peace and tranquility. They also have weddings, funerals and baptisms in the cathedral alongside several other religious services. The cathedral also holds guided tours but you can definitely enjoy a little alone time exploring the magnificence of its beauty going for a stroll alone.
How to Reach: St Paul’s Cathedral, Flinders Ln & Swanston St, Melbourne, VIC, Australia

Must Read: 15 Thrilling Festivals In Australia In 2022 That Will Give You Major FOMO!

Don’t forget to stop by at St. Patrick’s Cathedral sitting in the heart of Melbourne’s Central Business District. This one is one of the most popular destinations if you are into churches. What’s more mesmerizing is St Patrick’s Cathedral’s absolutely simplistic yet elegant design. The architecture is visually striking and that’s not only because of its exterior. Upon entering you will see the massive blue-stoned walls, breathtaking and giving it a neo-gothic look. Here you will find the cathedral constructed on its traditional east-west axis. The alter references towards a symbol of Christ’s resurrection pointing towards the eastern end. The design of the cathedral was of Architect William Wardell who based it on his love for medieval cathedrals of England which was very much prevalent during the 19th century.

What to do: Indulge yourself into the 19th century architecture and have peaceful time at the St. Patrick’s cathedral. Explore the charm of the 19th century neo-gothic structures and stones.
How to Reach: St Patrick’s Cathedral, 1 Cathedral Pl, East Melbourne, VIC, Australia.

While exploring the churches of Australia, this one now will enchant you with not only history but also the aesthetics of beauty. It’s nearly educational while also being absolutely aesthetically pleasing. The Sacred Heart Cathedral is full of surprises with wonders of architectural captures and serenity of the scenery. The architect William Tappin has built the cathedral in the English Gothic style. The design has achieved a structural height and this has enabled the interior of the church to become somewhat luminous in a heavenly glow. If you are an art lover this well structured, stylish old architecture is sure to be a very rewarding trip for you.

What to do: check out the large organ kept inside the cathedral which also happens to be one of the rare highlights of the church visit. Go for the tours at the cathedral that they hold frequently and you can also experience the mass times and sacraments. There are weddings, baptisms and pre-wedding education going on.
How to Reach: Sacred Heart Cathedral, Mackenzie St, Bendigo, VIC, Australia

Explore the deeply rooted history of Geelong’s within the tale of St Mary of the Angels Basilica. The church was built keeping in mind the rapidly growing population during the Gold Rush period. It was the time when there were many Catholics in need of a sacred place who lived there and they wanted to replicate their religion-dominated life like that of England’s. The town saw through the Gold Rush period the population rose nearly to its quadruple in numbers and reached 4000. This inspired a plan for a larger church to fit in the growing population. The church has evolved to be one of the iconic places in Geelong. Much thanks to the exquisite designs of this magnificent cathedral-like building. Standing nearly 200 feet long and 130 feet wide the church was built spending around 40,000 pounds during the time of construction.

What to do: Take part in the masses and explore the wedding ceremonies and funeral rituals and other sacraments.
How to Reach: St Mary of the Angels Basilica, Geelong, 136-148 Yarra St, Geelong, VIC, Australia.

What to do: Explore the absolutely stunning architecture of this enormous church, take part in th masses, pray alone or simple have a little time for yourself in the serenity.
How to Reach: St Mary Star of the Sea, 33 Howard St, West Melbourne, VIC, Australia
Plan your religious retreat in Australia and be mesmerized by the architectural gems it offers.

Which churches in Australia are open 24-hours for the tourists?

You must visit the Apostolic Church, Melbourne CSI Church, and St Stephens Applecross Uniting Church in Australia. They are open 24-hours throughout the year.

What kinds of Christian faith churches are present in Australia?

In what type of architectural style the churches in Australia are built?

Which are the most beautiful and most visited churches in Australia by tourists?

The St Mary of the Angels Basilica, St Mary’s Cathedral, and St Patrick’s Cathedral are the most beautiful and most visited churches in Australia by tourists.

What are the Aussies Church timings?

The heritage churches in Australia are open from 09:00 AM to 06:00 PM. The other churches have different timings as per the masses. A few of the churches are open on the weekends only.

Can tourists of any faith visit the churches present in Australia?

Yes, the Aussies follow religious pluralism. The tourists of any faith can visit the 13,000 churches present in the Australian continent and its islands.

Are there admission fees to enter the churches present in Australia?

Yes, a few of the cultural heritage churches charge a minimal entry fee to see its antiques and access its towers. These are guided tours in popular churches in Australia.

Is photography prohibited inside the churches in Australia?