5 Magnificent and Historical Churches in Beirut 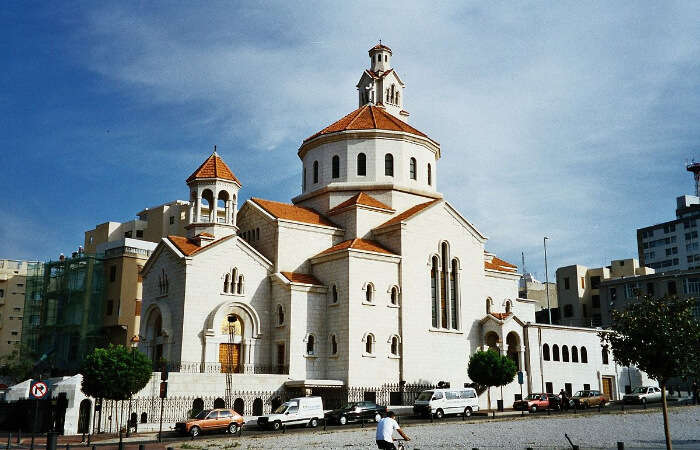 Beirut is the largest city in Lebanon and also the capital city of the country. Tourists visiting Lebanon often always visit Beirut and tourists from within the country also visit this coastal city in Lebanon. Beirut lies on the Mediterranean coast of Lebanon and more than 2 million people live in the Greater Beirut area.

Beirut has an interesting history and is one of the oldest cities in the world and has been inhabited for over 5000 years. Beirut went through the Hellenistic period, Roman rule, the Middle Ages, the Ottoman Rule and then finally the Modern Era. All these past rulers and periods of history have left influences on the culture and architecture of the city. Tourists truly enjoy exploring this ancient city and one of the draws for tourists in the city is the churches in the city.

Beirut plays a major role in the efforts of the Lebanese government to boost tourism in the country. Many locals in Beirut depend on tourism and tourism contributes to the city’s economy. The top tourist attractions in Beirut include the National Museum of Beirut, Corniche, the Grand Al Omari Mosque, Achrafieh etc. 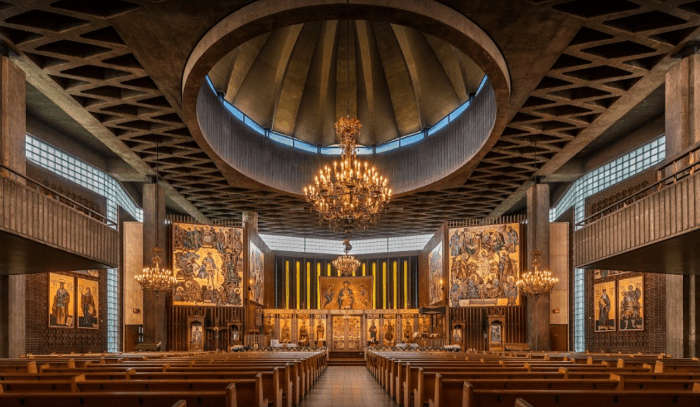 Built in 1767, and was built on the ruins of the Church of Resurrection and is a beautiful church in Beirut. It is the city’s oldest church and made of sandstone, marble, and limestone. This is an active church and is part of the Greek Orthodox Archdiocese of Beirut. The church has an archeological crypt museum and a great tourist destination in Beirut.

Must Read: 15 Best Places To Visit in Beirut On Your Middle Eastern Vacation In 2022! 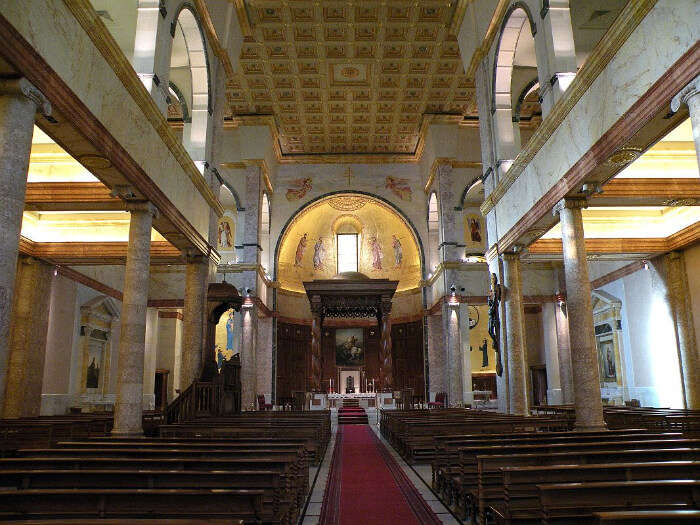 Maronite Catholic Archeparchy of Beirut is the archeparchy seat of the Maronite Church in Lebanon. The Maronite Catholic population of Beirut belongs to this faith and there are many cathedrals and churches in Lebanon which belong to this faith. St. George Maronite Cathedral in Beirut is a beautiful cathedral for tourists to visit in Beirut with neo-classical architecture and was built in 1894.
This church was built using limestone sandstone, granite, and marble and the architecture is inspired by the Basilica of Santa Maria Maggiore in Rome. Church of Saint Maron in Downtown Beirut and Saint Elias Maronite Church also in the same area are popular spots for tourists who want to see Maronite Churches in Beirut. 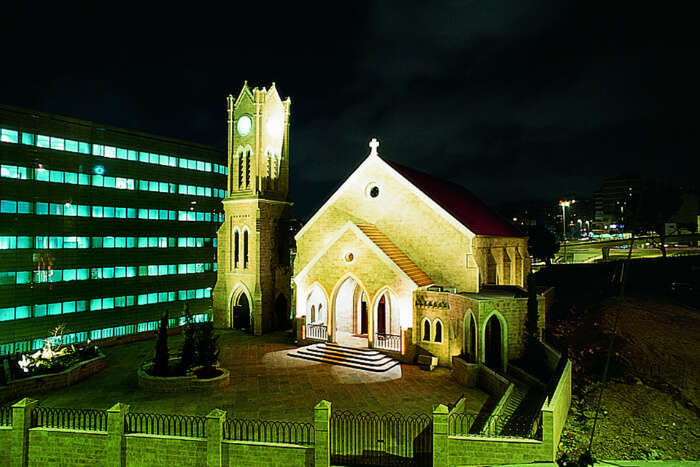 There are churches of different denominations in Beirut for tourists to visit while traveling to Beirut. Built in 1848, is the first native Protestant congregation in the Middle East and was built by American Missionaries. Built with sandstone and limestone and is a truly beautiful church in Beirut. 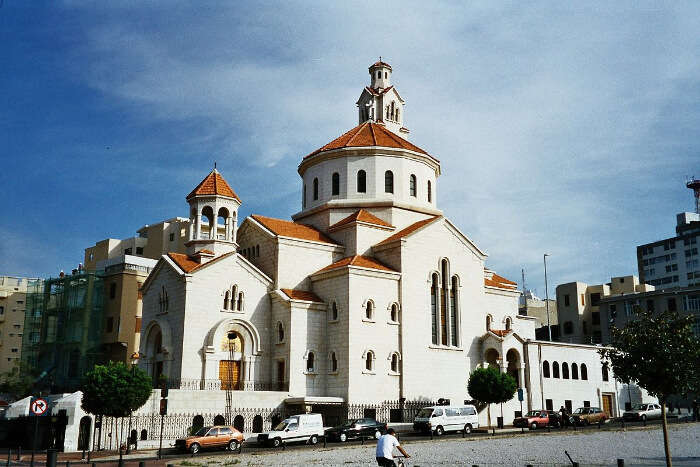 Suggested Read: 16 Things To Do In Beirut For The Perfect Mediterranean Experience In 2022 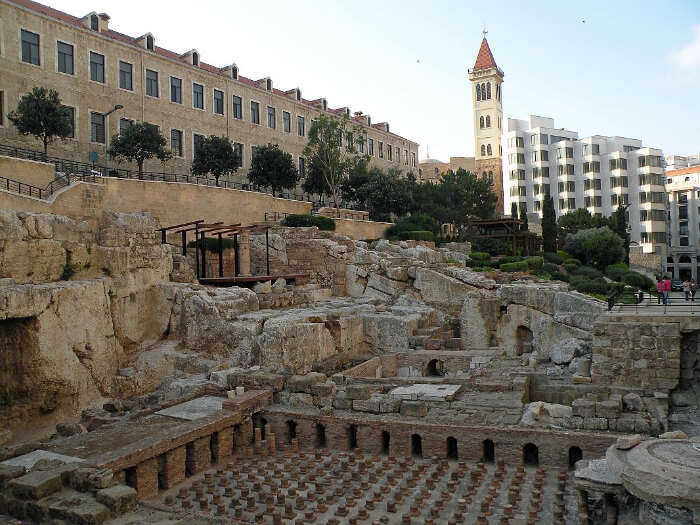 The St. Louis Capuchin Cathedral of downtown Beirut was built in 1864 in the style of Romanesque architecture with marble, sandstone and limestone and is a large church with a Bell Tower and serves the Latin Catholic community of Beirut.

Beirut. St. Catherine’s Church, Church of Saint Nicholas, Church of Saint Dimitri, Convent of Presentation of Jesus at the Temple, and Our Lady of Lebanon Church are some of the most famous churches in Beirut you must explore. So, without wasting any more time, plan a trip to Lebanon now.

How many churches are in Lebanon?

There are various churches in Lebanon, 44, to be precise. The most famous of them are Church of Our Lady of the Assumption, St. George’s Church, Church of St. Simon, St. Jacob’s Church etc.

What are the Churches in Beirut?

Is Lebanon a Catholic country?

Yes, there are almost 1.2 million Catholics who live in Lebanon.

What is the best time to visit Beirut?

What is Beirut known for?

Beirut is famous for being the ‘Paris of the Middle East. This place has the same old city charm like that of Paris. Beirut is really famous for the Lebanese food that you can try being here. Also, this place is famous for the ancient ruins as well as Ksara wine and various tourist attractions to visit.

What are the best places to visit in Beirut? 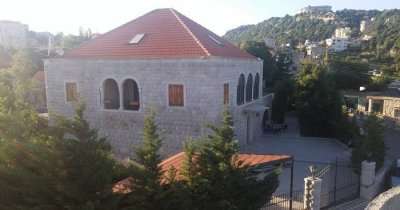 6 Beirut Villas Offering Exceptional Stay Worth Memories Of A Lifetime 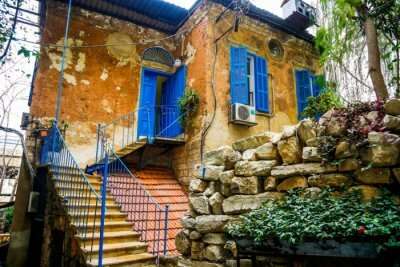 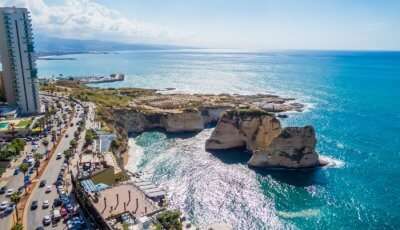 Beirut In August: Visit The Capital Of Lebanon During The Summer Season