Colombo In January 2021: A Detailed Guide To Explore The City Like Never Before! 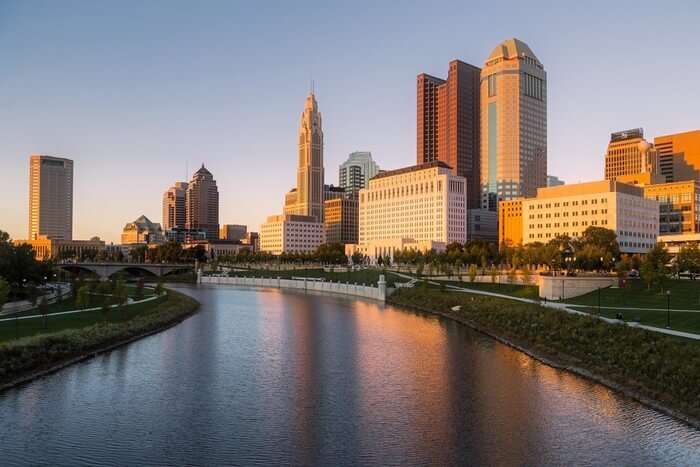 Colombo, the commercial capital is also the largest city in Sri Lanka. The population of the city of Colombo is around 5.6 million. The city has its roots back to the ancient history and the modern day Colombia represents a perfect amalgamation of past and present. The colonial buildings, museums, historical significance, all together make this city a perfect place to spend a holiday. A city of national heritage has a lot to offer to its tourists that will keep them entertained throughout the entire holiday. And the month of January is a great time for exploring this capital city. Find out everything you need to know before planning a visit to Colombo in January.

Weather Of Colombo In January

If you are planning your trip to Colombo in January, it is important that you are aware of Colombo weather January. All the other places in the world are generally very cold during the month of January, but Colombo is the only place where the temperature is humid in nature.

4 Best Places To Visit In Colombo In January

There are a lot of places in and around the city of Colombo, which all tourists should definitely visit if they wish to explore the beauty and the essence of the city. Here we have listed down places to visit in January.

Yes, the first place in the list is the lake and it is stunning in every aspect. Beira Lake serves as the major source of attraction for tourists all time a year. It also has a picnic spot that often stays crowded during weekends. The lake served as a mode of transportation for the goods from the city to the suburban cities in the earlier times, and the name it holds is Portuguese as well. The place is an ideal spot for the couples to roam around, especially in the evening when cool breeze take over the heat. One can also partake in different water activities like boating. The rich flora and fauna are also one of the reasons that keep tourists intrigued and you can spot many aquatic animals as well. Migratory birds add an additional charm to the lake. The most striking part of the lake is that it is located amongst the sky-touching building and serves as a sight of amusement.

Constructed during the British rule, the park was earlier named as the Victoria Park and was later changed to the Viharamahadevi Park. It is the heart of the Colombi city and also the oldest park and the largest park in the entire country. The park has a lot of things to explore rather being just a park with a sitting area. There are gardens that are beautifully designed, picnic spots under the trees, children playing area, Columbo Public Library that consists the war memorial that can strike your interest area. There is also a suspension bridge made over a small water body and it adds an extra charm to the overall ambiance and decoration. On the main road, you can also shop from the vendors like the souvenirs or some gift items. This park has all that a tourist would perhaps want to like to explore on their trip to anywhere. It brings the best of the world at one single place.

Location: Colombo, Sri Lanka
Time: Monday to Sunday from 7 am to 6 pm

If you are visiting Sri Lanka and not visiting the Gangaramaya Buddhist Temple then your trip will be incomplete. This is a site of great significance for the followers of Buddha and this place is also the epitome of architectural brilliance. The design is the perfect blend of the Indian, Thai and the Chinese culture. The place is not only a temple but also a Museum and a library. It is one of the top attractions for tourists all across the world visiting Colombo.

Galle Face Beach is an urban park that stretches along the coast in Colombo. This beach spans an area of 12 acres and is 500 meters wide. This promenade initially served as a venue for sports including golf, horse racing, polo, and football. This is the largest open space in Colombo and offers breathtaking views of the Indian Ocean. This is one place that you can visit to have a relaxed and lazy day on your vacation in Colombo in January. Come here at night for a long walk along the beach enjoying cool breeze.

Suggested Read: 12 Best Resorts In Colombo For A Refreshing Tropical Escape In 2021!

4 Best Things To Do In Colombo In January

When it comes to doing the things in Colombo in January, then it is a must to know things in advance. January brings the festive mood along and there are a few more things that can be experienced best in this particular month.

A lot of festivals are celebrated in Colombo all year round, but during the month of January, Duruthu Perahera Festival is celebrated with grandeur. This festival takes place every year in the Kelaniya Temple to celebrate the first visit of Buddha to this island.

For the first time, the festival was celebrated in the year 1927 and the tradition is still going on strong. It involves three processions that march around the whole capital city of Sri Lanka. This procession includes a lot of dancers and actors in it. There are carnival acts and elephant acts in the procession every year. Most of the people of Colombo dress up in white for this festival. Being a part of this celebration will add a great experience to your trip.

Suggested Read: Best Villas In Mirissa To Soak In A Mesmerising Sri Lankan Holiday Like Never Before!

The Colombo Museum is a place which tourists should definitely visit for a lot of reasons. The Museum was built in the year 1877 and it has a lot of historic treasure in it. If someone is looking to know more about the countrys historic treasure, then this is the place where a lot of information could be figured out. The architecture of the museums imitates Italian architecture. One thing that tourists should keep in mind is that the Museum is closed every Friday, so they should plan acordingly to visit here.

Dehiwala Zoo is another place that tourists should head to for experiencing adventure and wildlife of Sri Lanka. In the 1920s, it was started as a private business, but later on, the government purchased it and converted it into a zoological garden. It is the oldest zoo in Sri Lanka and is now a home for a lot of endangered species. At present, there are 65 species of birds, 72 species of mammals, 89 species of fish, 31 species of reptiles, 30 species of butterflies, and 3 species of amphibians. The elephant show is the main attraction of this place and it generally starts at 5 in the evening.

The Old Dutch Hospital is the oldest building standing the Colombo Fort region. This structure was built in the early 1600, during the Dutch colonial period. This massive building is now home to several cafes, restaurants and shops. Enjoying food under the shade of this historic landmark is one of the best things to do in Colombo in January.

Suggested Read: 10 Beach Resorts In Colombo To Experience The Sri Lankan Hospitality In 2021

What To Pack For Colombo In January

Further Read: Sri Lanka In January: Places To Visit And Things To Do

Colombo is a place of beauty, history, modernity, all at the same time. Visitors can get a glimpse of the entire country in this capital city. Colombo in January brings the best of all the travel experiences to you. With beautiful parks, great museums, and lakes to explore, the food and culture of the country will further fascinate you. So, plan a trip to colombo right away!

Is Sri Lanka hot in January?

Yes, Sri Lanka experiences hot weather during January. It receives sunshine and the chances of rainfall are low. So make sure you pack plenty of sunscreens. There may be a small amount of rain in higher central regions and cooler temperatures. Averages.

Sri Lanka weather in January offers the ideal temperature conditions. January to March is the best time to visit as tourists can expect dry and sunny days with very little rain.

What can I do in Colombo?

Is Colombo worth visiting?

Sri Lanka might be full of fascinating places to visit, but Colombo isn’t often listed as one of them. Even if you’re flying into the country for a short stopover, it’s faster and easier to stay in the beach town of Negombo rather than Colombo itself.

What is Colombo famous for?

Historically, Colombo referred to the area around the Fort and Pettah Market which is famous for the variety of products available as well as the Khan Clock Tower, a local landmark.

Which is the best area to stay in Colombo?

One of the best areas to stay in Colombo is the Kollupitiya neighborhood.

Snorkeling In Hikkaduwa: To Enliven Your Senses Amid The Crystal Blue Waters Of Sri Lanka In 2022!

An Ideal Post-Covid Travel Guide To Sri Lanka: A Perfect Solution For A Refreshing Vacay