Be A Part Of These Great Greek Festivals On Your Next Vacation To Greece! 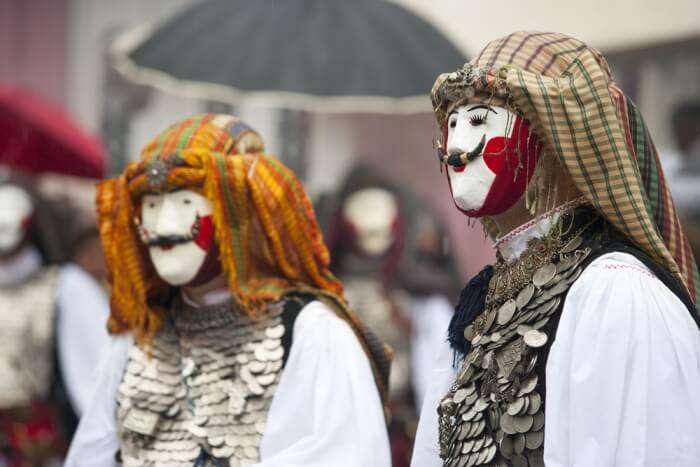 A countless number of people gets gather around, hundred of performances awaiting, dozens of Greek instrument tuned, countless food stalls set up. These festivals are also a celebration of the unity of the entire Greek community. Along with music, dance is another center of attraction.

Greek festivals are a celebration of Greek culture set up with Greek dance, music, food, and cultural display. If you’re planning to be part of some Greek festivals, here are some festival you wouldn’t want to miss:

Easter is one of the significant and scared festivals among the Greek festivals. Series of celebrations and a week of fasting for the honor and resurrection of the Jesus Christ are an important part of Greek life.

Friday is considered as one of the holiest days of the Easter week. This day continues the mourning process that started on Thursday evening. Every day in the church, the Divine Liturgy is read except this particular Friday. The bell of church rings all day in mournful tone and the flags are kept half-mast. Gases are not lighted for food in the house of devotees. If they do cook the food then the traditional food is cooked. Children and women take a flower to decorate the Epitaphio (bier of Christ) to the church. And it beautifully decorated.

Saturday night is important because the most important religious event Resurrection Mass (Anastasi) takes place. Eternal flame brought by military jet is carried to the local church by the priest. Churches are lighted up by the candles using the eternal flames and the occasion of resurrection is greeted by kisses and hugs. After celebrating the resurrection moments, families go to their home and break their fast in traditional food and crack the red-dyed eggs.

Must Read: Greece In December 2018: A Guide To Explore The Gem Of Aegean Sea During Winters!

Hellenic Festival is one of the significant art and music festivals in Greece, 2019 during the summer. The summer of Athens is buzzed with music, art, and culture. People from all over the world come to Athens and Epidaurus to experience the Athens and Epidaurus festival full with the artistic performance of music, dance, and drama. The festival pass from June through August. The ancient venue Odeon of Herodes Atticus in Athens is staged with different marquee events. Another venue is the Theatre of Epidavros which has perfect acoustics. This theatre is believed to have its first performance around 2000 years ago.

Carnival season of Greece is associated with the Greek Orthodox. The wild weekend of Carnival is as Apokreas in Greece which is glorious with different costume parades, feasts, and traditional dances. People celebrate with wearing different costumes and parade in the street eating and drinking. Families end the celebration and go on picnics and fly kites on the first day of Lent (Kathara Deftera). The biggest celebrations take place in Patra. Each year Apokreas’s date is different so you would want to check the calendar before planning the trip to attend Apokreas.

Dates in 2019: Between February and early March

August Moon Festival is one of the most enchanting festivals of the year. The magnificent view of moon arising in August can be seen from Athens, the capital city of Greece. People have numerous point of view regarding the full moon. Different night parties and events are hosted during the August Moon which is contemplated as the most beautiful and brightest moon of the year. On this day, the historic venues like Acropolis or Roman Agora show free moonlit theatre and dance performances.

Greek dedicate a week to celebrate the sea. The historical re-enactments are hosted throughout the country with different parties in late June. The maritime tradition with dance, music, swimming, and sailing are celebrated big especially in Soudha near Hania. The week is dedicated to honors the soldiers who contributed in the War of Independence. You might want to check locally before arriving because the program changes each year.

Dates in 2019: Between late June and early July

6. Krinos Taste of the Danforth

The popular Greek festival Toronto is Krinos Taste of the Danforth which is celebrated annually every August around the Greektown in Toronto. This festival is considered as the largest street festival where over a million people attend in Canada. The festival is celebrated by the traditional Greek food and culture. You would want to carry a plenty of pocket money to taste the various offer which will be there quite a lot.

Greek festival Boca Raton features the celebration with different traditional food made by a Greek chef followed by the different musical performances. This festival is celebrated in the south of Yamato, near patch Reef Park where families and friends enjoy the event with Greece’s favorite dinners with beer and wine. Different folk dances are performed and you can also learn their dances. You can also purchase some Greek souvenirs from the market.

These are the great Greek Festivals one could attend when they are traveling to Greece. All these festivals have great significance and are a delight to watch. So on your vacation to Greece , try and be a spectator any of these events and have a great time!

Soar The Skies With Skydiving In Greece: The Best Adventure To Experience In 2020!