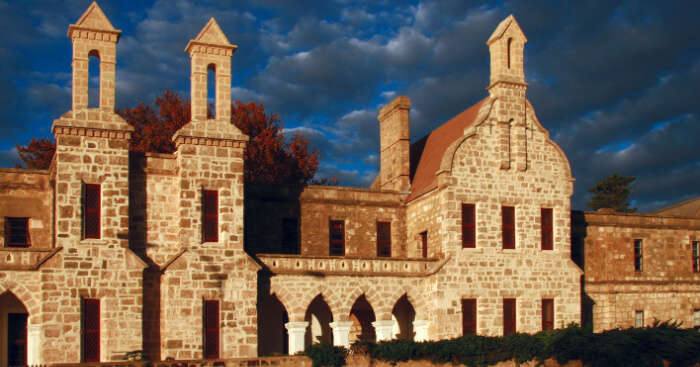 Have you ever come across something which scares the hell out of you? Many may answer horror movies like Conjuring or Annabelle. These are scary but at the end of the day, they are a work of fiction. Have you ever visited any haunted place for real? Well if spine-chilling, goosebump inducing experiences are your jam, why not visit a real haunted place. If you are in Australia and are bored of visiting Sydney’s Opera House or Uluru, then you can definitely thrill yourself by associating yourself with terms like paranormal, Halloween, ghosts, apparitions and peep into haunted places in Australia. It may sound scary but I we can promise you some really exciting times.

Haunted places you must explore in Australia

When you think of Australia, you think of the Great Barrier Reef and the white sand beaches, but Australia is much more than that. Explore the haunted places that’ll give you chills.

Being the most haunted town in Australia, Picton is also known for its countryside views and paranormal gardens. The town is located about 80 kilometres south-west of Sydney and has a historical significance due to its buildings and railway tunnels. The Mushroom tunnel also known as former Redbank Range Railway is the haunted tunnel.

There are famous tales of ghosts drifting around the tunnel. The stories are often linked with a terrible railway accident involving a woman named Emily Bollard. The reports suggest people often witness Emily and two other women ghost and also hear some scary voices, crying and shrieks. Many people have also reported a sudden drop of temperature, eerie shadows, a gust of winds, orbs, body chills and many weird happening inside the tunnel.

You must be thinking how come a house made for keeping Lunatics, an asylum be haunted? But paranormal activities cannot be explained. Built in 1860, the Ararat institution is located around 200 kilometres west of Melbourne is a governmental institution used to house lunatics of Victoria. Aradale Lunatic Asylum has a history of 130 years where around 13,000 patients have passed away tagging this place as haunted.

There are tales around people witnessing the presence of the ghost of Old Margaret, once held in asylum and tossed out in 1998. People claim to see her wandering in and out the halls of defunct asylum. There are also certain weird claims of people being oddly touched by cold hands while making way through the men’s surgery wing of the asylum. There are reports which suggest swishing of cold winds through the asylum blocks as well as noises of people screaming here and there. This can be really scary for a horror movie climax.

Must Read: 10 Thrilling Festivals In Australia That Will Give You Major FOMO!

Situated on the outskirts of the rural town of Junee, about 470 kilometres outside of Sydney. Monte Cristo Homestead was opened in 1885 is considered to be one of the most haunted private residences in Australia. The homestead has witnessed disturbances from at least ten ghostlike entities over the years.

There have many unexplained deaths such as a stable boy burned to death, a baby girl threw down the stairs, and a maid lobbed off a balcony and a caretaker shot dead among others. The owners of the homestead namely Reg and Olive Ryan run a ghost tour around this haunted property. Some people claim to have felt the presence of the original resident of the house, Mrs Clawley. The other reports suggest having seen strange lights, noises and full-body apparitions and many more.

Built-in 1830 as a timber station, Port Arthur is a world heritage site with a long history. The place was a convict colony use to convict hardened criminals. Convicts lived under unbearable conditions and were forced to hard manual labour. Many died under horrifying circumstances leaving their spirits behind as people acclaims. There was a huge massacre occurred in 1996 in Port Arthur.

A gunman named Martin Bryant killed 35 people and wounded 23 others. According to reports, this is one of the worst mass shootings in the history of Australia. The reports also suggest strange happenings inside the house of Reverend George Eastman. People have witnessed several spirits, heard the sound of slamming doors, footsteps and sudden appearance and disappearances of lights at random place and time.

Opened in 1964, Fremantle Arts Centre was known as Fremantle Lunatic Asylum is one of the world heritage sites. The place is the house of Western Australia’s meanest criminals as well as people suffering from various problems like alcoholism, drug addictions, the social problem as well as sunstroke. People were made to live in pathetic conditions as they all were criminally insane.

As per the tales goes there lived a woman named Martha Rendell whose red-headed daughter was abducted due to which she became insane and was housed into Fremantle Lunatic Asylum. People nowadays claim to have seen her ghost, fiddling with reading heads or redheaded people. They claim to have felt their hair being pulled from behind or any other paranormal sensations. There are reports which state 20 people were forced to sleep in one room, there has also been a murder of the asylum resident at the hands of a violent patient in the year 1900. The place is still very much haunted.

This haunted place has an interesting story behind it. In the late 1880s a local opera singer named Fred Baker seeing failure in his performances, renamed himself as Federici and posed as an European singer. The affluent populace started flocking the theatres to hear this exotic singer.
In March 1888, while he was completing a show at the Princess Theatre, Federici hit a high note as he was descending on to the stage on a platform. It was at this time that he had a heart attack and died on the spot. His death was witnessed by a stage hand. However after the show when the other actors found out about Federici’s abrupt demise, they were astounded. They swore that Federici had been on stage with them after the final curtain to bask in applause, sometime after he had already died. Since then it is rumored that the theatre is haunted by his ghost.

Excited to explore the spine-chilling places in Australia to witness and experience the unkown and the unseen? Let us help you plan your next trip to Australia.