10 Most Haunted Places In Gurgaon That Reveal The Paranormal Side Of Life In 2021! 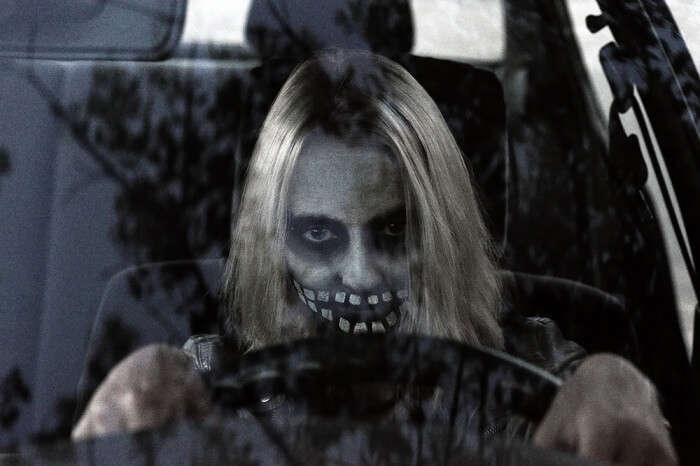 Most of us would have heard of terrifying ghost stories from someone at some point of time. But at times, it becomes hard to believe such stories until and unless one encounters such incidents in real life. If we go by the law that, “every action has an equal and opposite reaction”, then we might have to believe that there exists some negative energy to balance the positive energy, around us. Such theories might just force you to believe in the concept of haunted places. These places need not necessarily be near graveyards, or forested areas, but can be found anywhere in the world. Even a place as busy as Gurgaon. Yes, there are some haunted places in Gurgaon where people have felt the existence of such negative energies.

So, if you are on a hunt for adventure in this bustling city, then travel past these most haunted places in Gurgaon, to see if these stories are true or just a hoax.

If you were thinking that you had to go to a foreign land to have a paranormal experience then you were so wrong! These haunted places in Gurgaon are oh so scary. Read on to know where you can get the real thrill of it all.

Saffron BPO is, till date, one of the most haunted places in Gurgaon with a frightening story of an employee who had passed away even before she was employed.

According to various sources within the BPO, a lady by the name of Rose, who was working in the company since a long time, went missing suddenly. After enquiring from the landlord of her apartment, the employees learnt that no such lady ever lived in that house. Astonished by this news, the employees tried to dig deep into the case which led them to discover that she had passed away years ago.

This story of haunted BPO in Gurgaon traumatized the employees, and later it was found out that the office was built on a graveyard, which could have been a possible reason behind this horrific incident.

Must Read: 40 Most Haunted Places In India And Their Real Ghost Stories

A particular area of the Aravalli Biodiversity Park near the Mahipalpur and Palam range is known for certain paranormal activities that occur during the night. It is believed that this place is haunted by the spirits of an abused couple who were suffering from some sort of mental disabilities.

According to a legend, the Farrukh Nagar Fort, bordering the Sultanpur Bird Sanctuary, is inhabited by a spirit since the time of construction of the fort.

It is believed that the spirit guards the royal treasure of the fort, and hence, any treasure seeker who has tried to break into the fort has ended up being blinded, and kicked out of the fort.

All these incidents have rendered this area as one of the most haunted places in Gurgaon. You too, can try your luck and see if you can come out in the same condition that you stepped in.

Suggested Read: 20 Top Breweries In Gurgaon To Raise A Toast To Happier Times

If you are looking for mysterious places in India, then do explore Pahari Street in Gurgaon. It is also considered as one of the top haunted places in Gurgaon because of the stories of a Ghost car that roams around that particular area with the sole purpose of damaging the passing by vehicles.

According to various stories, it has been discovered that this ghost car intentionally crosses other vehicles at such a speed that the driver is compelled to change his path which leads to his fatal end. And the most horrific part of the story is that the ghost car has never been spotted after such ghastly incidents.

Ashoka Vihar Flyover also possesses its own version of being possessed by the spirit of a lost ghost. Many passerby’s have claimed to have encountered the spirit of a lady who obstructed their path to ask for directions to a certain place.

The ones who had stopped to help her out, ended up losing their own way, and mind forever. Stories of such dreadful experiences at this particular flyover have rendered it as one of the top 10 haunted places in Gurgaon.

You might have heard numerous stories of haunted houses, and the spirits that inhabit such places. But the story behind this haunted house in Gurgaon might scare the hell out of you.

Imagine living in an apartment where conversations from the washroom drop onto your ears, in the midst of quiet nights. And when you gather the courage to check for someone’s presence, emptiness is all that you find inside the washroom. This is how traumatized the residents of this apartment were, when they revealed such incidents to the public.

Many of the residents have even heard voices calling them. People who have lived there for a long span, are said to be suffering from depression and hallucination. Some believe that the noises are of a man who was brutally killed in the washroom of the apartment. However, the history to this haunted house in Gurugram is yet to be confirmed.

Suggested Read: 18 Picnic Spots Near Gurgaon In 2021 (Updated & With Photos)

The bustling Gurgaon-Mehrauli stretch that we all hate due to its traffic issues, is believed to be spooky at night.

Many BPO drivers have claimed to have witnessed a lady in white saree who runs alongside the vehicle with her long tongue and scary eyes, popping out to reach them. The lady is said to be a victim of a car accident, that took place several years ago, and now her spirit roams around this deserted stretch of MG road at night, making it one of the scariest haunted places in Gurgaon.

Suggested Read: 11 Most Haunted Places In Goa 2021: Sources Of The True Ghost Stories In Goa

Cybercity, which we all perceive to be posh and bright, was once a barren land with a lot of negative energies hanging around, and is now claimed to be one of the most haunted places in Gurgaon.

This gruesome story relates to a school that was being built on a land in Cyber City. The concerned authorities of the school had a hard time finding caretakers and guards for the land. This was due to the fact that the previously employed guards were traumatized throughout their night duty with dreadful screams of children, and were not able to handle the haunted environment and thus, ran away.

Later, it was discovered that the school was being built on the site of a children’s graveyard. The school authorities, then conducted rituals to get rid of the spirits, and now claim the land to be safe. But who knows, if the spirits pop out to haunt this place again.

Suggested Read: The Ultimate Guide To A Kickass Nightlife In Delhi In 2021

9. Apartment In Sector 56 -The Abandoned Area

Another apartment in sector- 56 Gurgaon has its own share of horror stories. This haunted house in Gurgaon is also believed to be possessed by some sort of spirit.

A resident of the flat, on sharing her horrendous experience stated that the house was full of uncanny activities. She could hear random knocks on the door, with no one outside. The lights went on and off suddenly on their own will. The most frightening part was when a toy car started moving on itself. These creepy activities made the family move out immediately.

Till date, the house is abandoned, and nobody dares to stay there as it is considered to be one of the most horrific haunted places in Gurgaon.

The Saraswati Kunj society is a popular name amongst the list of Gurgaon haunted places with a story a story which might make you pee in your pants!

On account of the incidents narrated by several passerby’s, it is believed that a 15-year-old girl, possessed by dual spirits of a man and a woman, haunts this creepy society. Many people have reported incidents of a girl sitting alone in the garden at night, and talking to herself in both masculine and feminine voices, while nobody has ever encountered such things in the daytime. So, are you ready to head to one of the most haunted places in Gurugram?

Further Read: Visit These 12 Haunted Places In Delhi In 2021 And Get Amazed By Their Haunted Stories

Terrified by such stories? Or do you possess the heart to explore these haunted places in Gurgaon all alone? Even if you don’t believe in such stories, just be careful while you travel past these creepy places on your trip to Delhi. And, if you know of more such places, do let us know in the comments section.

Which are the most haunted places in Gurgaon?

Some of the most haunted places in Gurgaon are MG Road, Saraswati Kunj, Ashoka Vihar Flyover, and Cyber City.

What are the popular things to do in Gurgaon?

What is Gurgaon known for?

Gurgaon is known for being an important financial city near Delhi. It is also famous for its booming infrastructure.

Is Gurgaon a safe place to visit?

Yes, Gurgaon is a safe place to visit. However, it is better to avoid the haunted areas and stay cautious.