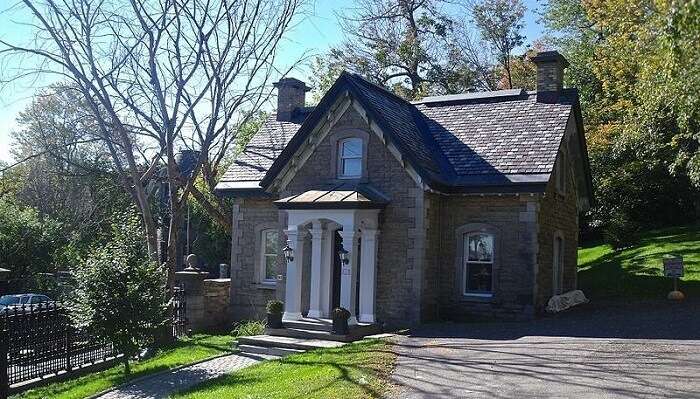 What do you think of a city that has been called ‘The city of words’, ‘The city of neighbourhoods’ and ‘The city of Mary’ but a city which turns into a spooky destination as soon as it’s dusk and has more than 150 documented ghost stories? Well, imagine all of that and now just know that Montreal is that city. If there was ever a competition for the most haunted places in the world, then Montreal will at least be a nominee. If you are a fearless traveler then go ahead and explore these haunted places in Montreal for experiencing an eerie side of the city. From ghost walks to haunted sites Montreal has them all and you should definitely explore them. Listening to stories about deranged spirits from your guides is another experience that you shouldn’t miss out on. If you want a spooky halloween then there is no place better than Montreal and if you just want some hauntingly dark experiences then too Montreal is the place for you.

Well, there definitely are places slightly more ghost ridden than others and the ones which will scare you to death but what is life if not a little adventure and a lot of risk?

Believed to be one of the most haunted places in Montreal, the Mount Royal is often called the “City of the Dead” and is located in the heart of Montreal. The place becomes very shadowy aat night and is home to the largest burial ground in North America if one combines all of its four cemeteries. It is rumoured that ghostly spirits wander around these graveyards and the most infamous ghost spotted is that of an Algonquian warrior.

Must Read: Montreal In September: Your Guide To Experience The Best In The City

It is rumoured that the parking lot of this building is haunted by the spirit of a ghost who was the son of the owner of this house and is searching for its demolished wine cellar. One of the most haunted places to visit in Montreal, the Standard Life Building is a place which is not for the faint hearted and it is a 22 storeyed building and something you must not miss out on your trip to Montreal for a spooky experience.

Suggested Read: Day Trips From Montreal: 5 Places In Canada To Have Maximum Fun In Little Time

One of the most frightening and yet interesting places to visit in Montreal is the Malefycia Haunted House. With just a handful of haunted houses to visit in Montreal, this place gets noticed easily and has a different kind of spookiness that is very hard to resist. If you want your Halloween to be a scary and shadowy affair then this is the place for you and if you just want a haunted house experience then too this is the place for you.

One of the scariest places to visit in Montreal, Dorchester Square is a very famous park in Montreal and holds a macabre secret underneath those beautiful lawns. The park is built atop the old Sainte-Antoine Cholera Cemetery and almost 70,000 skeletons are buried under the ground, and most of them were buried in mass graves. If rumours are to be believed, there is a paranormal activity around the square. Given the fact that there were many who were buried alive because there was a cholera epidemic some say that the spirits return to haunt the place.

A historical museum displaying portraits and things from the city’s past, Chateau Ramezay is a stone edifice on Notre Dame St.E and in it lies 300 years of life. Used for multiple purposes and once even home to the governor, this museum is believed to be one of the most haunted places in Montreal. There have been scary scenarios such as; once staff members found brochures scattered on the floor behind closed doors and another one where just two books fell from a shelf and rest everything was in its place.

Suggested Read: Montreal In December Is A Magical Paradise That No One Can Afford To Miss!

Now, Quartier des Spectacles in Montreal is located at the footprint of Montreal’s Old Red Light District which is infamous in not just Canada but all of North America. Prohibition was implemented in the year 1919 and Montreal was the only city that did not join in therefore developing a Red Light District which was a crime-ridden place. The place had a very dark side too and it is believed that even today the hotels, bars and pubs are haunted by spirits.

Suggested Read: 7 Best Places For Budget Shopping In Montreal To Shop Till You Drop

The city of Mary hides some spooky secrets and many fascinating mysteries. We dare you to visit these haunted places in Montreal and not skip a heartbeat. The spookiest of places in Vancouver offer the eeriest of experiences but before planning your spooky vacation to Canada make sure that the daredevil in you is ready and that you won’t give up.

Q. Is there any entry fee to visit haunted places in Montreal?

A. Yes, there are a few Haunted houses that require entry fees to be paid for the venture. Otherwise, many haunted places are free of cost. The tickets are available online on the concerned haunted house websites.

Q. Which haunted place is the oldest one in Montreal?

A. The Saint Paul Street in Old Montreal is the oldest and one of the most haunted of all the other haunted houses in Montreal.

Q. Is visiting these haunted places in Montreal safe?

A. This depends on an individual. For many, visiting haunted places is more of an adventure ad, it can be the worst experience. However, try visiting in groups and if a place is prohibited to visit, don’t visit at all.

Q. What is the history of Montreal’s old Red-Light district?

A. In the early mid-nineteenth century, it was a land to many cabarets and illegal prostitution houses. Red Light is the term given to them that recalls the old lantern hung on the doors of brothels in the neighborhood.

Q. Which are the most haunted places in Montreal?

A. The Wellington Tunnel, which is located at the foot of the Wellington bridge is the most haunted place in the whole of Montreal. Real apparitions and the moving objects have been observed there.

Q. Are there any guided tours for haunted places in Montreal?

A. Yes, there are a few guides who will take you through the dark world of Montreal, explaining to you their history and everything.