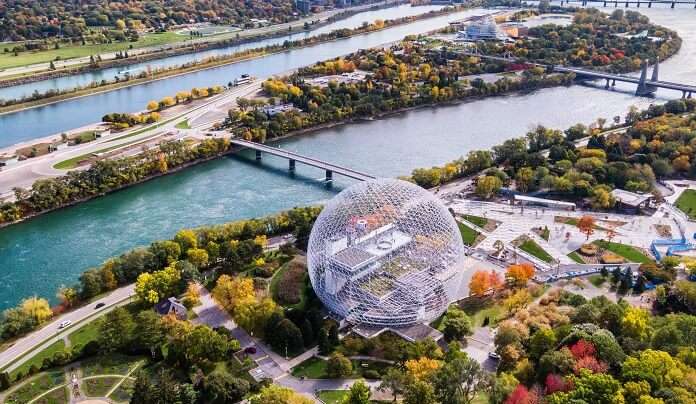 A perfect blend of the urbanity of North America and the Old-World charm of Europe, Montreal possesses the beauty of both the worlds. Among a very few destinations that feature such a contrasting, yet fascinating atmosphere, Montreal has got its own charm and beauty. While boasting along and glorified French past, Montreal hods a handful of museums, art galleries, and charming parks. There is allot for you to enjoy a Canadian vacation. Making this destination a big hit among global travelers are the Montreal rivers that which allows them to soak in their tranquility. While offering numerous breathtaking views, the rives also offers one to indulge in several water activities that will further make your holiday an exciting one.

Take a look at these scintillating waterbodies that will lend you some blissful moments. Also, don’t miss to visit any of these on your next Canada trip. 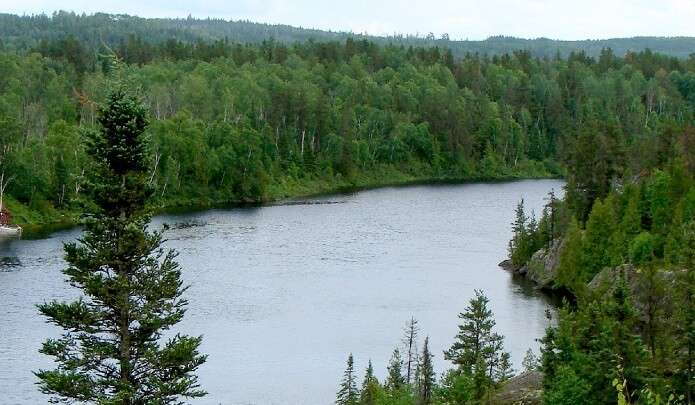 One of the famous water bodies, Montreal River travels 200 km from its source at Smoothwater Lake to its mouth at Lake Timiskaming on the Ottawa River. This river which has an inverted checkmark shape is considered as one of the prominent sources of hydroelectricity. Further, the rives make its way towards the north and takes in several tributaries and reach Inlet Bay on Gowganda Lake and the community of Gowganda. Being one of the oldest rivers in Canada, it has its own significance and travelers from faraway lands come to visit this god’s own beauty.

Must Read: Places To Visit In Montreal: 7 Best Destination To Be Explored In 2022 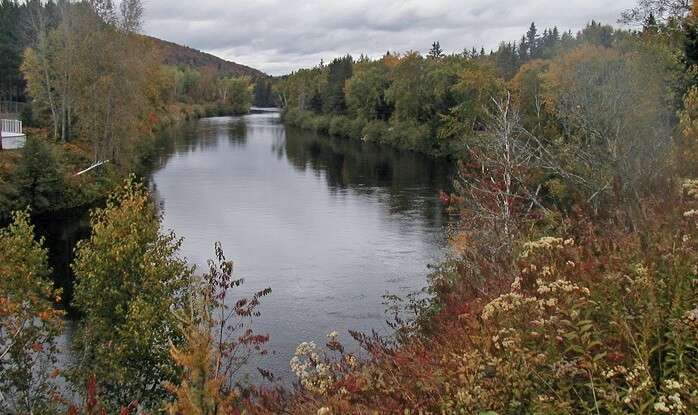 A renowned river in western Quebec, Canada, the Rouge River empties into Ottawa River near Pointe-au-Chêne and flows north of Mont Tremblant. The river is also called “The Red River” owing to the reddish tone of its sandbanks. If you are an adventure junkie, then this destination is meant just for you. You can enjoy a thrilling day while rafting down the river. Also, the river is known to be one of the best whitewater rivers in North America. You will find that the main water area is beautified with valleys, lakes, hills, and waterfalls. Also, while boasting impulsive rapids breaking in a cascade of ledges, waves, and drops, Rouge River makes an ideal spot for all the adventurers.

Rivière à l’Orme is among the famous rivers in Montreal that captivated travelers’ attention with its serene waters. The river which is a tributary of the Lac des Deux Montagnes flows into the territory of Senneville and Pierrefonds. The course of the river mainly passes through urban areas with urban park areas. Annually, the surface of the river is generally frozen from mid-December to late March, however, the period of safe ice circulation is usually from late December to mid-March.

When talking about rivers in Montreal, Rivière des Prairies always makes a great entry. The Rivière des Prairies which is actually the River of Prairies is a delta channel of the Ottawa River in southwestern Quebec, Canada. The river comprises a huge number of islands that further enhance its beauty. An island like the Îles Laval, Île Bizard that belongs to Laval and Île de la Visitation which is a nature park that belongs to Montreal. Apart from this, the natives called the river Skowanoti which translates into the “River behind the island”. 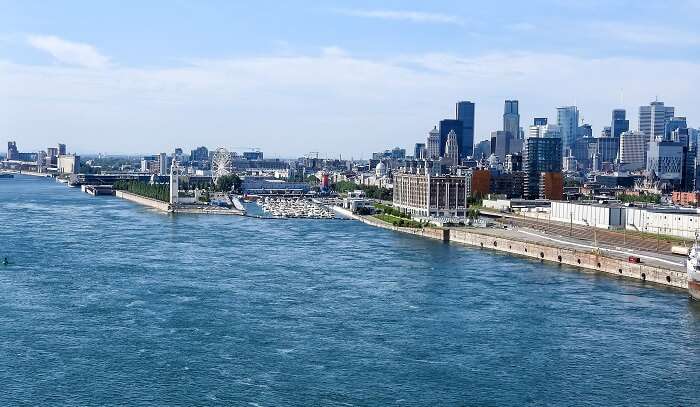 The list of rivers in Montreal will be incomplete Saint Lawrence River is not in it. Renowned for its magnificence, this river runs northeast from Lake Ontario towards the Atlantic, where it forms the Gulf of St. Lawrence. Compared to the other Rivers in Montreal, this is a fairly young one and said to be formed just about 10.000 years ago or so. Along the River, there is a beautiful plant life that includes open taiga, coniferous forest, and mixed forest areas. Also, the river course experiences a massive migration of bustards, ducks, and geese, which make use of the sandy shores or river reefs as seasonal food sources

Further Read: Day Trips From Montreal: 5 Places In Canada To Have Maximum Fun In Little Time

So now when you have the list of best rivers in Montreal, don’t miss to visit these beauties on your next trip to Canada. While visiting these nature’s own crafted marvels, get ready to treat your senses. Also, make sure to partake in river rafting at Rouge River and revive the adventure junkie in you! So, gear up for a nature retreat and seize the tranquil moments while visiting these Montreal Rivers.