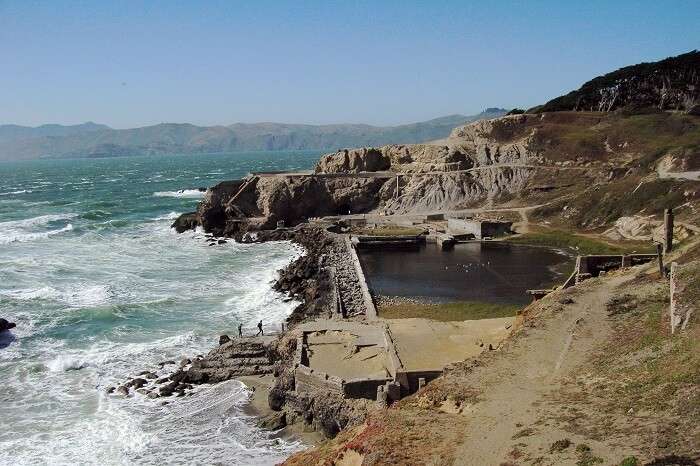 San Francisco is a hilly city perched at the tip of a peninsula and is surrounded by the Pacific Ocean on one side and by the San Francisco Bay on the other. San Francisco is a historically rich city and has lots to offer to tourists who are out to explore. Apart from the usual sightseeing spots and touristy things, if you are looking for some unconventional things to do when you are in the region, we have exactly what you need. Here is a list 11 haunted places in San Francisco that you must visit when you are in the area for an out of the world experience.

11 Most Haunted Places in San Francisco 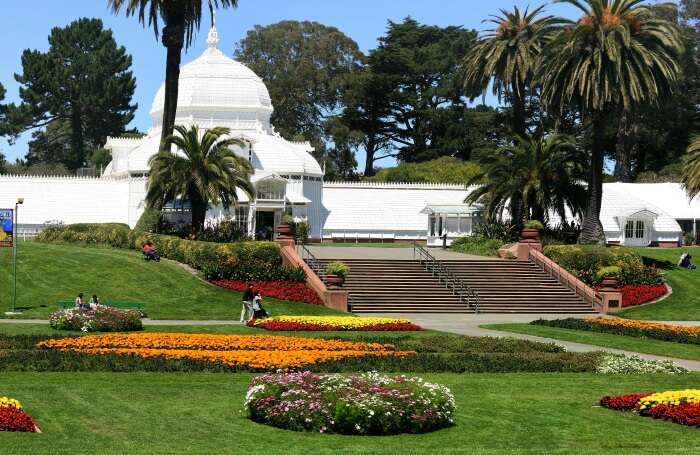 A lot of tourists and locals have had spooky experiences at the Golden Gate Park. People driving through the Golden Gate Park are stopped over by a Police Officer, in spite of no violations. When these unsuspecting people step out to pay their fines, they are startled to see that the officer who is listed on their ticket was dead years back. Even the local police station was and continues to be puzzled about these occurrences. If you find an officer following you in the park, just continue to drive or walk outside of the park, the spirit of the Police Officer will vanish as soon as you leave the park.

Must Read: 10 Brilliant Day Trips From San Francisco That You Can Take With Your Globetrotter Buddies In 2022 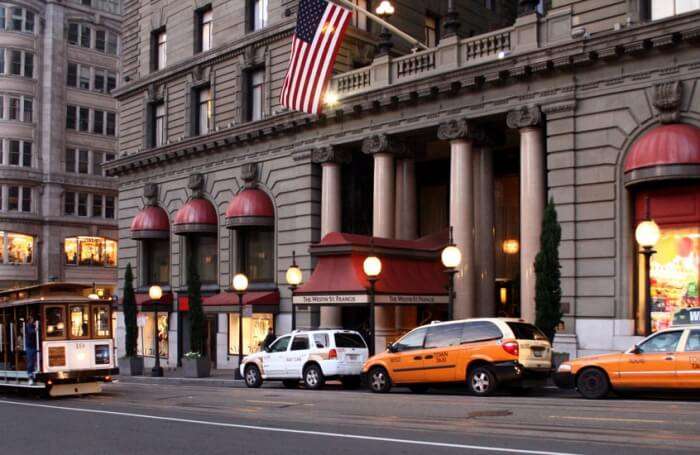 It is widely believed that the famous celebrities of Hollywood have been haunting Union Square’s St. Francis Hotel for years. The hotel was the place where the yesteryear actor John Barrymore died in an earthquake that struck San Francisco in the year 1906, as the actor was sleeping in one of the hotel rooms. Another story is about a party that was held in suites 1219 and 1221 by Fatty Arbuckle, a silent-movie comedian. This grand party apparently got out of control, which led to the rape and murder of Virginia Rappe, an American model and silent film actress. Al Jolson, an American singer, comedian, stage and film actor also died in the same suite during a poker game in the year 1950. The hotel staff and hotel guests have reported that they have sensed and felt Barrymore’s, Arbuckle’s and Jolson’s spirits in the hallways of the hotel. 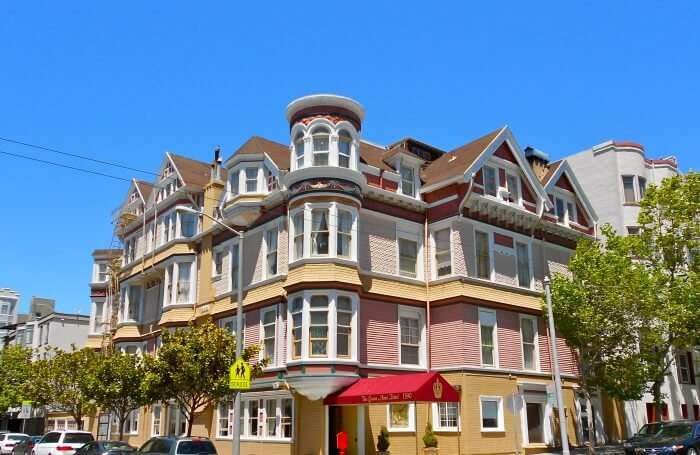 Built in the 1890s, the Queen Anne Hotel is located near the Pacific Heights and the Japantown districts. The hotel was originally a school for young girls and was also the residence of a very passionate teacher Miss Mary Lake who lived in Room no 410 of the school. Since schooling was not easily accessible to girls in the olden days, the school shut down. Due to this, Miss Mary was left heartbroken due to her attachment to the school and died some years later. A lot of visitors have reportedly seen Miss Mary Lake walking about the hallways and have felt her presence in her old room. The school has now been transformed into a hotel where you can book a stay and experience the spook for yourself. 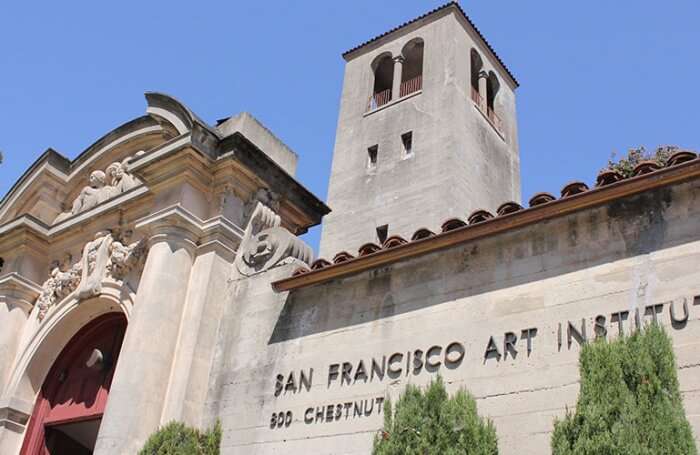 Located near the North Beach and Russian Hill, the San Francisco Art Institute was built in the 1900s. The spooky bit is that this Art Institute was built over an old graveyard. The tower of the building is one of the main haunted places of the Institute. A lot of students, professors and visitors have reportedly heard loud screams and thumping footsteps when they are alone in the Institute. A few have also reportedly seen ghost images at times. The construction workers working on the tower inside the Art Institute had also experienced very close encounters with ghosts. 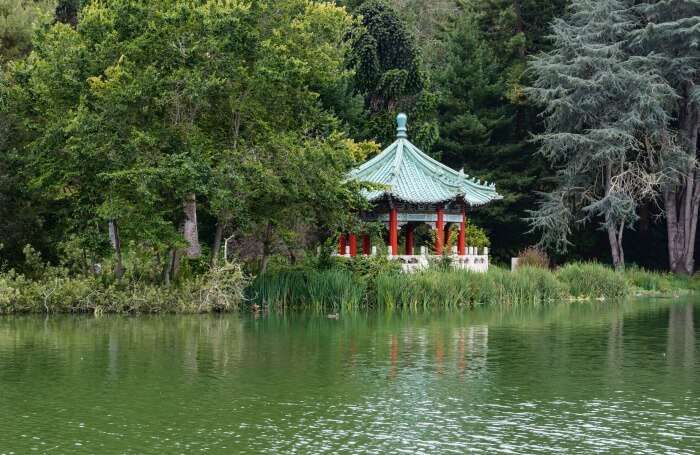 One of the most spoken about haunted places in San Francisco is the Strawberry Hill and Stow Lake. The Stow Lake is a man-made lake located on the eastern side of Golden Gate Park. The Strawberry Hill is frequently visited by people who come here to hang out and relax or, go boating around the lake. A lot of visitors have reportedly seen a woman in a white dress with long lustrous hair and a glowing face, walking around the area. There are two different stories that explain why this strange woman roams about the Stow Lake. Some locals say that the woman was from the 1930s who became pregnant out of wedlock, and to hide her pregnancy, she disposed off her baby near the Stow Lake and killed herself. Frequent visitors claim that this lady still strolls up and down the road looking for her baby. Another story says that the woman who roams about the street was a mother who was out on a walk with her baby in a stroller but she lost control of the stroller which went tumbling down the road, with the baby in it. The mother entered the lake in a desperate attempt to save her baby but unfortunately, none of the two was found ever again. 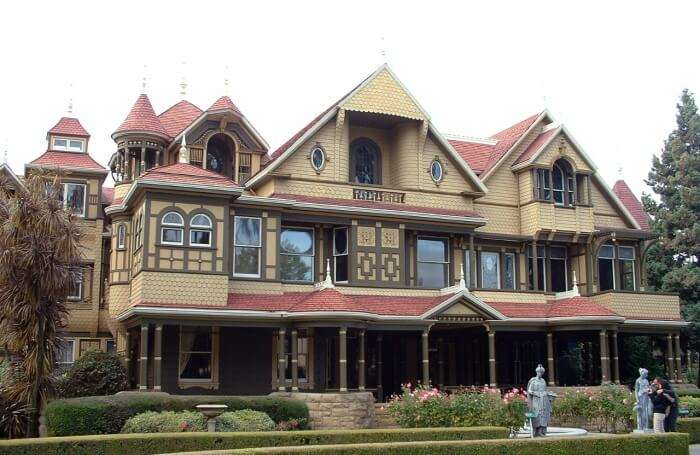 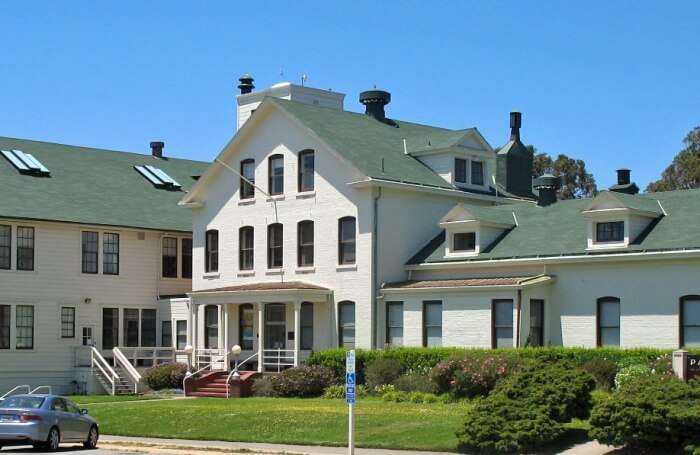 It is said that the spirits of quarrelling politicians haunt the Haskell House at Fort Mason. USA Senator David Broderick was shot dead during a duel with the State Supreme Court Justice, David Terry in the year 1857. On the scheduled day of the duel, the San Francisco sheriff tried to stop the two politicians but the judge ruled out any law being broken which led the duel to be rescheduled for the next morning where Terry and Broderick appeared with their seconds and with over 80 spectators. In the course of the duel, Terry shot Broderick causing instant death of the latter. When Fort Mason was owned by the military, they reported seeing the ghost of Broderick, marching up and down the place.

Suggested Read: 9 Best Casinos In San Francisco Which One Must Definitely Visit And Play A Game Of Poker! 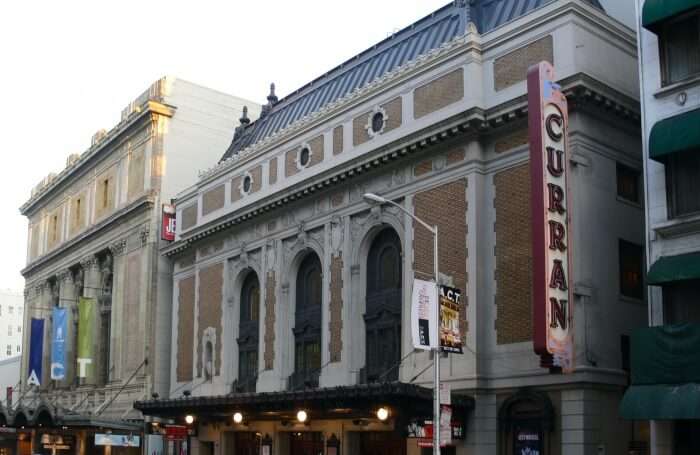 Curran Theatre has a stunning architectural structure and is a historical building which is said to be haunted by the ghost of a ticket checker. Lots of guests and visitors have reported seeing the ghost of a ticket checker who was murdered in the 1920s. Some others have also reported that the theatre is haunted by a cashier who was killed during a burglary in the year 1933 and also by a young girl who was apparently killed in a car accident in the 1950s. 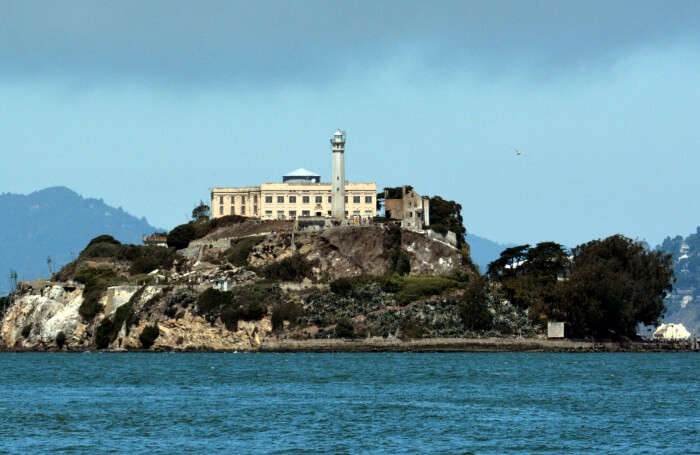 Alcatraz is the most popular prison site of America, seated on a rock in the heart of San Francisco Bay, this prison site is also one of the most haunted places of San Francisco. There are lots of stories about spirits residing in the halls of Alcatraz. People have reportedly heard sounds of screaming and whistling men, clanging metal doors and loud screams that were heard from within the premises of the prison house. One of the most spooky stories is that of a park ranger who reportedly heard banjo music playing from one of the shower rooms but then found nothing when he checked inside. It is believed that Al Capone (a very famous mobster. was the only one who was allowed to play his banjo when he was in the shower and it is his spirit that still plays the banjo in the shower rooms. San Francisco’s famous Valencia Street located in the Mission District was once home to San Francisco’s mortuaries. A streetcar was driven directly to the Bay Area from Mission Street and then the bodies of the deceased were prepared by the Mission Street station and then taken to the cemetery. The bodies were stored in the basement of the Gantner Maison Domergue Funeral Home (now, The Chapel. where even the incinerators were kept, under the embalming room. Employees working in the area have often spoken about paranormal activities where they experienced exploding bottles and echoing footsteps from the empty building. Some workers even reported that they saw faucets being turned on and off with flying votive candles. One of the creepiest things is the ghostly figure of a small girl child that haunts the venue at night. 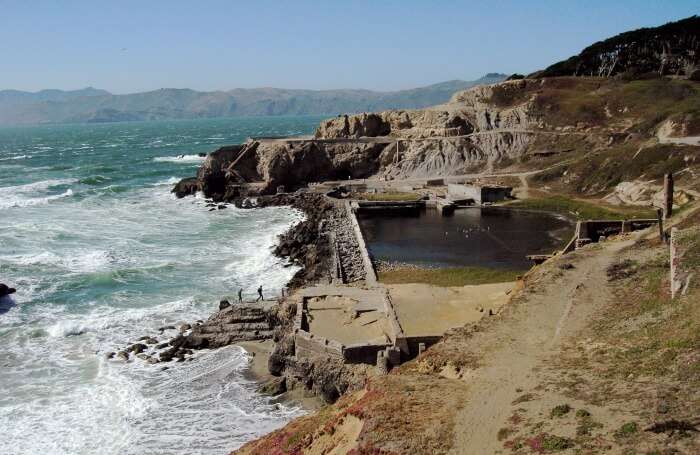 The Sutro Bath is a huge swimming pool complex that was opened to the public after it was constructed in 1896. These baths were often frequented by the wealthy locals over weekend holidays. Unfortunately, these baths burned down in the 1960s, creating severe damage which made them dysfunctional. The tunnel of the Sutro Baths is said to be haunted as many human sacrifices had taken place at the tunnel. It is said that if you visit the tunnel area at night and light a candle, a silhouette appears to take the candle away from you to blow off the flame and then throws it in the water.

Further Read: San Francisco In December: An Ultimate Guide To Witness The Snowy Magic & Charm In The City

If you are not sure about visiting these places all by yourself, we suggest you look up the ghost tours that are organized by tour companies of San Francisco. There are lots of ghost tours in the city that walk you through some of most haunted spots where the spooky stories of mysterious deaths, crimes, murders and spirits haunting famous places, only send chills down your spine. San Francisco is not only a typical travel destination but also has lots of opportunities to engage travellers in bizarre but intriguing horror stories. Book a ticket to USA now to visit these places if you dare.