Top 15 Historical Places in the World to Explore in 2021 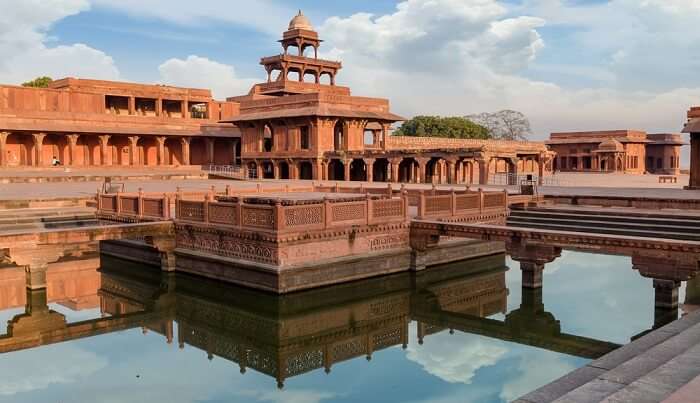 The world is replete with historical marvels exuding an epitome of human history. Numerous civilizations have built incredible sites that are still intact in the 21st century. Today is the time when breakthrough inventions and technologies have taken place all over. However, in the ancient times when there was no such element, masterminds were still able to show their technological brilliance. Incredible, isn’t it? Here are some of the most captivating historical places in the world offering travellers a peek into the history. You can add some of this to your historical tour of the globe.

15 Best Historical Places in the World

If you are intrigued by history, check out these ancient wonders that have been oozing beauty since centuries:

With a height of 73 metres, Qutub Minar is one of India’s tallest minarets. It is also a UNESCO World Heritage Site and the world’s tallest brick minaret. Qutub Minar was inspired by the Minaret of Jam in Afghanistan in terms of architecture and design, and it is one of the best historical places to visit with your family. This famous structure in Delhi that tells the story of the city like no other.

Ajanta Caves is a protected monument under the care of the Archaeological Survey of India, and it consists of 32 Buddhist caves not far from a historic village of the same name. Furthermore, the Ajanta Caves have been a UNESCO World Heritage Site since 1983. The caverns have paintings on the walls, many of which are still blazing with their original colours, and the outside walls are covered with wonderfully done sculptures, making it one of the fascinating historical places in the world.

Location: Near Ajanta village, North-central Maharashtra state, Western India
Entry fees: ₹ 40 for Indians and ₹ 600 for International visitors.
Timings: Open between 09:00 am and 05:00 pm and on Mondays, the site is closed.

The Colosseum, also known as the Flavian Amphitheatre, was a massive amphitheater established in Rome during the reign of the Flavian emperors. The huge edifice, which stood four storeys tall and spanned 189 by 156 metres (620 by 513 feet), had eighty entrances to the amphitheatre—seventy-six for clients, two for event participants, and two for the emperor alone. It is now one of the top historical places in the world, with millions of tourists each year.

Chichén was built in the 6th century CE, possibly by Yucatán Peninsula Maya people who had occupied the region since the Pre-Classic, or Formative, Period (1500 BCE–300 CE). Chichen Itza is a Mayan language word that means “near the mouth of the Itza’s well.” This historic site was designated as a World Heritage Site by UNESCO in 1988, and it was recently named one of the New Seven Wonders of the World.

17 Historical Places In Gujarat That Uncover A Legendary Past

The Great Sphinx of Giza, near Cairo, is arguably the world’s most prestigious sculpture. The Great Sphinx of Giza in Egypt, built-in 2500 BC during the Fourth Dynasty of the Old Kingdom, lies on the Giza plateau directly in front of the Great Pyramid of Giza. Although the primary motive for the Sphinx’s construction is unknown, some historians and archaeologists think the sculptures were sculpted to protect vital places that play a crucial role in keeping up to the status of being one of the iconic historical places in the world.

The Aqueduct of Segovia was erected under Roman authority in the second half of the first century A.D. and carried water from the Fro River to the city until the twentieth century. The Segovia Aqueduct is a one-of-a-kind Roman Empire construction that retains its original character and serves as a significant and evocative element of the region’s environment. In 1985, the aqueduct was added to the UNESCO World Heritage List.

Mogao Caves are without a doubt one of the most remarkable historical sites in the world.
The ‘Caves of the Thousand Buddhas’ (Qianfodong), commonly known as Mogao, are a wonderful Buddhist art treasure trove. Extensive murals portraying Buddha tales, Buddhist sutras, portraits of cave benefactors, decorative motifs, and scenes of social and economic life adorn the walls and ceilings of the painted caverns, which occupy over 500,000 square feet.

Mahabalipuram is one of India’s oldest cities. It is recognized as a centre for religious monuments from the 7th and 8th centuries. You’d be ecstatic to see the UNESCO World Heritage Site, which includes temples built during the Pallava era. The Mahabalipuram’s Group of Monuments, which includes rock-cut cave temples, monolithic temples, bas-relief sculptures, structural temples, and excavated temple remnants, has a unique place in classical Indian architecture.

Location: It lies along the Coromandel Coast of the Bay of Bengal 37 miles (60 km) south of Chennai (Madras).
Entry fees: The entry fee is ₹ 10 for Indians and ₹ 340 for foreigners.
Timings: 6 am to 6 pm every day.

The Luxor Obelisk is a notable landmark in global history, dating back over 3,300 years and built of red granite. It includes hieroglyphics from the Egyptians depicting the rule of Ramses II and Ramses III, making it an important monument in world history. The two obelisks from the Luxor temple were offered to the French by Muhammad Ali, the first governor of Egypt, and King Louis Philippe gave Mohammed Ali a huge clock in exchange for the obelisk, which is still in place in the mosque’s clock tower.

The Taj Mahal, which stands magnificently on the banks of the Yamuna River, is a symbol of love and passion. The Taj Mahal was constructed by Mughal emperor Shah Jahn (reigned 1628–58) to honour his wife Mumtaz Mahal (“Chosen One of the Palace”), who died in childbirth in 1631. The name “Taj Mahal” comes from Shah Jahan’s wife’s name, Mumtaz Mahal, and it means “Crown Palace.”, this magnificent architecture is definitely one of the best historical places in the world.

Location: Dharmapuri, Forest Colony, Tajganj, Agra, Uttar Pradesh 282001
Entry fees: The Taj Mahal entry charge is ₹ 45 for Indians, ₹ 1050 for foreigners or NRIs, and ₹ 535 for SAARC/BIMSTEC tourists. A Taj Mahal ticket with entry to the Mausoleum is ₹ 200 extra.
Timings: every day 6 am to 7 pm.

The Trajan’s column constructed by the Roman Senate in 113 A.D. to commemorate Emperor Trajan’s triumphs over the Dacians is one of Imperial Rome’s best-preserved monuments. The column is composed of fine-grained Luna marble and rises 38.4 metres (c. 98 ft) tall atop a tall pedestal. The iconographic depiction engraved into the Column in swirling friezes exposes Trajan’s chronicle of the Dacian Wars, and visitors flock to wonder at the sheer grandeur of the column.

The Basilica of St. John is a large basilica at Ephesus built in the 6th century by Emperor Justinian. On September 8, 1987, this Catholic Church was added to the National Register of Historic Places. The church is designed in the Northern Italian, or Lombardy Romanesque, style, and is similar to Saint Paul’s Basilica outside Rome’s Walls. The Cathedral features historically significant architecture and also over a century of religion making it one of the must-see historical places in the world.

Didyma, brimming with history, is one of the most important sites to see ruins and take a trip down memory lane. This site was originally a Hellenic sanctuary on the northwest edge of the city. Due to the massive temple and hence the oracle of Apollo, it was initially proclaimed a sanctuary. It is advised that you visit the Temple in the late afternoon and relax on one of the restaurant terraces while watching the sunset over the temple.

Historical Tours In London: An Encounter With The History And Culture Of This British City!

The Khai Dinh Tomb in Vietnam is one of the most fascinating historical sites in the world. It was built for the Nguyen Dynasty’s twelfth monarch, Khai Dinh. The architecture of this tomb is a blend of Vietnamese and European styles. The tomb’s outside is covered in blackened concrete, giving it a magnificent appearance, and the interior is considerably more colourful, with a plethora of mosaics.

The Leaning Tower of Pisa, or Torre Pendente di Pisa in Italian, is a mediaeval tower in Pisa, Italy, is one of the top historical places in the world. It is renowned for the settlement of its foundations, which led it to lean 5.5 degrees off the vertical in the late twentieth century. The builders of Pisa’s Leaning Tower didn’t want the structure to lean. Nonetheless, the building’s unintentional tilt became famous, and it was even recognized as a UNESCO World Heritage Site.

7 Wonders Of The World: Out With The Old, In With The New

Apart from the above listings, there are numerous unknown historical places in the world to explore and get insights into the world’s history. A historic site is the only place where fragments of political, military, cultural, or social history have been retained because of their cultural heritage value. So, while planning an international tour of history, be sure to include all of these magnificent historical sites in your itinerary and let TravelTriangle help you enjoy a fantastic vacation.

Frequently Asked Questions about Historical Places in the World

Which are the top-rated historical places in the world?

These are some of the most famous historical sites around the world that history buffs can visit:
1. Taj Mahal
2. Leaning Tower of Pisa
3. Khai Dinh Tomb
4. Basilica of St. John
5. Mahabalipuram
6. Great Sphinx of Giza
7. The Colosseum
8. Aqueduct of Segovia
9. Ajanta Caves

Is it safe to travel during Covid times?

The tourism industry is slowly reopening, and you can visit most of the above-mentioned places and more if travelling in a small group while following all the guidelines released. But don’t take our word for it: check up on the latest travel advisory, Covid-19 measures, and the number of cases before your departure.

What are some of the best historical places there in India?

Which city is the oldest city in India?

Varanasi, the oldest city in India, is located in the northern Indian state of Uttar Pradesh and dates back to the 11th century B.C. The city, also known as Banaras and Kashi, is situated on the Ganges ghats.

Which is the oldest temple in the world?

Gobekli Tepe in Turkey is the oldest temple in the world.

What is special about the Taj Mahal?

The Taj Mahal is one of the most important Mughal Empire architectural marvels that has survived in all of its splendour and refinement today. The Taj Mahal is a white marble palace in Agra, India, erected by Mughal emperor Shah Jahan in loving remembrance of his wife, Mumtaz Mahal, after she expired.