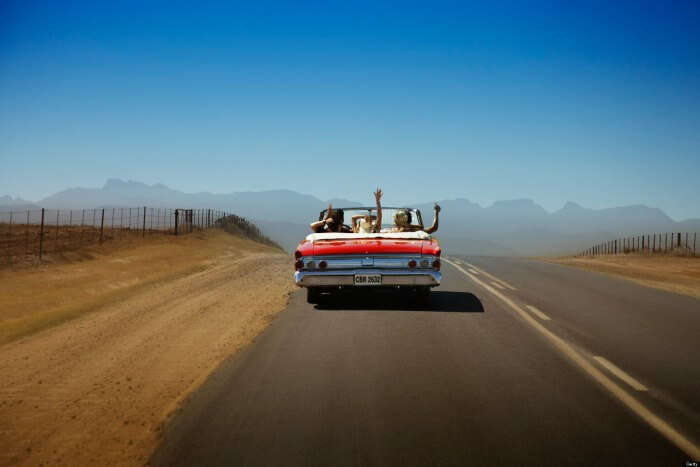 Maybe the 9 to 5 is deteriorating your peace of mind. Maybe you shouldn’t over think about your pensions at 25. Maybe you should find yourself on the roads, slip your hands a little out of the window and talk a little with the wind.

As the saying goes “People don’t take trips, trips take people”, let the road take you everywhere from famous wonders to unexplored locales. Maybe, you should hit the roads in the overseas.

Take a break from monotony, grab your passport and your driving licence to literally take the road less taken, as this list will tell you about the countries you can drive in with your Indian driving licence.

This island country is already stealing the hearts with its fantabulous beaches, iconic cityscape, lush national parks and Lord of the Rings locations. The roads of New Zealand are pretty much a road-tripper’s paradise, as it passes through many scenic wonders like sapphire seas, colorful gardens, mighty mountains and almost everything that’s picture-perfect.

The whole world knows USA flaunts some of the best driving roads of the world. From highways to byways, you might not want to pull over for even a brief second when you’re driving on USA’s roads.

Drives on: Right side
Recommended route for driving: Route 66 (From Chicago to Santa Monica)
Validity of Indian driving licence: 1 year
Indian driving licence language: English (If your licence is not in English you’ll need International Driving Permit. Another important doc is Form I-94, which shows your arrival date in US)

German cars and German roads both spark a burning desire to grab all of it. When in Germany, there are many beautiful sights to not be deprived of, but when you are driving in Germany the sights get even more overwhelming.

Drives on: Right
Recommended route for driving: The Autobahn highway (With NO speed limit in most areas!)
Validity of Indian driving licence: 6 months
Indian driving licence language: German (You can get your licence translated to German from German diplomatic mission. If not this, you can carry International Driving Permit)

France is pretty much like a poetry, and you don’t simply skim through a poem at haste. To feel the poetry that’s France, you need to ease up, drive through its scenic route at your own pace and absorb its charm.

As your hair flutter with the wind, your ride swiftly passes through the roads of the Great Britain, don’t forget to turn the volume of our favorite jam up, up and loud. Because, this is it! Your dream road trip, up and alive.

The Swiss Alps and emerald lakes of Switzerland have created a buzz around the world, and what could be the best way to make the most of your visit to Switzerland? Yes! Driving through the stupendous roads with those you love dearly, or maybe solo? You decide.

Suggested Read: 25 Spectacular Road Trips In India For That Passionate Traveler In You

The Land of the Midnight Sun, Norway’s roads carry the ability of filling every road-tripper’s heart with ecstasy. Wear your most comfy short, tee and flip flops and keep hitting the road of Norway.

From glistening skyscrapers to rugged beige deserts U.A.E has it all for the explorers. It’s time to make the best use of your GTA tracks and get your hands on the steering wheel.

This Oceania country is full of surprises and impeccable routes to fill your road trips with sheer bliss. You can drive through Queensland, New South Wales, South Australia and Australian Capital Territory. Driving with Indian licence in Northern Territory is possible too, but there are a few more regulations that need to be followed.

Must Read: Delhi to London By Road: These 3 Indian Super Moms Drove Across 17 Countries in Just 95 Days

This island country is actually acclaimed for a million reasons, one of the most prominent being its white sandy seashores kissing the azure waves of the Indian Ocean.

The last one but not the least on this list of countries you can drive with your Indian licence, is South Africa. This country’s diverse range of flora and fauna, magnificent seashores and mighty cliffs will inspire you through and through.

Drives on: Left
Recommended route for driving: The Garden Route! *Don’t miss out on THIS!
Indian driving licence language: English, with photograph and signature (Carry IDP for easy renting of cars)

Excited already? Brush up your driving skills and prepare for the ultimate road trip you have been dreaming of since a while!

Further Read: 8 Magical Winter Road Trips In India To Drive On The Snow