7 Japanese Temples: Marvel At The Architectural Beauty Of These Ancient Buildings 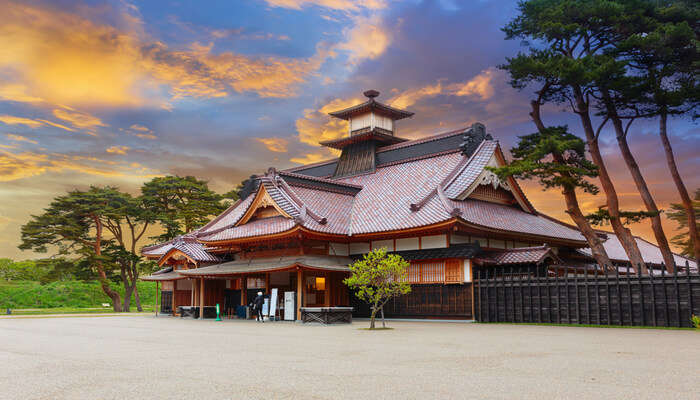 Japan is a beautiful island country dotted with thousands of temples and shrines. These Japanese temples are profound places of sanctity with pretty landscapes and tranquil environs. One can head to these sites at any time of the year but during the time of festivals in Japan, these temples become truly spectacular. With a country full of temples and shrines, it is quite difficult to narrow down to a few names, but listed below are some of the best temples in Japan. Have a look and add these temples to your list of places to visit on a trip to Japan!

Japan has a lot of Buddhist temples and one can find these beautiful complexes in the countryside as well as the cities. Have a look at some of the best ones.

Located in eastern Kyoto, Kiyomizu-dera is an independent Buddhist temple. It means clear or pure water and got its name from a waterfall present in the temple complex. It was established in the Heian period and is a part of the Historic Monuments of Ancient Kyoto UNESCO World Heritage site. The temple was originally founded in 778 and the buildings that can be seen here today were constructed in 1633. The USP of this beautiful temple is that not a single nail has been used in its construction. The construction of the temple is pretty impressive and there is a main hall with a huge veranda that is projected over the hillside and gives one impressive city views. The best time to visit the temple is during the time of festivals and New Year as during that time the temple grounds are filled with local shops selling holiday goodies and souvenirs.

Location: Kyoto
Timings: 6 AM to 6 PM

Another one on the list of ancient Japanese temples is Tōdai-ji. It is a beautiful Buddhist temple complex which was one of the Seven Great Temples of the city of Nara in Japan. The temple was built in 738 CE but opened in 752 CE. The USP of the temple is its statue hosed in the great Buddha Hall. It is the largest bronze statue in the world, of Buddha Vairocana. The temple is also listed as one of the UNESCO World Heritage Site as the Historic Monuments of Ancient Nara and this includes
Japanese temples and shrines and other places in the city of Nara. One can also visit the Tōdai-ji Culture Center which opened in 2011 and houses a museum with sculptures and treasures, a library, research centre, and an auditorium.

If you are in Tokyo then one of the most famous ancient Buddhist temples to visit here is Sensō-ji. It is Tokyo’s oldest Japanese temple and also an important one. The best time to visit it is during Sanja Matsuri, which is Tokyo’s most popular festival. The festival takes place during late spring and extends over a period of 3-4 days. The streets around the temple are all shut down during this period from dawn to dusk, and the temple can be seen in full glory! Next to the temple is the five-storey Pagoda, which is another famous site here.

Location: Tokyo
Timings: 6 AM to 5 PM

Another magnificent name on the list of Japanese temples is Kinkaku-ji which means the Temple of the Golden Pavilion. It is a Zen Buddhist temple situated in Kyoto in Japan which attracts a sizable number of visitors each year. Quite a popular building in Japan, Kinkaku-ji has been announced as a National Special Historic Site and is a part of the sites which make up the Historic Monuments of Ancient Kyoto. The USP of the temple is the Golden Pavilion which is a triple storey building and the top two of these are covered with pure gold leaf. The pavilion houses the relics of Buddha and extends over a pond and is built in a Japanese strolling garden which makes for a beautiful setting.

Location: Kyoto
Timings: 9 AM to 5 PM

Another temple to visit in Kyoto is Tō-ji which is a Shingon Buddhist temple. The temple came into existence in 796 and is quite an old one. In 1994 it was announced a UNESCO World Heritage Site as a part of the Historic Monuments of Ancient Kyoto. Toji also has a five storey pagoda, which is the attraction of this place. It is the tallest wooden tower in Japan. It dates back to the 9th century but has been reconstructed four times from back then. In 1952 it was announced a National Treasure. The pagoda houses relics, sculptures and beautiful paintings. The entry into the pagoda is allowed only on occasions but one can look at the interiors from the outside.

Location: Kyoto
Timings: 8 AM to 5 PM

Also known by the name of Taiizan Kotokuin Shojosenji, this is a Buddhist Japanese temple in the city of Kamakura. The temple is one of the most popular places in Japan owing to its famous outdoor statue of Buddha. This bronze statue is also one of the most famous icons in Japan. According to the records of the temple, the statue dates back to 1252 and one can still find traces of gold leaf near the ears of this elegant statue.

Location: Kamakura
Timings: 8 AM to 5 PM

Constructed in the late Heian period in 998, Byōdō-in is another Buddhist temple located in Uji in Japan. The temple belongs jointly to two different sects, the Jōdo-shū and Tendai-shū. This beautiful temple is also one of the World Heritage sites of Japan. One can visit this Japanese temple on any day of the week and it is open from 8:30 in the morning till around 5:15 in the evening. If you are in Uji, head here for sure!

Intrigued by all these Japanese temples? These buildings of architectural beauty deserve to be visited on a trip to Japan! So, plan a holiday to Japan soon and book your vacay with TravelTriangle for a hasslefree and smooth experience! Share with us your experience of visiting these temples in the comments below.

What is Japan known for?

Which is the oldest temple in Tokyo?

Senso-Ji Buddhist Temple in Tokyo is the oldest among the other Japanese temples. It dates backs to 628 AD. This temple is in good condition and is open to tourists.

Why most of the tourists visit Kiyomizu-dera?

The Kiyomizu-dera is not just a Buddhist temple; it is also an exotic place to see the Otowa Waterfall. The wooden temple on the woods and this pure waterfall makes them enchanting to look.

Why Todai-Ji is very important to the Buddhists people of Japanese?

The Todai-Ji temple was the learning center of Buddhism since its beginning. That is why this temple complex has a separate college and a library. People interested in Buddhist literature and research do visit this temple.

What attracts tourists to visit Kinkaku-Ji?

This temple is also known as the great Buddha temple in Japan. You will be surprised to see a massive Buddha statue in a seated position. It is made of bronze. It will be enchanting to look at this statue and its lush green surroundings.

How did the Byodo-in get the heritage status in Japan?

Byodo-in was an erstwhile villa of Minamoto no Shigenobu. He was one of the ministers during the Heian period. Later this villa was converted to a temple complex.