Jerusalem Festivals: 9 Important Jewish Events To Mark On Your Calendar 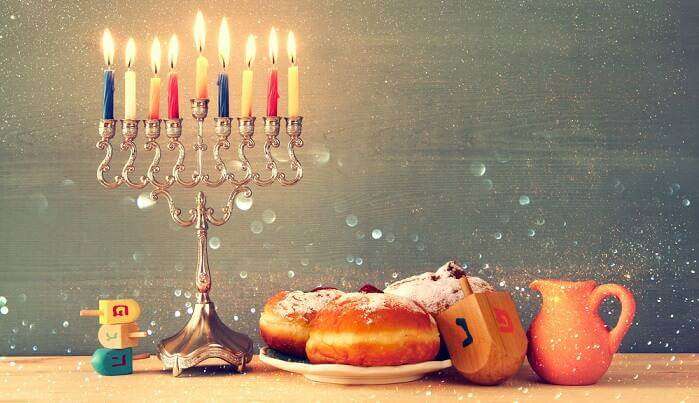 Jerusalem is the oldest city in the world which is considered holy to all three religions of Judaism, Christianity, and Islam. The annual calendar is always full of Jerusalem festivals, important days, and major holidays. If you wish to know more about the religion in Jerusalem, attend any of these Jerusalem festivals and have an amazingly rich cultural experience on your vacation. You will find below a list of the important festivals of Jews and why they are celebrated. It is always interesting to know more about a foreign religion and culture and gives topics to start a conversation too.

Take part in these Jerusalem festivals celebration if you happen to be around because it will teach you so much about the Jewish religion and traditions.

Passover is one of the most important Jerusalem Festivals for the Jews because this is the day they got freedom from slavery in Egypt. It even has the mention in the Hebrew Bible where it is told that Moses led the exodus of Jews from Egypt. Jews believed that God inflicted ten plagues in ancient Egypt to free the slaves. It is celebrated for eight days in the Hebrew month of Nisan. Jews prepare a festive meal called seder and recount the tale of Exodus from the holy books. If you happen to be in Jerusalem around the festival, attend the impressive priestly blessing called Birkat Hakohanim at the Western Wall.

Must Read: 7 Interesting Places To Visit In Jerusalem For A Deeper Insight Into Its History And Culture

Another of the important Jerusalem Festivals, Lag B’omer marks the death anniversary of Rabbi Shimon Bar Yochai, a famous kabbalist sage and his disciples. The legend has it that his disciples died from a deadly plague because they did not treat each other well. Lag B’omer is the 33rd day when the plague ceased. The day falls between the 49 day period between Passover and Shavout. During this festival, weddings and celebrations in the Jewish community are forbidden. Lighting bonfires and getting haircuts are a few of the customs of this minor holiday in Jerusalem.

If you have seen Friends, then you must have heard this word from Ross and Monica since they were Jew. Known as festivals of lights, Hannukah is an eight-day celebration in December around Christmas time. It commemorates the rededication of the Temple in Jerusalem. Hanukkah or menorah is an eight candle holder that you will find in the homes of Jews people. Jews light a candle each night for eight days Hanukkah miracle. According to Talmud, the people who participated in the revolution against Greek oppressors to save the temple had night oil for a single night, but it miraculously lasted eight nights. Hence, the Hanukkah miracle.

Occurring on the 15th day of Hebrew month of Shevat, Tu Bisvat is Jew’s New Year. The best thing about this Jerusalem festival is that it gives importance to nature and ecology. People plant trees as a part of their celebration. Tu in Hebrew stands for ‘Tet’ and ‘Av’ which have numerical values of 9 and 6 respectively. The numbers add to 15 which is why it is celebrated on the 15ht day on the Shevat month. People eat a new fruit on this day and a nice pilaf with figs, dates, and raisins is prepared as a part of customs.

You may want to enjoy this Jerusalem Festival because it involves costumes and hell lot of drinking. This festival commemorates the day when Jews were saved from the oppression of Haman as recounted in the Book of Esther. There is an exchange of gifts and people donate money and goods to charity. People eat se’udat Purim, a celebratory meal together and there is a public recitation of the Scroll of Esther on this day.

Shavuot or “Feast of Weeks” is the commemoration of the day when God gave the Torah to the nation of Israel and also marks the all-important wheat harvest in Israel. Shavuot is a season of gladness and Jewish people renew their acceptance of God’s gifts on this day. People consume dairy food and siete cielos, a seven-layer cake on the Shavuot holiday. People also light candles and stay up all night learning the teachings of Torah, and hear the Ten Commandments in the synagogue.

Sukkot is a week-long joyful holiday also known as Feast of Booth or Feast of Tabernacles.It takes places after Rosh Hashanah and Yom Kippur in the late September or early October. This day is to remind Jews of the fragile living of their ancestors during their 40 years of Exodus in the desert. People consume food in temporary structures like palm leaves. This festival is to teach Jews to remain grounded and that their permanent houses are just an illusion of security.

Yom Kippur is the ‘Day of Atonement’ is the most important festivals of Jews. On this day, people fast whole day to atone for their sins and ask forgiveness. Jews believed that they will be cleansed and purified of all their sins and wrongdoings on this day. For 26 hours, they live a life abstaining from food and drinks, marital relations, leather goods, and even cosmetics. A day before Yom Kippur, people consume two festive meals, one in the afternoon and another right before the fasting begins.

Mekudheshet is a Jerusalem art festival that celebrates the spirit and sacredness of this holy city. The month-long festival is attended by people from all walks of life.Theatrical events are held in the days between September and October that portray the betrothal of Israel to God.During this festival, people examine the conventional paradigms.

Further Read: 10 Places For Scuba Diving In Israel To Satiate Your Adventure-Lust

Attend these Jerusalem festivals to experience the diverse culture and religion of this holy city that lies between the Mediterranean and the Dead Sea. During your visit to the Middle East, you will realize why communal tensions can exist in the city as holy as Jerusalem. Probably because of its rich history!

9 Auspicious Festivals Of Monsoon To Welcome Rains With Gaeity & Celebrations