South Korea is one Asian destination that welcomes tourists to embrace their culture, language, food, art, entertainment with open arms. What better way to familiarize with Korean culture than visiting museums, rights?. From ancient to contemporary traditions, with folk gadgets to futuristic technologies, South Korea has a lot of categories to experience and captivate. The country is known for being home to many interesting and amazing museums that exhibit the journey of South Korea right from its past. Explore our suggestions of 7 best Korean museums that are set to lesson and fascinate you very well.

All the Korean museums celebrate the evolution of different genres with pride showcasing everything keeping the materiality, actuality, and factuality in mind. Check out 7 of them: 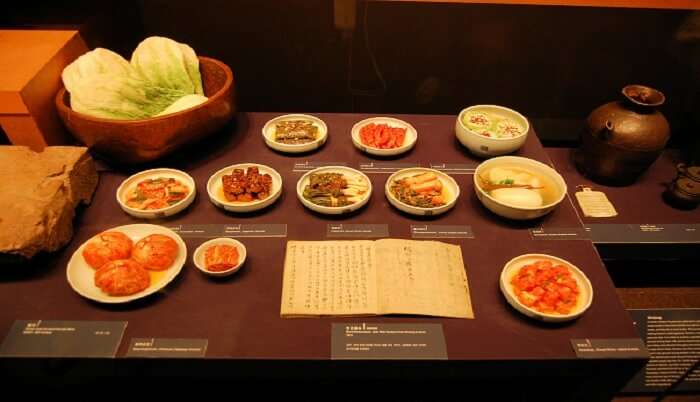 Kimchi is the national pickle of South Korea and its not just limited to Korean households, the entire world loves Kimchi. The fermented Cabbages have come a long way since its origin. To witness the amazing history of Kimchi, South Korean authorities have dedicated an entire museum in honor of the famous Korean food item. Museum Kimchikan is UNESCO’s Intangible Cultural Heritage Tradition site and has been operating since 1986. Inside the museum get yourself acquainted to the 1500-year-old Kimchi history, varieties, the fermentation process, and most importantly the traditional importance in the Korean culture and cuisine. The museum also hosts an elaborate demonstration of how the entire kimchi-making process undergo. If you wish to make your own kimchi, you are most welcomed here. The tourists can sample four different varieties of Kimchi and take the samples home. All this stands as the main reason to why Museum Kimchikan is known as the world-best food museum. 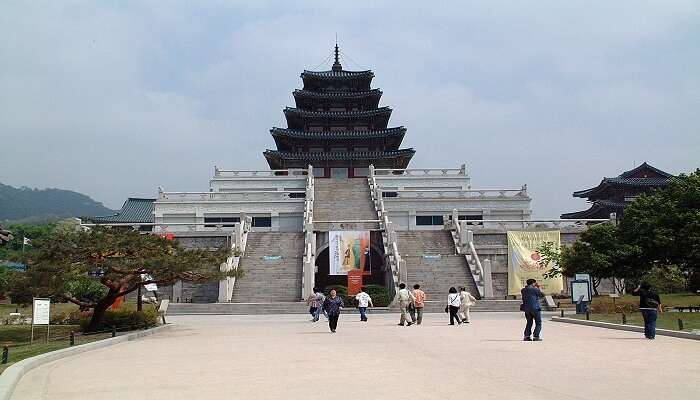 Located inside the beautiful premises of Gyeongbokgung Palace, National Folk Museum of Korea is a sublime museum that exhibits the traditional life of Korean people through illustrated objects. Home to nearly 98,000 artifacts, this museum educates visitors about the day-to-day objects used by Korean people as part of their life. The displays speak about the agricultural and domestic lifestyles of the people of Korea sharing traditional beliefs, customs, and practices with regard to the particular object. When you visit the National Folk Museum of Korea, you learn a lot about the history of Korean people and the Korean way of living. The founding organization of the National Folk Museum of Korea is the Ministry of Culture, Sports and Tourism. The main facilities of the museum include children’s museum, exhibition halls, folk video room, and a traditional culture learning space. 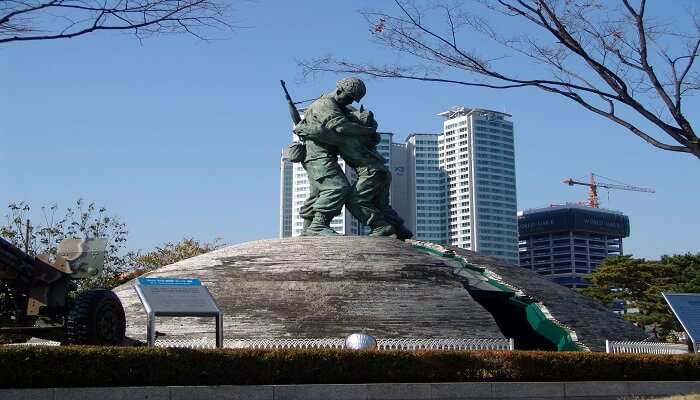 War Memorial of Korea is a landmark that holds the highest regards to the people of South Korea. Located in the capital city of Seoul, this museum memorializes the military history of Korea and was inaugurated in the year 1994. The reason behind the establishment of the memorial was to prevent war by reading the past incidence of the Korean War in hope for the reunification of both North and South Korea. The memorial commemorates all war heroes who sacrificed their lives for the welfare of the country. War Memorial of Korea collects, preserves, and exhibits multiple relics from the historical chapters of the war from the South Korean perspective. There are both indoor and outdoor displays that a tourist can see when inside the premise. Indoor displays automobile used by Kim Il Sung, few models of the observation aircraft, lighter aircraft and trainer aircraft. Whereas the outdoor displays bigger aircrafts used during the war. 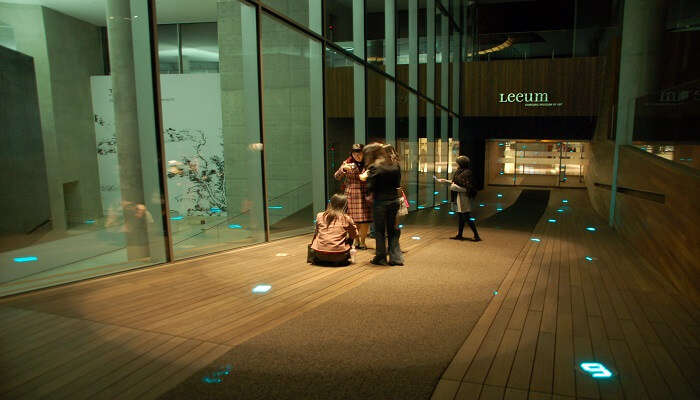 Image Source
Leeum Samsung Museum of Art is a wonderful museum that houses traditional Korean arts as well as arts in contemporary forms. Both the art genres are exhibited in two different sections of the museum named as Museum 1 and Museum 2. Swiss architect Mario Botta and French architect Mario Nouvel are the masterminds behind Museum 1 and Museum 2. Museum 1 which hold traditional art has 36 pieces of prominent holdings tagged as the national treasure. The collection varies from folk paintings, landscapes, porcelain collections and much more. Museum 2 which houses contemporary art has both Korean and international artists contributing to the museum space. The core theme of this particular section is to bring forth the constant growth, challenges, evolution of art in the society. 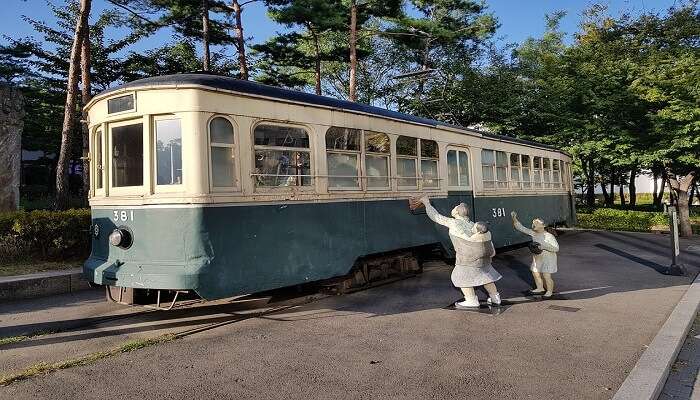 This is a history museum made to educate and showcase people about the history of Seoul, its evolution from the prehistoric period to the present time. There are many relics and artifacts from the Joseon Dynasty, and also a recreated landscape of Seoul from the Joseon Dynasty. Seoul Museum of History has an online cyber section where the history of the day to day life of Seoulities are presented. Also within the museums are shops where local cultural products are sold. 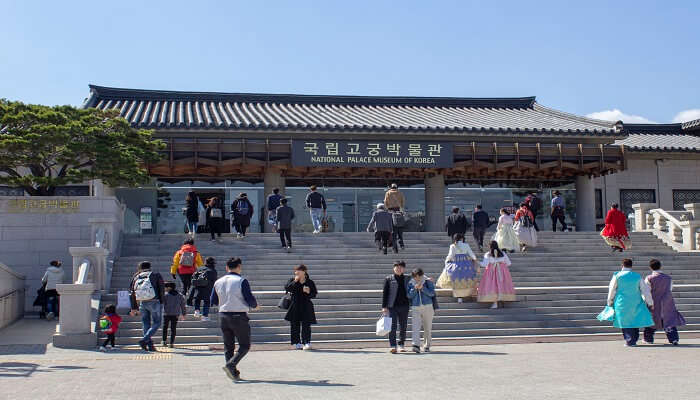 As the name suggests, this is the national museum of South Korea which was established in the year 1908. The museum is located inside the Gyeongbokgung Palace in Seoul. This extraordinary building is the home to over 40000 royal treasure and artifacts representing the Joseon Dynasty and the Korean Empire. The museum talks about the music, culture, education, clothing, the architecture of the ruling era. Few of the permanent exhibits are Royal Palanquinn, court paintings, court music, a water clock and much more. One can get an audio guide from the information desk to have a brief knowledge about the museum and the artifacts that you see. Also when you visit this museum be ready to be amazed by the exhibits of the royal processions and also by the wonderful change of guards ceremony. 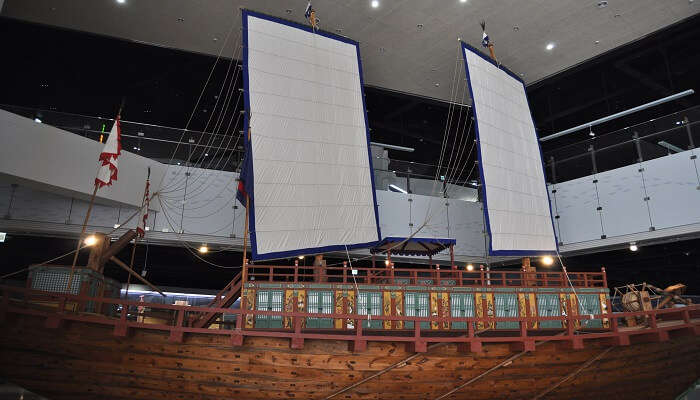 Located in Busan is the largest port city in South Korea, this museum focuses on demonstrating the significance of all elements of marine and ocean life. Be it history of maritime industry or the exhibits of the sea animals, Korea national maritime museum has it all for you. It is also the third largest museum in the country and has over 12,000 maritime relics to watch. Few of the collection of Hamgyeong-do coastal map, the secret of the sea, ship of Joseon Envoy and many others. There is also a library and a 4D theatre offering books and footages for the visitors.

If you are content by reading about the Korean museums, then it is time for you to go ahead with your Korean holiday by exploring very options for planning the perfect South Korean holiday with TravelTriangle. 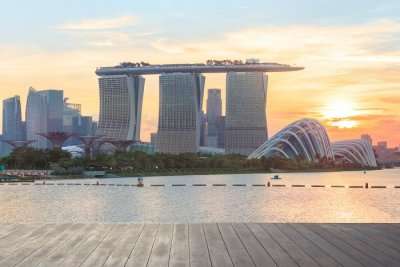 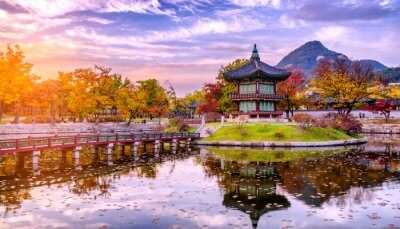 South Korea In November: Get Ready For That Ultimate Escape To This Exotic Country In 2022! 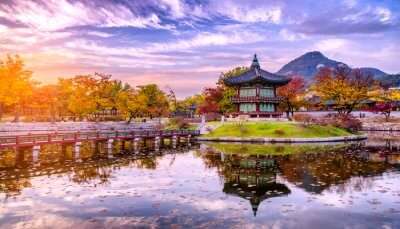 South Korea In October: Feel The Romantic Vibes Of Autumn Amidst Lush Greenery!