London In March 2021: All You Need To Know About The Square Mile In Spring 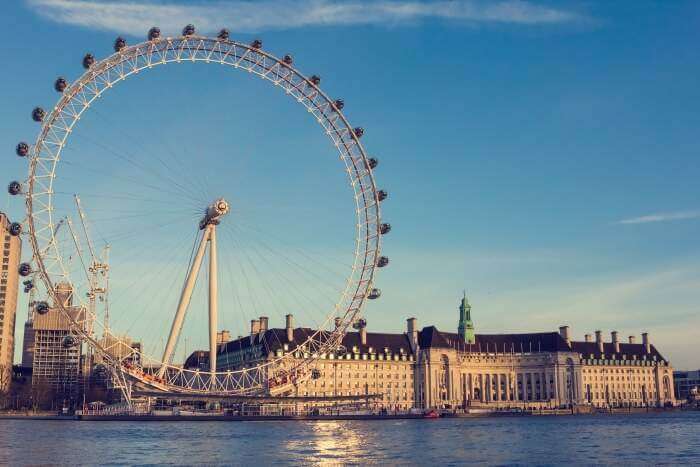 March in London means spring season, which brings with it a splash of colors in the otherwise grey environment of the city. It is the time of the year when London finally sees some sunshine and warmth. Parks and gardens get lively with rare blooms that aid many outdoor activities. London in March is the perfect time to organize and attend public events and festivals owing to comfortable weather and longer days. The pleasant weather just adds to the thrill of exploring this charming town and its various fun avenues. Here is a handy guide to the spring season in the capital of England.

Weather In London In March

Weather in London in March 2021 is expected to be averaging around 8℃. The daily average temperature in London in March is about 10℃ and the nights may dawdle between 4 and 6℃. By the end of the month, the average daily temperatures increase up to pleasant 18-20℃. Visitors should expect a cloudy sky with a bit of humidity. Unexpected rainfall may occur once or twice in March.

Places To Visit In London In March

Here is a handcrafted list of the best places to visit in London in March that you should check out befor you leave for your vacation. Keep scrolling down and read along!

Many galleries and museums in London are open even after six in the evening with interesting public events that last till late at night to allow visitors to know more about the country. The museums organize night events on their premises coupled with food and drinks to encourage people to visit their collections. The National History Museum, the Science museum, and Sir John Soane’s Museum are the most recommended.

Traveling to London in March and not visiting the iconic London Eye will surely make for an incomplete vacation. Dedicated to the completion of a millennium, the London Eye was inaugurated in 2000. Being one of the most visited tourist attractions in London, this magnificent Ferris wheel was designed by Julia Barfield and David Marks. There are several passenger capsules in which you can stand and have a look at the whole city while the wheel keeps revolving. Its time for you to hop on this fun wheel and witness the beauty of London.

One of the most popular places to visit in London in March, Madame Tussauds was founded by Marie Tussauds. This wax museum is famous all over the world and attracts a lot of tourists every year. You can step in this museum and spot statues of well-known film stars, musicians, sports personalities and leaders. Some of the celebrities that have their statue in this impressive museum are Shah Rukh Khan, Terminator, Spider-Man and King Kong. You can also click pictures with statues of musicians and sports personalities like Amy Winehouse, Taylor Swift, Jessica Ennis-Hill, and Muhammad Ali.

Image Source
Designed by Augustus Pugin, Big Ben is a prominent tourist attraction in London. This clock tower is a paragon of neo-Gothic style architecture and is one of the best places to visit in London in March. Big Ben is known as Elizabeth Tower or Clock Tower in London and it one of the most famous landmarks in the United Kingdom. If you want to click some instagrammable shots then you must visit this clock tower at night as it looks stunning while the moonlight embraces it.

5. Historical Buildings: An Encounter With The Past

Image Source
Historical Buildings will always be the prime attractions for all history enthusiasts and if you are one of them then London is the perfect place for you. To have an encounter with the history and culture of this city, you must visit the famous buildings and palaces. Home to a plethora of ancient buildings, London will surely impress you by its glorious history. Some of the historical buildings and palaces that you ought to visit on your vacation are the Museum of London, the British Museum, Buckingham Palace, Queen’s house, the National Gallery, and the St. Bride’s church.

Things To Do In London In March

Visiting London in March provides the best environment to take a walk in the streets of London. Filled with so much of history, a visit to famous landmarks such as the Buckingham Palace, Westminster Abbey, St. James Palace and the Big Ben are a must do when in London. Here is a list that has all the answers for those of you who are confused about what to do in London in March!

Every year, on 17th of March, the United Kingdom of Great Britain and Northern Ireland celebrates the death anniversary of the Irish Saint Patrick. It is celebrated with great pomp complete with music, dance, food and a parade. Visitors can be a part of the St. Patrick parade that starts from the Piccadilly Circus and ends at the Whitehall. The parade includes marching bands and carnival floats.

The major part of the celebrations takes place in Trafalgar Square with events like dance and music performances. One should head to the Irish pubs around London for the authentic feel of the St. Patrick Day festivities with Irish food and Guinness beer. To add to the glamour, art exhibitions and film festivals are organized in Trafalgar Square. Kids also have a lot to be busy with such as workshops and activity centers during the celebrations.

Every year London welcomes the change in the season with a charity Boat Race. Visiting London in March gives one a perfect opportunity to be a part of the annual row boat competition between the academic geniuses of Oxford and Cambridge. London weather in March is convenient enough to set foot into the River Thames. The race course starts from Putney and goes for 7 kilometers to end at Mortlake.

The twist in the challenge is that participants have to row upstream before the high tides ensue. London has a few vantage points such as the riverbank in Putney, Chiswick Bridge, Bishop’s Park and Hammersmith & Barnes from where one can enjoy watching the race while enjoying the party atmosphere. The parks and riverbanks are crammed with big screens, bars, and street food stalls.

Apart from many notable landmarks, London has places dedicated to well-renowned poets and authors which are worth a visit. The Dickensian London takes one into the world of Charles Dickens in his house museum in Doughty Street. Proof of the Roman rule in the British land can be seen in the Museum of London. The tour takes one through the bathhouse and amphitheater in the Upper Thames Street and ends with the museum restored artifacts, which is why it happens to be one of the best things to do in London in March 2021.

For thrill seekers, a tour to the East End’s Jack the Ripper alley is a must do. Projections of clues and gruesome images of the notorious criminal mind are seen in the alleyways that definitely gives one goosebump by the end of the tour.

4. London Coffee Festival – Be A Part

Who doesn’t love a cup of aromatic coffee? Imagine it in ten folds! One can be a part of this amazing London Coffee Festival in Brick Lane that is held annually in March. Over 250 brewers participate in this event offering tastings and workshops coupled with food and music. Experimental coffee cocktails are the most sought-after drink at the festival.

Suggested Read: Christmas In London 2020: Top 10 Experiences For A Lively Celebration Like Never Before!

Image Source
The O2 happens to be London’s biggest concert venue and plays host to a number of smashing gigs and shows from time to time. And as always, it has something in store for you this March as well! If you’re visiting London in March and are a music lover, that we bet you are, don’t forget to attend Europe’s biggest country music festival called the Country To Country. The other stars performing there in March include George Ezra, Nicki Minaj, Sheridan Smith, and Peter André.

Image Source
All good things in life are free! And so are Angel Comedy’s comedy shows that run for 7 nights every week. Attending this show is one of the best things to do in London in March 2021. These shows feature well-known acts and artists and will make sure you never leave the theatre disappointed. If you’re new to this comedy scene, you should attend the shows of the Edinburgh Fringe Award winners, and we can guarantee you a fun night! Just make sure you reach the venue well in time to ensure you grab a great spot and don’t have to stand in a queue.

What To Wear In London In March

Though the weather in London in March is warm comparatively, one might need overcoats and jackets as the temperature is still low. Scarfs, cardigans, and hats along with a nice pair of ankle boots or walking shoes are preferable. Most of the restaurants in London prefer dress codes, so it is important to pack some semi casuals for a eat out in a fancy restaurant. Always carry an umbrella to shield yourself from the spontaneous showers.

Further Read: London In January: A Handy Guide For The Most Extravagant Tour Of This City In England!

London is worth visiting all year round for its charming streets and rich history. But if one does not prefer the gloomy weather that engulfs the country most of the time, then London in March is the best time to take in the beauty of the countryside. Plan your trip to Great Britain with TravelTriangle and experience a slice of the British aristocracy.

Q. Is it cold in London in March?

A. Though it’s not biting cold like in winter, the temperature in March is pretty low. Warm clothing is highly recommended.

Q. Is March overcrowded in London?

A. London prefers visitors in the spring season attributing to its pleasant weather. It might get pretty crowded towards the end of March and early April.

Q. What are some of the parks and gardens worth visiting in March?

A. Kew Gardens annually hosts the Orchid Festival, Regent’s Park is famous for its cherry blossoms and Cannizaro Park is where one can find beautiful lilac crocuses.

Q. What can you do at night in London?

A. There are a plethora of things that you can do at night in London like explore the night museums, witness the nightlife and take a stroll around the city.

Q. Which are the best places to see in London?

A. The best places to see in London are Big Ben, the Museum of London, Buckingham Palace and Madame Tussauds.

Q. Which are the best restaurants in London?

A. Some of the best restaurants in London are Amrutha Lounge, The Ledbury, Core by Clare Smyth and Latitude.

25 Hill Stations Near Pune That Take Serenity To New Highs In 2021!

Dubai In March: An Ultimate Guide To Have An Experience Like ‘Sheikhs’!