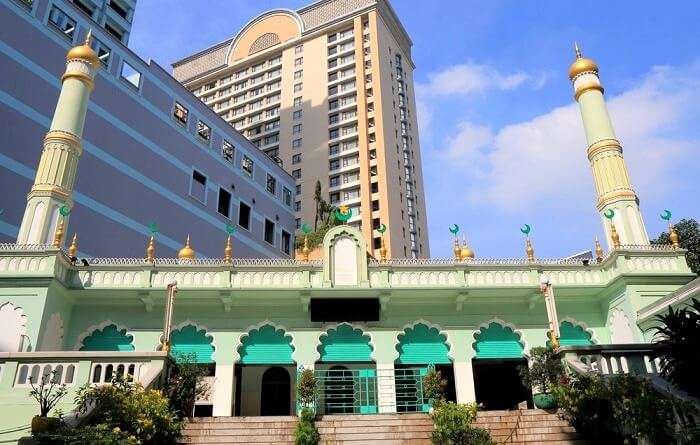 What is that one thing convinces you to travel more and more? Of course, it’s the never ending fascination towards the discovery of new places. Travelling to Vietnam is at the top of one’s travel list and you cannot really ignore visiting its gorgeous Ho Chi Minh City. This place will surely attract you to its exotic food, religion, architecture, culture, and remembrance of Vietnam War. Whether you are looking for an exciting experience or just a casual visit, there are few good mosques in Ho Chi Minh city that hold a lot of significance, and leave your amazed with its rich culture and history.

So, here’s a list of 8 best mosques that are as gorgeous and blissful as they look. A visit to them won’t only soothe your mind, but also your soul. Take a look and start planning your itinerary already! 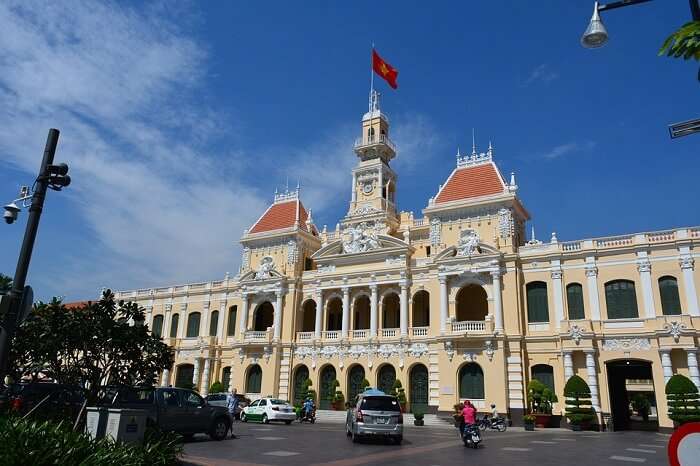 This is one of the most prominent mosques in Ho Chi Minh city with colourful exterior that has a strong impression as its boasts best halal food, architecture, and solemn atmosphere. Formerly, the Saigon Central mosque in Ho Chi Minh city was only restricted for worshipers coming from Southern India and residing in the city. At present, Muslims throughout the world are allowed to worship at the Saigon Central Mosque. The busiest time where visitors come here is Friday and if you are really keen to know further about the Muslim culture this is the best place. 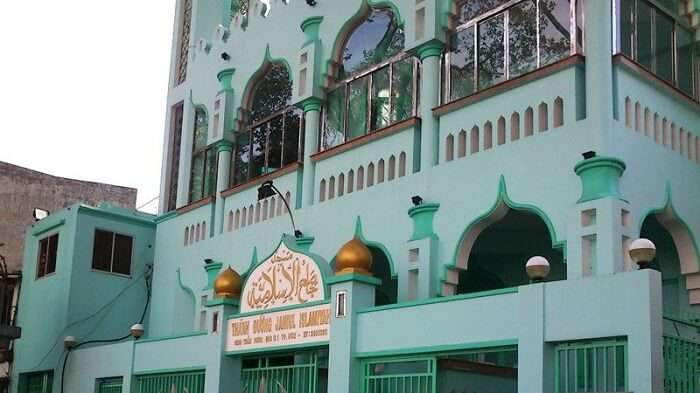 Situated in the main street, this mosque is considered as one of the active place of worship. There are large numbers of Muslim community surrounding this Muslim mosque in Ho Chi Minh city. You can end up finding here delicious halal restaurants satisfying your taste buds. 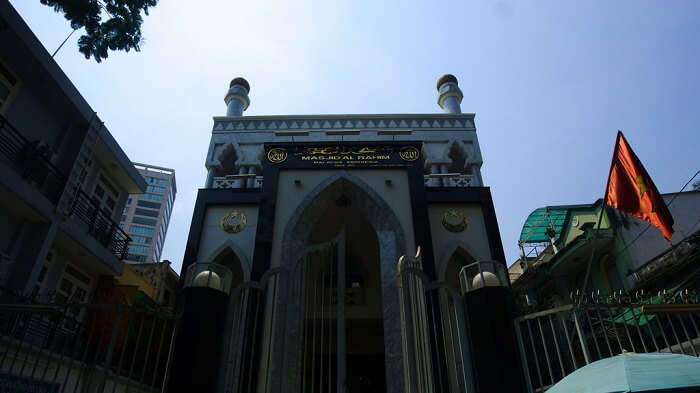 First mosque of the country and ignoring this mosque would be a mistake which serves the Indonesian and the Malaysian population globally. Muslim symbols in its building and designs, solid and pristine beauty is maintained with decoration in the walls.

Suggested Read: 7 Temples In Vietnam That Are An Epitome Of Art, Architecture, And Excellence! 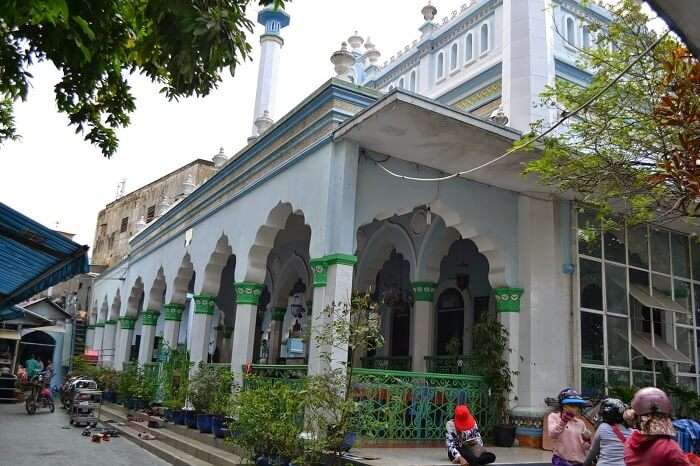 Located near Chinatown area which originally served the Southern India Muslim communities however, at present this place allows the Indonesian and Malaysian Muslims. It’s simple decoration, clean lines and building’s color coordination makes the place noticeable to the visitors. For solo travellers it is one of the best places to visit! It is definitely among the top 5 mosques in Ho Chi Minh city.

This area comprises of majority of the Cham people. It is surely an interesting place where one must visit while travelling to Ho Chi Minh City. Although the mosque has a narrow alley but each Friday large number of Muslims globally comes for prayer as well as for Salat. Importantly, if you are Islamic you should surely visit here! 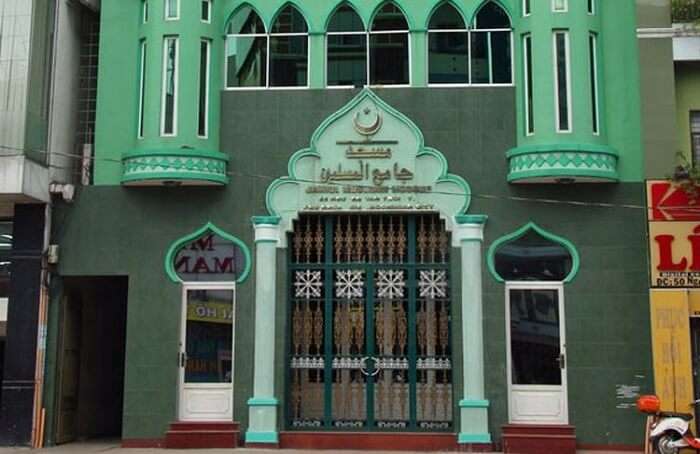 This Mosque has great amount of visibility as well as is accessible to the visitors despite situated in busiest street in the town. Constructed and known for one of the serene place for worship particularly for the people practising Islam. Its architectural impression attracts the visitors in large numbers. Areas that visitors can visit are divided to two segments i.e. believers usually worship in upstairs while downstairs is retained for teaching children. 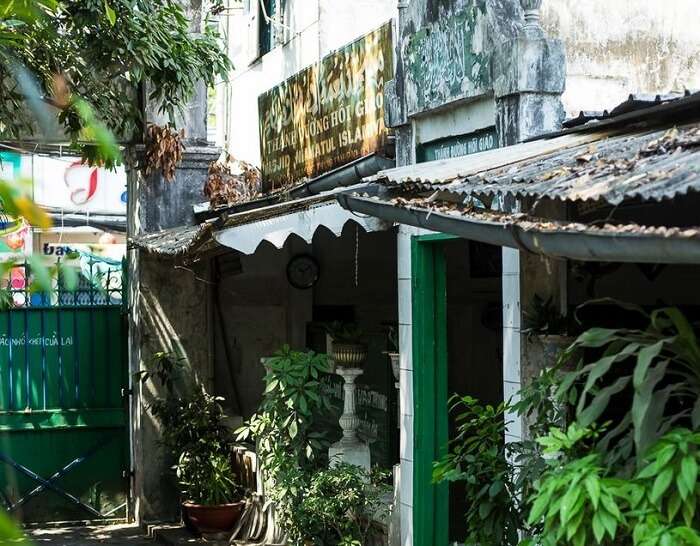 This was established in 1952, where above 40 Kinh families having Chinese background comes for worshiping. This number also includes more than 250 Muslims who each Friday visit this area performing their Muslim rituals. Typically, there is one room that is particularly dedicated for the prayer of the Muslim community. There are several interesting facts about this place, among which it is known that this place once used to accommodate the Vietnamese, Indian migrants as well as Cham and Chinese people having faith.

Suggested Read: Top 10 Vietnam Beach Resorts For A “Living In The Moment” Holiday 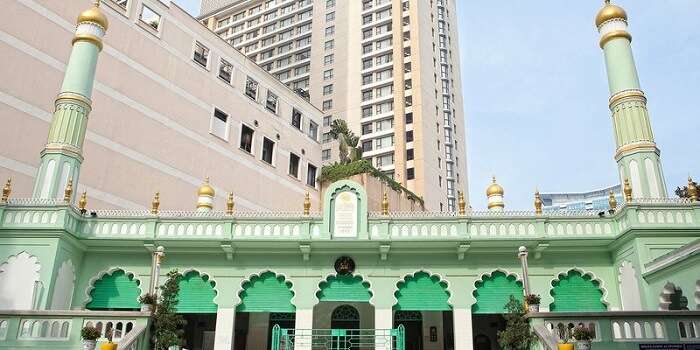 Located in the hub of the city, where both men and women worshipers are required to visit the prayer hall separately. Women visit the hall to the left while men visit through right. While marking your presence to this mosque, certain prayer etiquettes need to be followed. Respecting the religious sentiments, people generally use clean scarfs as well as long dresses.

So, now that you’re convinced that these mosques in Ho Chi Minh City are absolutely worth visiting, don’t think much and plan your Vietnam trip with TravelTriangle. We are pretty sure that witnessing the widespread religious influence of the city will absolutely blow your mind.