6 Unique Museums In Prague That Will Draw You Towards The Enticing City! 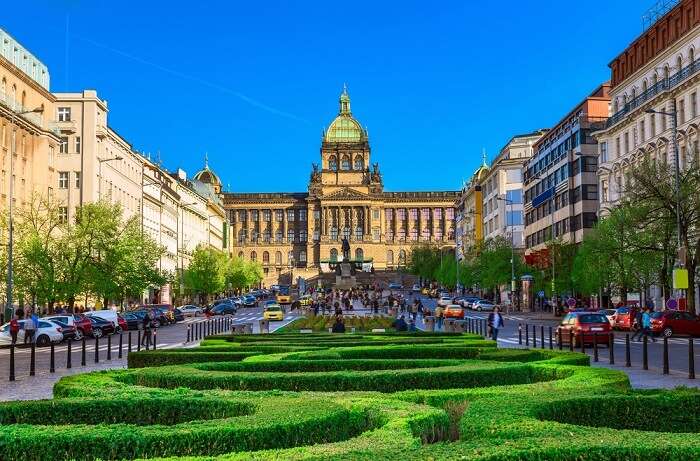 With its ever-rising reputation and popularity around the world, museums in Prague have helped the city reduce the gap between themselves and the traditional stalwarts of European tourism. Often thought of as a perfect party-going place for travelers in their 20s, Prague has a lot to offer besides that.

The museums in Prague are a testament to how dynamic the city is as a whole. The top museums in Prague not only attracts visitors to make up numbers, but the city also raises awareness among travelers how the city evolved from its formative years into this modern hub of culture, art, and tradition. Explore the more complex, introspective, and artistic side of Prague at these amazing museums that complete the story told by Prague.

Get closer to the rich history and culture of the beautiful capital city of the Czech Republic. Keep scrolling down and read along!

The Museum of Communism offers a very essential and telling insight into the history of the mindset of Czechoslovakia after the second World War. What’s unique about sightseeing in this city, is that all the best museums in Prague will tell its visitors a unique story of the city or country in general.

Over here at the museum of communism, travelers can learn about the evolution and application of a way of life that was pretty symbolic, controversial, and essential during these past 6 decades. People can witness the great influence communism had and how the citizens perceived everything and everyone around them in the world with the lenses of a red flag marked with a sickle and a hammer.

Must Read: 18 Must-Visit Places Around Prague For A Dreamy Escape In 2022

Fret not, the city indeed has museums for all ages, groups, and likings. The Apple Museum is a prime example of how the museums in Prague don’t limit themselves to art and history. This edifice is a testament to a brand that changed the modern lives of people on this planet for the past two decades. Apple not only became a reliable name, but a lifestyle.

The museum dedicates itself to showing the journey of Steve Jobs and his company Apple right from the beginning and what evolution they brought into the field of technology. The revolutionary introductions of iPods and iPhones were so massive that it even changed the way how travelers travel, capture pictures, and even communicate through their work.

Suggested Read: Shopping In Prague: 13 Places Where You Can Indulge In Shopping Therapy In 2022

A relatively new museum that opened in 2005, this edifice is dedicated to the famous author and writer Franz Kafka. Famous all around the world for his contribution to German and Czech literature, Franz Kafka often strived hard for the pursuit for perfection even in his writing.

Being one of the foremost pioneers of the beginning of the 20th century, Kafka only released a small portion of his writings during his life. What makes the museum interesting is the fact that, his rest of the work which he wanted to be destroyed, didn’t get demolished and ended up here for public critique and viewing.

One of the most visited museums in Prague, Jewish Museum is renowned for its large collection of jewish artefacts that reflect and share the history of their community. Although it opened in 1906, the museum gained importance and got highlighted much more in the past few decades. This prominent rise of this museum many people say, is linked to the rise of the awareness against anti-semitism and a conscious effort by large pockets of the society to make jews feel included in the society.

The museum is a must-visit attraction for people who love to find out more about the second World War, the atrocities carried out back then, and how the Jewish community overcame all the scars and the barriers of such a bloody past.

Suggested Read: 6 Cool Beaches In Prague For Some Sun, Sand And Dash Of Fun

A museum for science and technology lovers, the National Technical Museum preserves, safeguards, and documents the evolution of technology in Europe and Czech Republic. The museum celebrates all the different advancements in transportation like the flight, train, cars, and even motorbikes that have been produced in the country.

The century-old museum also opened up a section for the Railroad Museum about a twenty years ago that diversified the travelers that were entering through their doors. Now a regular feature on sightseeing routes of tourists, the Museum operates on the belief of making history in technology every day.

Suggested Read: Prague Honeymoon Guide: 13 Sizzling Recipes To Spice Up Your Trip To The Land Of 100 Spires

The special effects and graphical interface has taken off in the past few decades coinciding with the Hollywood’s rise in prominence around the world. With more and more money spent on futuristic technology like CGI and VFX, the people who follow these advancements have also risen rapidly. Karel Zeman in European circles was also regarded as a big pioneer in introducing special effects and animations to an entire movie industry in Czech Republic.

Prague is like an intriguing storyteller that keeps you hooked onto its side with subtle new additions every once in a while. In the above museums in Prague, travelers can easily witness this age-old saying come true. Make a move now and book your next trip to Europe via TravelTriangle and avoid the regret of not having made a plan to visit Prague.

Museums Near Marine Life Park: Singapore’s History Under One Roof

Museums Near Fountain Of Wealth: The Best Places To Learn Singapore’s Vast History

Places To Visit Near Singapore Polytechnic: Have The Time Of Your Life!

4 Museums In Queensway, Singapore To Add Some Fun To Your Trip