National Parks In Denmark: 5 Places That Should Be On Every Nature Lover’s List In 2021 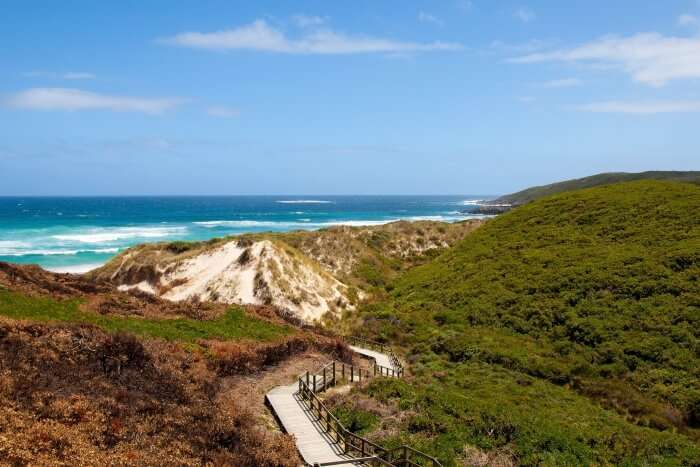 Located in the northern part of Europe, Denmark boasts of an ancient past dating back to the last Ice Age, rich with culture and traditions that has evolved continuously with time. The area is also famous for its rich past so get ready to be lured into the enticing and unique scriptures and relics from the Iron Age and Stone Age. The impressive stone ships, longhouses and various other architectural marvels from the era of Vikings are sure to leave you stunned with its construction techniques. The country has vast flat fields, acres of farmlands and long coastlines. National Parks in Denmark are a relatively new phenomenon which have been developed to safeguard the rich natural reserves and landscapes of the country. All these parks are open at all the times and are free to enter for anyone.

The Kingdom of Denmark currently has four National parks. Each individual park has some or other uniqueness to set it apart from the rest. Here is a detailed look at the important features of these parks.

Thy National Park is the oldest park in Denmark which is located in Jutland on it's North West coastline. The park started its operations from the month of August in the year 2008. Spread over an area of 200 km, the park presents an alluring landscape shaped by the ocean. The land part is covered with windswept dunes and grasslands of sands at most of the places.

One of the most interesting things to see here are the bunkers which are the remnants of the Second World War. The coasts are lined with the largest network of bunkers. There is a museum here at Hanstholm where you can learn in detail about how the system functioned.

Apart from the museum, there is an Oceanium situated in North Vorupor where you get to experience the amazing sea life of the North Sea. You can also get up close and personal with the lifestyles of the local fishermen in the fishing hamlets near these places.

The park is very rich in wildlife and some of the main attractions are red deer and roe. Bird watchers can have a field time here with some rare species of birds flocking in the park. Agger Tange is the place to go for a sighting of these birds like a sandpiper, golden plover. You can also get to see dancing cranes if you are lucky enough and visiting the park at the onset of spring season.

There are plenty of activities to do here in this park like horse riding, golfing, windsurfing to name a few. The park offers some of the best walking and cycling trails which will lead you to breathtaking views of nature.

To make your visit more exciting at one of the best Denmark National Parks, you can plan a stay at a lighthouse located in Hanstholm.

Must Read: 6 Museums In Italy Across 6 Cities. Which One Will You Choose For Your European Adventure?

Named after the spectacular Mols Hills, Mols Bjerge National Park in Denmark was opened to the public in the year 2009. Located in the Syddjurs Municipality of Central Jutland, the area is covered with the majority of Danish plants. The whole park is spread out on 180 square kilometers of which the Mols Hills, standing tall at a height of 137 meters, take up an area of 2500 ha. These hills present some of the most splendid and beautiful natural views which gives this place an added charm.

You can enjoy a safari at the Ree Park which is home to close to 800 animals belonging to some 80 endangered species and 5 countries.

A must visit place within this National park in Denmark are the ruins located in Ronde known as Kalo Castle. With a history dating back to as early as 1313, this historical place is now owned and protected by the Danish State. You can take a walk down the memory lane, explore the intriguing past and get mesmerized by the awesome nature all around. The Kalo cove offers fantastic contrast with the ruins standing on its one side and the other side flanked by a thermal power station.

You can go to the Jernhatten ridge to get some of the most fascinating views of the central part of the park while the coastal areas have plenty of picturesque beaches to explore. The forests are full of flora and fauna where you can spot some rare insects on the trees inside the park. Stubbe and Lange's lakes are famous for sighting otters.

There are many tiny villages located on the coast and Ebeltoft is the most important with it's Glass Museum and Jutland Frigate.

Among the many activities, the park is best known for it's walking and cycling trails, fishing spots and serene beaches ideal for swimming.

The newest and the largest park in Denmark is the kilometers, National Park. the length of the park extends from the southern side of the country’s West Coast till the Germany border. The park is accessible easily from popular Denmark towns like Ribe and Esbjerg. The place is a haven for seals, bird enthusiasts and wildlife lovers. Covering about 1459 square kilometer, the whole area is declared as a World Heritage Site in the country.

The place comes to life with migratory birds enormous in numbers of different species during the spring and autumn season. It is said that the number of these birds passing through this National Park in Denmark crosses 12 million. The rich sea life of the Wadden Sea is host to a lavish buffet for the large numbers of migratory birds.

One of the most spectacular phenomena which is a sight to behold is the Black Sun. This happens during the autumn and spring season when thousands of starlings take off together at the time of sunset in the sky to settle down in the surrounding forest. These flocks of starlings act as a shield against the setting sun and it darkens the evening sky which is why it has been termed as Black Sun.

Another popular attraction in the park is the huge habitat of Pacific oysters and tourists can go for oyster tours conducted here and also get a look at the biggest oyster in the world at the Wadden Sea Centre.

There are many islands inside the park which are popular tourist destinations in Denmark. The most famous is Romo Beach which is one of the largest in the whole of Europe. You can take a tractor bus to Mando island or visit the International Kite Fliers Festival for some offbeat experiences in this National Park in Denmark.

Location: South of West Coast, near to Ribe and Esbjerg

This is the newest of the four Denmark National Parks and it gets its name from the first king of the first Danish royal dynasty. A stunning combination of striking natural beauty and intriguing cultural history, this park in Denmark is a must visit the place where you can enjoy and explore the rich wildlife and ancient traditions all at once.

The park is located surrounding the Roskilde Fjord and is host to millions of different species of birds. The largest forest area inside the park is known as Bidstrup which covers 1076 hectares of area and is the biggest wooded part here. The forest is home to some of the most fascinating trails which can be covered either on foot or by bikes leading to the captivating countryside inside the park.

Other highlights are the Roskilde Cathedral and Ledreborg Manor, both of which offer unique and magnificent architectural styles.

Image Source
One of the best national parks in Denmark, Rebild National Park is located on the peninsula of Jutland. The aprk is sprawling iwth open verdant heathlands where you will find shrubs of all kinds. No changs have ever been made to the park. You may not find exotic fauna inside the park but it is a great place to observe the celebrations of 4th of July by Danish Americans. This is why it is one of the most popular tourist attractions in the park. It is open 24 hours and is absolutely safe to wander around. The park was presentted to Danish state in 1912 under three stipulations:

Further Read: 20 Best Places To Spend Christmas In Europe 2021: Where Festivities Breathe Magic Into The Air!

The National Parks of Denmark are resplendent with bountiful of nature and wildlife with an added dose of charming cultural history. The interesting fact being that these parks are not bounded by any boundary lines and there are many towns, cities, islands, forests, and beaches which falls under the territory with people residing inside the protected areas. To make the most of your vacation in the Kingdom of Denmark, get in touch with TravelTriangle today so that we can help you plan out the ultimate holiday experience.