8 Places In India Where Discrimination Against Indians Still Persists 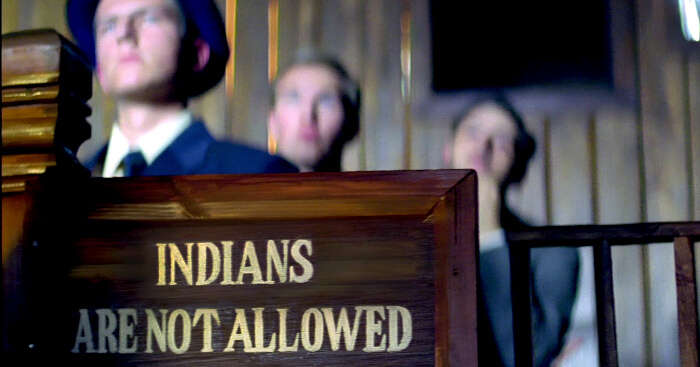 What if I tell you a taint of discrimination still lingers in some of the most popular tourist destinations in India against our own countrymen? Shocked and disgusted? Well, there may not be signboards of “Dogs and Indians are not allowed” at these places to remind us of the pre-independence era of India, but there are strict restrictions on the entry of Indians. It is understandable that foreign tourists constitute a major income for those working in the hospitality industry, but should that translate to contempt for our own people! Here are the top places in India where Indians are not allowed!

Top 8 Places in India where Indians are not Allowed

Free Kasol Cafe in Himachal’s Kasol village in Kullu district is among those popular places that refuse to serve Indian visitors. About 2 years ago, An Indian lady and her British friend told a new channel and posted on a social networking site that they have turned away from the cafe due to the woman’s ethnicity. Later, the manager told a news channel that he was in a bad mood which caused the situation. Well, this doesn’t sound like a good enough reason to turn a customer away.

Built-in 2012 in association with Nippon Infrastructure, Uno-In Hotel was established due to the increasing number of Japanese clients in the city. The hotel has been in the news many times due to discrimination against Indians. They did not entertain Indians and other foreign nationals in their restaurants. According to a news report, the hotel has now been shut by Greater Bangalore City Corporation on charges of racial discrimination.

Situated right in the heart of Chennai, Red Lollipop hostels are reserved only for ex-pats. If you check out their website, you’ll see that they proudly claim that “they are one of a kind hostel in Chennai for first-time visitors to India. Admission by passport only and rights reserved.” This “international standard” hostel in Chennai does not entertain Indian travelers.

Many Indians have witnessed and experienced discrimination in one of the most popular beach destinations of India, Goa. Anjuna Beach is one of the beaches where you’ll hardly find Indians due to local Goans’ behavior against them. Although no beach in Goa or anywhere in India legally restricts the entry of Indians, Goans do not allow Indians on some beaches as they think they cause a nuisance for foreigners. Locals justify their racist behavior by saying “they’re trying to protect beachwear-clad foreign guests from lusty gazes.”

You won’t find discrimination against Indians only on the beaches of Goa. People of Pondicherry also like to keep Indians at bay. One can see rope or barricade demarcations that are created by the shack and restaurant owners to stop Indians from entering. An Indian traveler wrote in his travel experience that after severe reproach, they were allowed to enter through the back door.

Situated in a breathtaking location in Dharamshala, Norbulinka Cafe is surrounded by beautiful gardens and monasteries. Unfortunately, This stunning cafe does not open doors for Indians. As reported, even the people resembling Indians are prohibited from entering the cafe premises.

Kudankulam is located in the Tirunelveli district of Tamil Nadu and is famed for being the construction site of the Kudankulam Nuclear Power Plant. The project is taken care of by the Nuclear Power Corporation of India (NPCIL). The place features two 1,000 megawatts pressurized water reactor units based on Russian technology that was constructed in phase one of the project. The place is home to the Russian Colony which just says a no to the Indian citizens.

This charming lodge in Chennai is one of the popular places in India where Indians are not allowed and welcomes only foreigners. This property strictly runs on the ‘No Indian Policy’ and offers accommodation only those who have foreign passports can stay there. So, next time you visit Chennai, don’t forget to sneak peek at the gorgeous surrounding of this site.

So, what are you waiting for? Don’t you feel that you must capture these sites from outside and click some pictures to make your friends jealous! If you are planning a holiday then book your future trips with TravelTriangle and enjoy vacationing like never before! Don’t forget to discuss these places in India where Indians are not allowed with your friends and family and if you know more such places then let us know by commenting below!

Which places in India can I visit amidst COVID-19?

Which are the places to visit near Manali for couples?

There are so many places to visit near Manali for couples, some of them are: Desi Swaad, Manu Temple, Van Vihar National Park. You should visit these places when on a honeymoon and cherish some beautiful memories forever.

Which are the famous places near Manali to visit with friends?

Which beach is only for foreigners in Goa?

As mentioned above, Indians are very much welcome in Candolim Beach in Goa.