7 Places Near Sikkim: Top Destinations For A 2020 Holiday Experience Soaked In Culture And Beauty 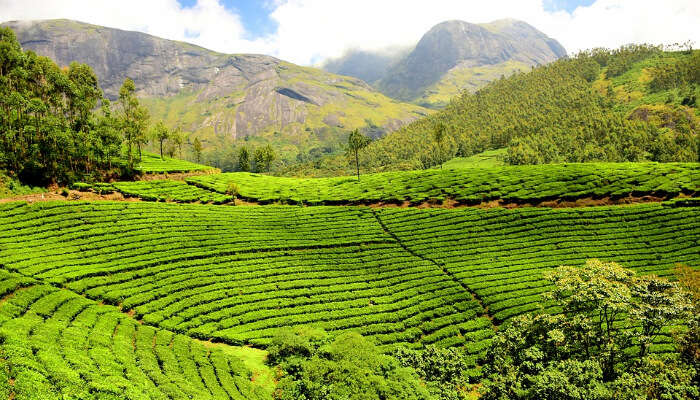 The Northeastern state of India, Sikkim, is a nature’s paradise. A part of the mighty Himalayas, this place has a stunning mountainous landscape. Characterized by steep paths, alpine meadows, glaciers, and several Buddhist monasteries, Sikkim is truly an experience for any traveler. But not just the state itself, but the places surrounding it are also explicitly attractive. Let us take you through the places near Sikkim so that you can list them down on your next holiday bucket list.

Here are some of the amazing tourist places near Sikkim that you must definitely visit for some of the most well-preserved cultural and scenic experiences:

Image Source
Darjeeling city in West Bengal is one of the most popular holiday places near Sikkim. Perched in the Himalayan foothills, this used to be a summer resort for the colonial officers. The citys infrastructure has an old school vibe with a major part of it belonging to the time of British rule in India. The beautiful and lush hills covered with tea garden is worth exploring during a holiday in Darjeeling. The Darjeeling Tea has a distinctive place in the tea markets of India and the world. The Happy Valley Tea Estate is one of the most famous among all.

The worlds highest peak, Mt. Kanchenjunga can be seen from Darjeeling. The hilly terrain of the city also makes it a great place for trekking too. A major highlight of this wonderful city is the Darjeeling Himalayan Railway, established in 1881. Take a ride on this Toy Train, to enjoy some of the most enchanting views of hills and valleys. The Padmaja Naidu Himalayan Zoological Park is visited by tourists to spot Snow Leopards, Tibetan Wolves and Red Pandas.

Siliguri is among the top places near Sikkim to visit. Located in the West Bengal, the city of Siliguri is in the foothills of the Himalayas. This bustling city is known for its lush tea gardens, so make sure you visit one on your visit. This is one of the major cities in the state and has several popular tourist attractions including the Surya Sen Park, which was named after an independent social activist. Another place to visit in Siliguri is the North Bengal Science Centre, especially for its highlights including the digital planetarium and the huge model of T Rex dinosaur.

The grand ISKON Temple of Siliguri has been elaborately designed, characterized by a white dome. Salugara Monastery is another popular place of interest among both Buddhist followers and tourists. Located towards the northern end of the city, this colorful monastery.

Must Read: A-Z Guide To Make Your Honeymoon In Sikkim An Affair To Remember In 2020

Set in the Himalayan Foothills, Kalimpong is a charming hill town of West Bengal. Located on a ridge over the River Teesta, Kalimpong is known for its colonial-era buildings and mystical monasteries. One of the most popular colonial structures is the MacFarlane Memorial Church which has been named after a Scottish missionary. The Zang Dhok Palri Phodang also known as the Durpin Monastery is highly revered for preserving the holy Buddhist scriptures.

The wonderful Himalayan weather makes this an amazing destination for tourism and horticulture. You can visit the horticulture farms, nurseries, and even flower markets which are famous for selling a variety of orchids, and other flowers. Head to the gorgeous Deolo Park to enjoy the mesmerizing garden landscapes with hilly backdrops.

Suggested Read: Trekking In Sikkim: 7 Trails That Will Prove You’ve Entered The Paradise

Image Source
Singalila National Park is an ecstacy evoking sight for all nature lovers. The densely vegetated region is a natural habitat for many different and rare species of flora and fauna. Located at a height of more than 7000 feet above the sea level, this national park in West Bengals Darjeeling also accommodates a popular trekking route to Sandakphu. The park is a section of the Eastern Himalayas and is the best place to sight Red Pandas. Other animals that you can spot here include Pangolins, wild boars, lizards, black bear, leopards, and tigers.

There are about 120 species of birds including cuckoo, satyr tragopan, slender-billed babbler, and fire-tailed myzornis. The best way to explore Singalila National Park is through a jeep safari.

Suggested Read: Monsoon In Sikkim: Explore The Unexplored Beauty Of Sikkim This 2020!

Ghoom is a peaceful municipality in West Bengal, known for the very popular Ghoom Monastery located here. This hilly region offers splendid mountain views and has many other old and beautiful Buddhist sites. Another highlight of this destination is the Ghum Railway Station, which is Indias highest railway station. Taking a joy ride in the Toy Train or the Darjeeling Himalayan Railway is one of the best experiences of Ghoom.

The Yiga Choeling Monastery or the Old Ghoom Monastery was established in the year 1850 by the renowned Mongolian monk Sokpo Sherab Gyatso. This holy structure is located at an elevation of 8,000 feet. The 15 feet tall Maitreya Buddha statue is one of the most striking of Ghoom Monastery. The rusticity of this mountain destination makes this one of the best places nearby Sikkim for a holiday.

Image Source
Samtse is an incredibly forested Dzongkhag or district of Southern Bhutan. Spread across an area of 1,582 sq. km and ranging from 600 to 3,800 m in altitude, this place treasures natural beauty in abundance. The hot and humid climatic conditions favour the flora and fauna of the region. It is not difficult to spot elephants here, as some of them have even been domesticated. The religious diversity in the Samtse has given way to the establishment of religious temples belonging to both faiths – Hinduism and Buddhism.

Agriculture, being the main occupation of the region you stand a chance to visit farms of exotic fruits, nuts and spices including oranges, areca nuts, ginger, and cardamom.

Taplejung is a mountainous district perched in Eastern Nepal. Located at an altitude of 1441 meters above the sea level, this place is a trekkers paradise. A trek would take you through some of the remotest villages of Nepal. The name Taplejung means has been named after the medieval Limbu King, Taple, who ruled the region. And Jung means fort in Limbu language. Thus, the name means the Fort of King Taple.

Taplejung proudly houses the worlds third highest mountain, Mount Kanchenjunga (8,586 m). The Tamur River also passes through this region. All these natural features together make this place a beautiful getaway. The area is also blessed with a variety of flora and fauna. Surround yourself with alpine grasslands and rhododendron forests. The pictures you click here will remind you of the floral fragrance that spellbound you on this vacation. Taplejung is known for its ancient Buddhist Gompas or monasteries. One of the most popular gompas is Diki Chhyoling Gompa, located in Olanchungola. A striking feature of this 400-year old monastery is the life-size statue of Avalokiteshvara.

Further Read: 10 Famous Cafes In Gangtok To Enjoy The Sikkimese Culture In 2020

All of these places near Sikkim have a distinctive charm and beauty of their own. Plan a trip to one of these favourite Indian locations or international destinations for an awe-inspiring holiday amidst natural beauty, mystical vibe, and cultural richness.

Q. Which part of Sikkim is the most beautiful?

Q. Is there snow in Sikkim in May?

A. One can find snow in Sikkim at the higher altitude places like Gurudongmar lake, Chhangu, Zero point, and Yumthang valley.

Q. Which is the best season to visit Sikkim Darjeeling?

A. April to June and October to December is the best time to visit Sikkim Darjeeling.

Shopping In Shillong: 10 Amazing Places For An Unmatched Experience In 2020

15 Hill Stations Near Nagpur That Need To Feature On Your Must-Visit List In 2020!

48 Fascinating Places To Visit In Hyderabad In 2020 To Witness The Rich History And Glory!