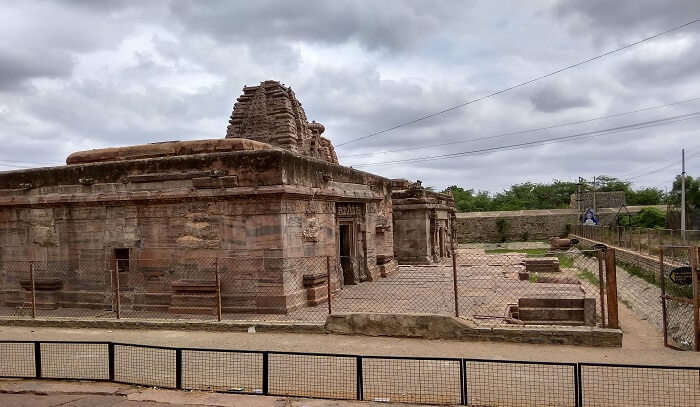 Kurnool, an ancient city that has existed for over 2,000 years has derived its name from the word ‘Kandanavolu’ which means the ‘Town of Grease’. It is believed that during the 11th century, stones were transported in carts to Alampur, and Kurnool served as a prominent halt as the locals supplied grease for the carts. According to historians, the entire region of Kurnool was established by a Pathan general and ruled by Nawabs. Kurnool also served as the capital of Andhra Pradesh for nearly 3 years (1st October 1953 to 1st November 1956).

The place is home to numerous attractions that attract travelers and history lovers from across the world. You can glance at the paintings that belong to the Paleolithic era or encounter the exclusive experiences of the famous places to visit in Kurnool which includes forts, temples, caves, gardens, etc.

The climate of Kurnool remains moderate throughout the year. However, January to March is the best time to explore this ancient city. April and May are comparatively hotter and showers start by the last week of May. The succeeding four months experience a fair amount of rainfall. If you are interested in unveiling the archaeological gems in Kurnool then avoid traveling during monsoon. Weather remains pleasant between September to November which is also perfect for sightseeing tours.

8 Best Places To Visit In Kurnool

With four-prominent rivers, that are, the Tungabhadra river with its tributary Hundri, and the Krishna & the Kunderu rivers flowing through its boundaries, Kurnool is one of the most refreshing places to visit in Andhra Pradesh. From rich flora & fauna to iconic historical sites and scrumptious local delicacies, Kurnool offers everything that makes your vacation a memorable one! Read on to know the best places to visit in Kurnool:

Yaganti in Kurnool is famous for the marvelous temple of Sri Yaganti Swamy, a well-known Shiva temple that dates back to the 5th-6th century. The main idol of the temple is the Ardhanareeswara, that is, Shiva and Parvati fused. The idol of Ardhanareeswara is carved out of a single stone making Yaganti Swamy one of the most beautiful temples in Kurnool. The temple experiences visitors throughout the year but if you want to catch the true vibe of Yaganti you can plan your visit during Maha Shiv Ratri.

Must Read: 9 Mesmerising Hill Stations In Andhra Pradesh For A Scenic Getaway In 2022

If you are a wildlife enthusiast then Rollapadu Wildlife Sanctuary is surely a delightful escape for you! Spread over an area of 614 square kilometers, Rollapadu Wildlife Sanctuary was established in the year 1988 and being home to some of the rare and endangered species such as Great Indian Bustard and Lesser Florican, the place has remained popular among tourists. This is also an awesome site for birdwatchers and a wonderful example of mutual coexistence where man and nature reside together!

Suggested Read: 9 Cool Places To Visit In Summer In Andhra Pradesh To Beat The Heat In 2022

Oravakallu Rock Garden is an enticing stretch comprising igneous rock formations. Located nearly 20 kilometers from the main city, this garden is famous for boating and cave museums and serves as a popular picnic spot for those staying with their kids. It is one of the most popular Kurnool tourist attractions.

Mahanandi is another beautiful escape for nature lovers. It is surrounded by dense forestation and the place features numerous exciting treks for adventure lovers. Located in the east of Nallamala Hills, this serene village of Mahanandi, is home to natural beauty and distinct flora and fauna. It is also home to the famous temple of Lord Nandi, called Nava Nandulu. The temple was established in the early 10th century and is one of the significant 9 shrines that are dedicated to Lord Nandi.

Suggested Read: 6 Best Valleys In Andhra Pradesh One Must Visit To Enjoy A Laid-Back Vacation!

You would surely be thrilled to know that the Kurnool district is also home to the largest and longest cave system in India, called Belum Caves. The place is still open for tourists and is one of the most exclusive experiences of Kurnool. These caves have numerous pathways with entangled patterns of water stream on limestone. A site of this cave which is nearly 46 meters deep, called Patalganga as an underground stream flows through this point.

Suggested Read: 28 Places To Visit In Andhra Pradesh For An Enlightening 2022 Vacation!

Popularly known as Kurnool Fort, this is undoubtedly one of the best places to visit in Kurnool. It is located at a distance of nearly 2 kilometers from Kurnool railway station and is well-connected through the road. The fort was built during the Vijayanagar empire and had a hidden tunnel that passes from beneath the Tungabhadra river. There is also an enormous watchtower in the fort which offers spellbinding sights of the surrounding area.

Suggested Read: Here Are Top Things To Do In Horsley Hills For A Fun Vacation In Andhra Pradesh

Suggested Read: 8 Exciting Things To Do In Andhra Pradesh To Explore The State To The Fullest!

The famous tomb of Abdul Wahab is also known as Gol Gummaz due to its similarity to Gol Gumbaz of Bijapur. It was established in the 17th century after the death of Abdul Wahab Khan, the first Nawab of Kurnool. The tomb holds 2 majestic domes, arches, and prolonged verandahs. Being located in proximity to Osmania College, the tomb is frequently visited by students and scholars looking for a quick break.

How To Reach Kurnool

Kurnool is one of the most refreshing getaways in Andhra Pradesh and is well connected through rail and road. Here are the best ways to reach Kurnool:

By Air: The nearest airport to Kurnool is located in Hyderabad. However, if the plane is your most preferred mode of transportation then you can take a flight to Begumpet Airport in Hyderabad and take a taxi or cab to Kurnool which is nearly 187 kilometers from there.

By Train: You can take a train to Kurnool Railway Station which is well-connected to the major cities of the country. After de-boarding the train, you can take an auto rickshaw or taxi to your preferred destination.

By Road: Kurnool welcomes regular buses from Anantapur, Chittoor, Hyderabad, and Cuddapah. You can board a direct bus to reach here. You can also take a taxi from major cities of Andhra Pradesh and Tamil Nadu to reach here.

Further Read: Make Sure You Visit These 14 Temples In Visakhapatnam On Your Next Trip To Andhra Pradesh In 2022!

So what are you waiting for? There are numerous interesting and beautiful places to visit in Kurnool making you have a memorable vacay! Plan your next trip with TravelTriangle and get an itinerary drafted exclusively according to your preferences.

Paragliding In New Zealand: 5 Best Places That Let You Soar High In 2022!