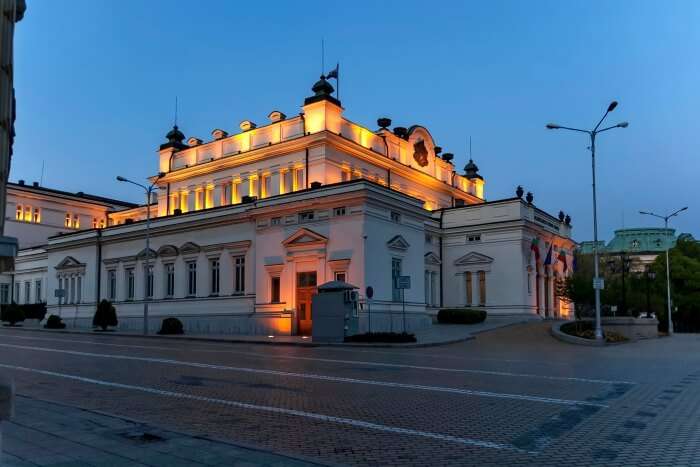 Sofia is Bulgaria’s capital city. A stroll through the town manifests flashes into its colorful history. You can view Eastern-turned architecture of Turkish, Western-custom baroque constructions and communist squares all entangled in a vibrant European capital. Sofia is a pleasure not only for culture and past connoisseur, but it also offers various exciting outdoor activities for passionate as well as a broad range of places to visit in Sofia, Bulgaria. Aloof from forest areas and huge parks weaved in the town, it struts of a ski resort at the top the omnipotent Mount Vitosha, which is not much far away.

8 Best Places To Visit In Sofia

Sofia has an active and modern public transportation conformity consisting of subway, trams, trolleys, and buses. Though, pedaling a bicycle is an excellent idea to traverse the city center. Bicycles can be borrowed in various areas around the capital city at an affordable price.

When the concern reaches to travel, exploration and tourism, the last spot which appears to the mind is a metro station, but in case of Sofia, things are unique than what you speculate from the rest of the globe.

The city has experienced a history of over 7000 years, and usually one will inadvertently trip upon it. While comprehending the metro system tunnels, development operators exposed remnant of Roman buildings. Now, when driving by the station, one can observe and feel the remnant of an antiquated legacy.

While expecting for the train to arrive, tourists can go through the artifacts which have been stored in glass receptacles, similarly as in a museum. The best thing about it is that the ticket here is much more affordable as compared to that of visiting a museum.

For those who do not favor the concealed wisdom of the metro, there is a solution too. The entire region across the Serdika metro station is packed with ancient architecture remnant fording from the residence of President to the St.Nedelia mosque.

Must Read: 10 Villas In Bulgaria That’ll Ensure You Have A Luxurious Stay

After the war for the liberation between Russian-Turkish ends, this memorial was built in remembrance of all those who have died in the battle of freedom. It is the largest church on the Balkans and a covenant to iconographic and architectural mastery.

Every single thing from the great portraitures of saints, the huge wooden door, and the picture of Providence pulled upon the roof, and the tzar’s throne is the must-view for all the tourists, no matter of what religion and culture they are from.

Those who favor a more tranquil recreation can visit Boris’ garden, which grants a broad assortment of monuments, plants, and even its private observatory. It is a place to get mesmerized in nature’s serene embrace are everyone would be perpetually honored to arrive at tBori’s garden, which is among the best place to visit in Sofia.

For the ones who are looking for an entire wild and untamed endeavor of natural beauty, Vitosha mountain range is a great place to visit which is close by from this place.

It is the first educational institution to promote higher education and was brought into the existence during the 3rd Bulgarian tzardom. The rectorate architecture is both a Bulgarian cultural monument and an educational facility.

A single glance at it grants spectators the hypothesis of a building with the fascinating history. The standard late 19th-century building, consolidated with the massive statues of the brothers Evlogi and Hristo Georgiev who backed the construction of the building, is an extraordinary artwork. The mystery does not end here only; it is among the best places to go in Sofia Bulgaria, its beauty from the inside of the building is just as majestic as suspected. Incredible paintings, monstrous marble stairways, and the creaky wooden gates all exhibit a fantasy, which is value hearing too.

It is among the places to visit near Sofia Bulgaria that makes the tourists experience the typical buildings. It was constructed in the year 1981 as a portion of Bulgaria’s ceremony for 1300 years of the history of Bulgaria; it continues to be the greatest congress center in South-Eastern Europe.

It possesses thirteen halls in which several cultural exhibitions are organized — art exhibitions, The Day of the Book, music concerts, folklore performances, art performances, and much more notice their home below the ceiling of this infrastructure. The construction holds an area of 123000 square meters, has three underground levels, and eight floors. The first hall individual can possess around 3400 persons, which indicates that each visitor can get something unique that fits their taste within the walls, roof, and flooring of this cultural mastodon.

Suggested Read: 13 Beaches In Bulgaria You Must Visit For A Laidback Experience

The very well known Sofia Largo is the great Independence Square in between the office of President, the Council of Ministry, and various other administration buildings. It’s been lately rehabilitated, and since the town of the ancient Roman town of Serdica was placed adjacent to it, you can now these days trek underground and watch the archaeological verdicts, maximum of them in situ. Amongst the fascinating places to visit in Sofia is from the underground archaeological level, where a unique transparent roof displays the entire street above.

Suggested Read: 21 Spectacular Places To Visit In Bulgaria That Are A Treat To Your Eyes

During the summertime, youths mostly live in the elegant garden enduring in front of the National Theater Ivan Vazov, the period after the sun sets down becomes the busiest time for beers, laughs, and chatting. Here you will find two varieties of people at all times – senior citizens playing chess and street musicians. In wintertime, it’s the place where the primary market of Christmas takes place. The fountains and decorative lighting at the theater front boosts the cozy surrounding.

It is among the most magnificent buildings in Sofia was supposed to be the Core Mineral Bath, where as of now it holds the Sofia History Museum. Experience the pleasure of the sheltered stalls across the fountain at the front phase of the golden yellow architecture, and don’t forget to have a look at its inner beauty. You’ll become familiar with Sofia much better only if you go through its past (including centuries-old relics, last-century photos, a king’s carriage, and a retro tram in which you can sit also).

Unlike various other European capital cities, Sofia does not have a historical hub with curvy cobblestone alleys and old buildings. The grayish and soothing Communist-era building still overshadows the Bulgarian capital city with some modern and vibrantly colorful infrastructures all around. Sofia is a wonderful town, but its spectacular places are spread all across and not so apparent. We have discussed all the top 10 places to visit in Sofia Bulgaria that will undoubtedly bring immense pleasure and satisfaction when on a visit to Bulgaria.