10 Rivers Of Hungary One Must Visit To Capture The Finest Beauty Of These Nature’s Retreat! 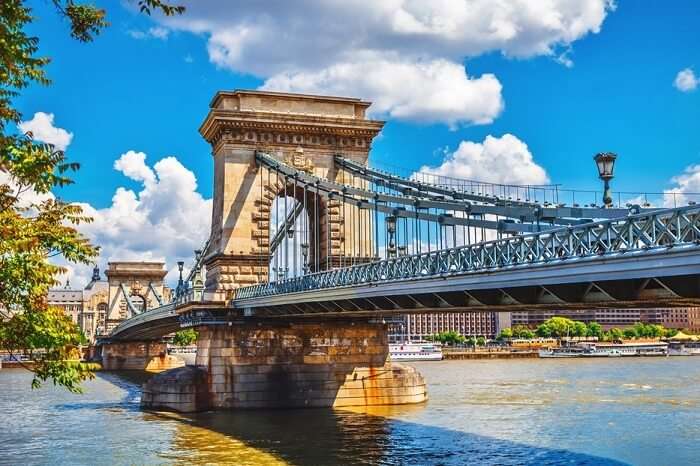 Hungary is a country which is landlocked between Slovenia, Ukraine, Serbia, Austria, Romania, Croatia, and Slovakia. Hungary is divided into three major regions which are then divided into seven smaller regions. These three regions include the northern Hungarian mountains as well as the Transdanubia which is a region surrounded by hills. Hungary’s best natural resource is its fertile land which makes about 70% of the country suitable for agriculture. Hungary also consists of a lot of rivers which provides sufficient waters throughout the country and also serves as a nature’s retreat for the travelers.

If you’re looking for an escape to the nature then these 10 exotic rivers of Hungary will be your perfect getaway while vacationing in Europe.

Out of the rivers of Hungary, Danube is the second longest river flowing in Europe with 1,777 miles. Danube river map shows that it flows through parts of Austria, Germany, Slovakia, Serbia, Croatia, Moldova, Bulgaria, Romania, Ukraine and more. The Danube empties out into the black sea. Danube River along with its tributaries and other significant rivers was the location for the growth of some of the very early human cultures. It serves as the main source of drinking water for around 20 billion people in Germany's Baden Württemberg. Apart from this, it is a great river to go fishing in, even though fish have decreased in recent years. There are a lot of tourist spots which one can frequent.

Must Read: Hungary In Winter: Come To Enjoy The Scenic Views Of Snowcapped Landscapes

It is one of the important rivers which flow through central Europe. It flows through four countries, which include Romania, Serbia, Ukraine as well as Hungary. The river is 600 miles long and it was once popular as the most Hungarian river as it passed almost entirely through the kingdom of Hungary. The Tisza begins flowing from Rakhuv in Ukraine and then joins the Danube in Serbia. There is also a dam of the same name which was built in the 1970s with the main aim of controlling floods and storing water. But it became one of the most popular tourist destinations in the country. Very diverse wildlife also populates the Tisza river and it includes about 200 species of birds.

Out of the rivers of Hungary, this one is situated in the southern part of Central Europe. It is the fourth largest tributary of the Danube River which flows through Croatia, Austria, Slovenia, and Italy. The river is 465 miles long. The Drava River begins from Innichen in Italy and then goes through to the various other countries, before settling into Hungary and joining the Danube river from Osijek. The Drava gets its name from the dravite species of tourmaline and currently, it has around 22 hydroelectric power plans.

Raba is situated right in Western Hungary as well as in Southeast Austria, right from its source in Austria which flows in yo Hungary before joining up a tributary of the Danube right in the Hungarian city of Győr. The river is 247 miles long and its powerful streams are a beauty to watch. Raba River used to actually flow in the opposite direction during the very early Cenozoic era but its flow got reversed due to tectonic uplifting. Visitors will be surprised by the amazing aquatic life found there.

This is a river which is situated in Western Romania as well as in the South Eastern part of Hungary. The river begins due to the confluence at the headwaters of Crisul Poienii and Crișul Băiței, which are located in the Western Apuseni Mountains. It also flows through the towns of Beiuș and Ștei in Romania. The small Rosa River is actually one of its tributaries. After the river crosses Hungary's border, it goes on to join the Fehér-Körös from the north of Gyula to the Körös River. A part of the river from the river Crisul Repede gets diverted towards the Crișul Negru by the Criș Collector Canal.

Marcak is the right tributary of the Raba river that strata near to that of Sümeg in the Bakony region of western Hungary. The river then flows north and reaches Ukk which is located right on the Little Hungarian Plain. The river also follows a very similar path to Raba and there are plenty of places where they are just a kilometer apart. They finally meet at Győr. The river got contaminated due to a chemical spill in October 2010 due to red mud and then it temporarily suffered a huge kiss of aquatic life. But the river has since recovered from the disaster.

Zala flows in South Western Hungary; it begins in the hills in the Northwest of Szalafő, which is near to the borders of Slovenia and Austria. It flows through the Hungarian counties of Zala and Vas. The length of the river is 139 km and the drainage is 2,622 sq km. There are plenty of small rivers which feed into it, the likes of which include the Szentmihályfalvi Patak, Felső-Válicka, Szentjakabi Patak, Sárvíz (Zala) Patak and more. It also flows through the city of Zalaegerszeg before flowing right into the Lake Balaton which is located near Keszthely.

Hornád is a river which flows in Eastern Slovakia and also in north-eastern Hungary. It is a tributary of the river Sajo and its source is the eastern slopes of Kráľova hoľa hill, which are located to the southwest of Vikartovce. The length of the river is 286 km, of which 178 are situated in Slovakia and the rest 108 km flows in Hungary. The cities which are located along the river are Košice and Spišská Nová Ves, both of which are situated in Slovakia. It then flows into the river Sajó. All along the river, there are 6 different limestone rocky cliffs as well as steep slopes which create the site Hornádske vápence and it is a place of community importance.

Körös flows in eastern Hungary and also in Western Romania. The length of the river is 128.6 km, which resulted from the confluence of the Fehér-Körös (Crișul Alb) and Fekete-Körös (Crișul Negru) near to the town of Gyula, which are its two sources. The drainage basin of the river is around 27,537 km square. The river also has another source river called Crișul Repede, but all if their origins are in the Apuseni Mountains in Transylvania, Romania. The section of the river which is situated downstream from Gyomaendrőd is called the Hármas Körös and it flow right info the Tisza River near Csongrád.

This river is called Şieu Commune in Hungarian and Şieu River in Romania. Its length is 229 km, out of which 110 is in Slovakia whereas the other 119 km is in Hungary. The river gets its source from the Stolica Mountains range of the Slovak Ore Mountains. Sajó flows through the town of Rožňava in Slovakia as well as the Hungarian city of Miskolc. In Hungary, the river flows through the county of Borsod-Abaúj-Zemplén, then it goes on to flow into the river Tisza which is near Tiszaújváros. The major tributaries of the river are Hornád and Bodva.

Further Read: 13 Indian Restaurants In Hungary You Must Visit When Craving Something Spicy

There are a huge number of Hungary Rivers spread across this European country. These rivers are big, powerful and mesmerizing. These rivers also provide sustenance for the wildlife and human civilization which thrives all around it. The history of thousands of years is written in these waters, with even more to come, so if you’re on the verge to plan your Europe trip, then make sure to keep these rivers in your list too.