10 Roman Food Delicacies That Are A Must Try In 2021 & Would Make You Want To Stay There Forever! 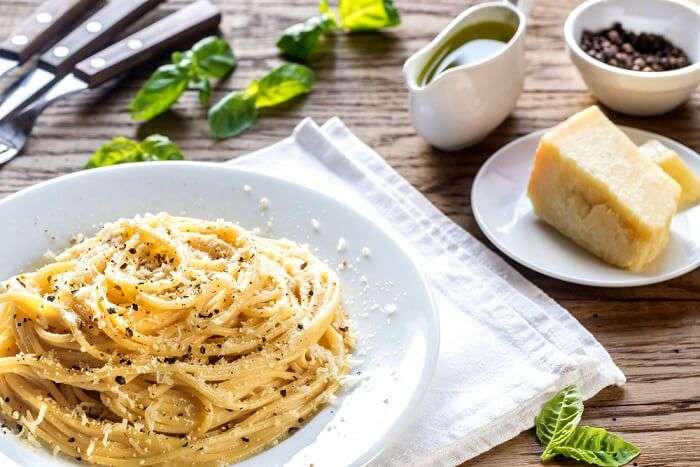 There’s more to Italy than the world-famous Italian cuisines, and the exquisite Roman food delicacies prove that well. Every region offers a unique variation on the platter, and none of it is less than a lip-smacking culinary delight. From the caesar salad to fried cod, the ‘eternal city’ knows how to titillate your taste buds, which makes taking a food tour in Rome an absolute must-do on your next trip.

10 Exotic Roman Cuisines That Would Leave You Craving For More

But, to begin with, here are the 10 unique yet typical Roman food options that you can try for treating the explorer in you.

Carciofi, which are actually artichokes is one of the best Roman foods to have in the eternal city, especially when it’s been made the Roman way. It is usually a concoction of bread crumbs, garlic, mint, and parsley filled into the artichokes and served after cooking with olive oil and water. Though, you might also come across a Jewish-style carciofi, which is deep fried till perfection.

Suggested Read: Rome Is Finally Getting Its Own Beach And We’re Packing Already!

Visiting Rome and not coming across the popular carbonara is just next to impossible. Quite synonymous with the European city, it is one of an appetizing ancient Roman dishes cooked along with raw egg yolk, black pepper, guanciale, and grated pecorino. If you’re a pasta lover, this cuisine is definitely a must-have, and can be savoured either in the form of spaghetti or rigatoni.

Pizza has been yet another most popular cuisine on the traditional Roman food list, and a variety can be seen throughout the city. But, if you’re up for indulging only in the authentic Roman-style, then a pizza by the slice with a simple combination of toppings like the tomato sauce with parsley or focaccia with rosemary is the choice to make. And rest assured because these ‘as thin as invisible’ crust of pizzas are nothing like you would have had tasted before.

Suggested Read: Rome Nightlife: 10 Best Places To Let Your Hair Down In This Ancient City

If there’s one thing apart from pasta or pizza, which Rome is most famous for, it is the fritti and a top favorite is suppli. Deep fried rice balls mixed with ragù and mozzarella, these are best savoured as appetizers, but at any hour of the day. And needless to say, suppli is a classic food option for anyone who wishes to delve into something unique.

Another favorite fritti amongst the locals is Baccalá, which is a salted cod fried in a batter of egg. This cuisine is undeniably the perfect thing to have during your Rome food tours and can be easily found anywhere in the city. However, for an absolutely authentic taste, Dar Filettaro near Campo de Fiori is the best place to visit with your loved ones.

Suggested Read: 25 Best Hotels In Rome That Are All About Luxury, Comfort, And Convenience!

They say “When in Rome, do like the Romans do”. But, we can bet that if you really begin to eat like the locals, pasta is one Roman food that you’re definitely going to get obsessed with. As simple and tasty as it could get, the cacio e pepe is a classic dish to treat your taste buds with. Made with pecorino Romano cheese, black pepper, and leftover pasta water, it has a spicy yet cheesy sauce that feels like heaven.

While some traditional Roman foods are a sight to look at and smell, some are not. Amongst such cuisines, is the famous tripe whose texture and smell might leave you baffled. But, take our word and don’t judge it by its look. The spicy tomato sauce, its suppleness, and the unique concoction leaves an indelible taste in the mouth.

Must Read: 10 Romantic Things To Do In Rome With Your Amore

A perfect amalgamation of the Roman food and drink, Saltimbocca is a dish prepared with veal, which is lined or topped with ham and sage. Totally lip-smacking, these heart slices of the veal also have prosciutto crudo and fresh sage, which are marinated in the white wine. Being a totally new cuisine, you may feel a bit afraid to try it, but believe us it’s worth giving a shot at.

The city of Rome is famous for its quinto quarto style of cooking, which refers to the fifth quarter of the animal and has ingredients like feet, brain, heart, and more. Coda alla vaccinara is one such famous quinto quarto recipe, which is made by stewing oxtail, and has celery, onions, garlic, and a few other aromatic herbs. Quite a bold cuisine, we suggest you try it on your own risk.

A rich Roman food for kids and even for adults, maritozzo is an impeccable breakfast choice. Comprising of a pastry and a cappuccino, this sweet bread roll is often baked differently in every region. Though the most popular one that you must try is the one filled with the whipped cream. Needless to say, a bite or a whole would make your heart happy and fuel you for the rest of the day.

If apart from the Colosseum, there’s anything that should make you look forward to your Europe trip, it is the exotic Roman cuisines. Lip-smacking and melt-in-the-mouth good, these are so hard to resist that you would definitely want to extend your holiday in Europe!

Q. How is the Roman pizza different from the other pizzas?

A. Unlike most of the pizzas, the Roman speciality is baked with a unique dough recipe, which makes it so thin that the crust is next to invisible. The toppings are quite simple as the locals prefer and mostly have a combination of two ingredients.

Q. Which are the most famous Roman drinks to have in Europe?

A. Vino Rosso, Prosecco, Bellini, and Grappa are a few popular drinks in Rome that you can try during your holiday in Europe.

Q. What is the best time to visit Rome for a food tour?

A. While the beauty of Rome can be witnessed throughout the year, the best time to enjoy a food tour and make the most of your Euros are the months from April to June and September to October. There is hardly any tourist crowd during this time and the temperature is mild too.

Q. What was the most popular food in ancient Rome?

A. Wheat was the most popular food in ancient Rome.

A. One of the Roman catholic food restrictions is that the Romans are not allowed to eat red meat on Fridays.

12 Thrilling Adventure Sports In Pune And Around In 2021

12 Malaysian Street Food Dishes That You Should Try In 2021