Russia Plans To Open A Luxury Hotel In Space By 2022 Since Earth Is Too Mainstream! 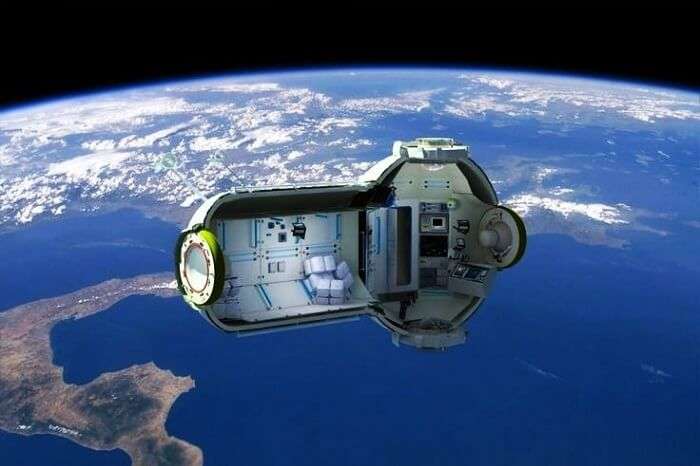 While most of us are still working on our bucket list for 2018, Russia has already established some major travel goals in the outer space. A space agency in Russia plans to open a luxury hotel in space by 2022 and you are welcome to board the spacecraft if you are willing to pay an amount of JUST $40 million! You read that right!

Suggested Read: This 4-Year Old’s Adorable ‘Trip To The Moon’ Proves That Wishes Do Come True!

According to the leading tech magazine Popular Mechanics, Russia plans to make a comeback in the space tourism business with the launch of this luxury hotel at the International Space Station (ISS). Letting the travelers relish the taste of orbital adventures, each module weighing 20-ton and measuring 15.5 meter-long is expected to offer:

Last but not the least, one will also have an access to full-fledged Wi-Fi services (much needed yes?) at the luxury hotel in space. In addition to all this, you not only get to admire how tiny our planet Earth looks from a distance of about 250 miles into the space but also get a chance to experience the thrills of a guided space walking tour with a professional cosmonaut.

Coming to the real deal, the whole trip will be for a duration of about one to two weeks and a round trip would cost each traveler just about $40 million. Also, if the ones born with a silver spoon (diamond spoon actually) would like to extend their stay to about a month, it will cost them an additional amount of just $20 million.

Suggested Read: Starting Next Year, You Could Walk Through Space, But We Are Flying Already!

Initially, RKK Energia – the main space station contractor of Russia plans to send two travelers on every Soyuz flight wherein the travelers will be accompanied by a professional cosmonaut. And with so much to do in space by 2022, you might as well start your planning now!

Fancy a trip anyone?