Virgin Galactic Will Soon Be Making Space Tourism A Reality 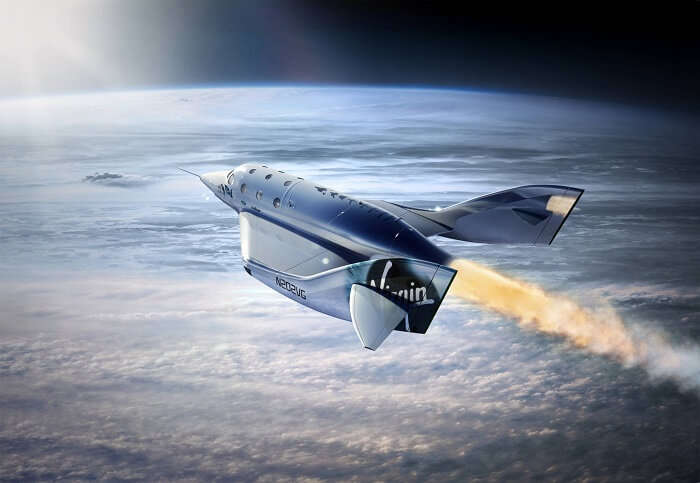 Thanks to the successful glide test of Virgin Galactic spacecraft the VSS Unity last week, it looks like the company will be keeping their promise of operating their first space tourist expeditions later this year. “The test pushed Unity’s atmospheric capabilities hard, touching top-end glide speeds as pilots Mark ‘Forger’ Stucky and Michael ‘Sooch’ Masucci completed a busy test card,” the company officials said in an interview.

On Thursday, the 11th of February 2018, the VSS Unity was released from its mothership over the Mojave Desert at an altitude of 50,000 feet. The spacecraft then began its steep descent, accelerating to Mach 0.9 to test its flight performance, stability, and control before safely landing.

“At this stage of the glide flight programme, each flight is essentially a dry run for rocket-powered test flights,” the Virgin Galactic put forth in an update.

Success hasn’t come easy to Virgin Galactic. This successful test flight has happened three years after a pilot was killed in a fatal crash during a test flight in the Mojave. It took around two years post that agonising event for the Federal Aviation Administration to re-issue a commercial operating license to the company. But surely, VG has turned things around dramatically!

Owing to this victory the company is ‘on-time’ to reach founder Richard Branson’s goal of being on a suborbital test flight by the month of April. This signifies that in the next few months, the Virgin Galactic will be able to add elements to each test flight so as to give passengers a fancy feeling of being part of a space exploration programme. In fact, commercial flights are expected to commence by the end of this year.

But what kind of space exploration trip will it be and where will it take people? Well, the spacecraft is designed to carry six customers and two pilots. The passengers will be given a 2.5-hour experience including a six-minute session of weightlessness and the ability to view the Earth’s curvature from space. Awesome, right?

How much will it cost? A round-trip ticket aboard the VSS Unity spacecraft will cost $250,000 (1.6 crores). Bookings have already started and some celebrities including Stephen Hawking, Ashton Kutcher, Leonardo DiCaprio, and Justin Bieber have already reserved themselves a seat for a voyage into space. Who’s next?

The Kashi Virtual Tour Museum Is A New Step In The Tourism Sector Of The City!