San Francisco With Kids: All The Details About Your Next Family Trip! 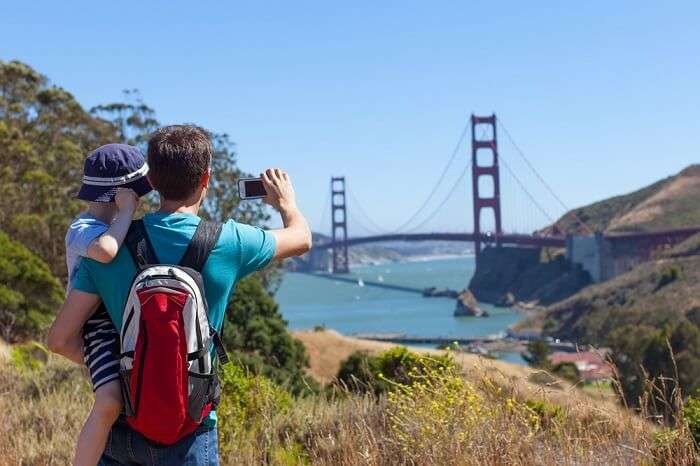 San Francisco is a hilly city that is set on top of the peninsula, surrounded by the Pacific ocean as well as the San Francisco Bay in the northern California. Known for its year-round fog, the golden gate bridge as well for its colorful Victorian houses and cable cars. But there’s more to this city than just these famous landmarks and so you must head to San Francisco with kids and family for an exciting trip.

Image Source
While it may take weeks and even a couple of months to see the city in its full glory and to deeply know about its culture and people, but people don’t have that time of luxury and kids don’t have that much of an attention span to visit all places. So, the best time to visit San Francisco with kids is from the months of September to November. During the fall, the city’s temperature rises and there are also fewer crowds than during summers. Alternatively, spring is also a good time to visit because of the mild temperature as well as the relative lack of rain than in other parts of the state. The summers bring out the sea lovers while the winters are good for people who are looking to tour the city with cheaper price tags on everything.

Ideal Duration Of The Vacation

The ideal duration would depend on what you want to do in San Francisco, because in all, 4-5 days would be quite enough to see the city as a visitor but not explore it in any depth. This might suit people who are visiting San Francisco with a 10-year-old kid. 1 day would be enough to see Alcatraz and Fisherman’s Wharf. But a full week as such would allow one to see museums, shopping, scour the restaurants, see a show, take a trip outside the city and more.

Here is the perfectly curated list of places that you should definitely visit when you are exploring San Francisco with your kids. Keep scrolling down and read along!

Image Source
The most photographed site in the entire city, Golden Gate Bridge is a beautiful orange structure which is backed up by pristine blue waters. Once called the greatest man-made creation, it was opened in the year 1937. Many times it is also peaking through sublime low lying clouds, all of which make for excellent pictures. But during nighttime, the structure is equally striking with all the floodlit lights. If you want to drive over there, then use the roads SR 1 or US Hwy 101. To take good pictures, the Nob Hill and the Golden Fate Recreational Center are ideal.

Must Read: 10 Brilliant Day Trips From San Francisco That You Can Take With Your Globetrotter Buddies In 2021

Image Source
The notorious and historic Alcatraz penitentiary is located in the city’s bay and is one of the nation’s most famous prisons. There were a total of 1,576 convicts in here. It was operational for three decades before being closed down in 1963. It was reopened as a tourist attraction in 1973. You can use a ferry to get there and your the site as you listen to an audio recording which will allow you to see what life was like for the prisoners there.

Image Source
A really popular tourist area. The old area, once known as the Little Italy of the city is famous for its shops, beautiful setting as well as the good restaurants. Check out the Ghirardelli Square, Hyde Street Pier, USS Pampanito and the Madame Tussauds Wax Museum. It’s just a really fun place to start your tourist journey or to just stroll around and get a beautiful taste of the city. You can also take a sightseeing cruise to see some of the most spectacular views of the city.

Best Things To Do In San Francisco

There are loads of things to do in San Francisco with toddlers and below are the sites which are interesting for kids and adults both. Take a look!

Image Source
These aren’t the fastest way to get around the city, but there is an important San Francisco experience. It is also just fun for kids. The most interesting ride is the one to see the hilly cityscape. It is the Powell-Hyde line. It starts off at the corner of the Powell and Market streets and then proceeds to the Russian Hill as well as the Nob Hill. Next up is the Powell-Mason line which starts off at the same place, but makes its way down to the Bay Street.

Image Source
A popular hour-long cruise where the itinerary includes sailing from right under the golden gate bridge, past Sausalito and Angel Island. The morning cruises are actually less crowded than ones in the afternoon. While here do bring in sweaters since it is chilly in the open waters.

Image Source
An amazing place to visit with kids as it is as much a kids museum in San Francisco as it is for the general public. The artworks are truly mesmerizing and don’t leave without taking the elevator to the observation platform on the ninth floor. The whole floor is decked up with floor to ceiling glass, so as one can imagine one gets a cool 360-degree views of San Francisco. It is about $10/adult, $6/teen, free for kids 12 and under. It is open Tuesday-Thursday and Saturday-Sunday 9:30am-5: 15 pm, Fri 9:30am-8: 45 pm.

Image Source
Packing for San Francisco won’t change much from season to season, but there is a significant drop in temperature from when the sun sets, there are also the cold hills too, so at the end it is like packing for various climates, all at once.

Tips For Your Trip

Further Read: San Francisco In December: An Ultimate Guide To Witness The Snowy Magic & Charm In The City

San Francisco is a golden city and there are loads of treasures hidden here. There is children’s creativity museum in San Francisco and the things to do in San Francisco at night with family are also endless. So, pack your bags, book your trip to San Francisco with TravelTriangle and get ready to have a great time with your kids!