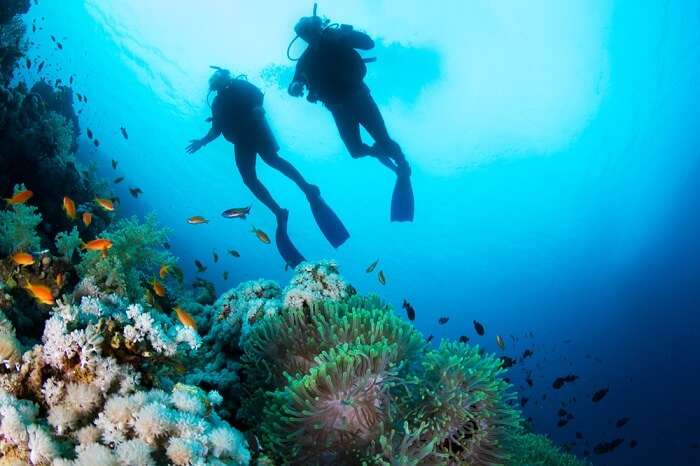 Scuba diving in Montenegro is a perfect combination of adventure and serenity. This Balkan country is one of the recent ones to have got its independence, but yet, has grown so much, that this country has become a much-frequented travel destination. And why not? Along the coast of the Adriatic Sea, Montenegro has a number of beaches – small and big – which are crowd pullers, stunning mountain ranges and some of the unique experiences you can ever have. One of the things that it is becoming famous for is its scuba diving. So, it is no surprise that tourists are flocking to this little country, which is yet to be explored in its entirety. You will be truly amazed by the diversified dive spots that it possesses.

The country is still young and for that reason, its beaches and dive spots are largely unexplored. So, it is the perfect place for you to start your vacation and soak in the raw beauty of these diving sites. 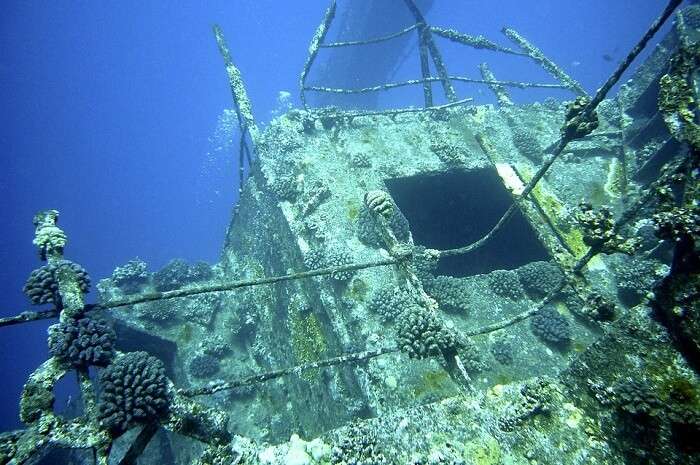 Image Source
Tihany was a steamship, which was rented by the Austro-Hungarian Navy during World War I. In fact, the steamship shares the same name as a town in Hungary. The ship plied across the eastern Adriatic coast and had hardly been running for 10 years before it sank in the islet of Školjić, which is near the Island of Unije. Rescue operations to revive it also failed. Today, it is one of the most popular dive sites in Montenegro. It is always intriguing to explore things, which have such a history. Dive in to find the shipwreck. It is completely rusted and you could even dive into the interiors of this steamship and glimpse of what is left of it. It has also attracted a lot of marine life, which has made this wreck, its home. Apart from the tiny fishes that you will find, circling the wreck when you are there, you will also find lobsters, sheepshead fish and the damselfish among others. The wreck is covered in algae, but that what brings out the beauty of this wreck to life. 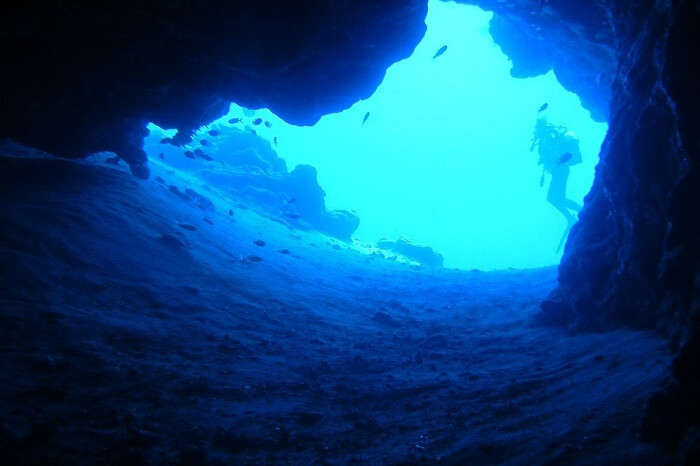 Image Source
There is one in Greece and there is one in Italy too, but this Blue Cave or Plava Špilja, as it is called, is one of the unexplored underwater dives. Located one the Lustica Peninsula, this place is the perfect combination for Montenegro Scuba and Snorkelling activities. It is one of the largest caves on this Peninsula and is a thing of utmost natural beauty. Why is it called the Blue Cave you ask? Well, when the sun’s rays enter the cave, the light of the water surface reflects and the whole cave takes on a dreamlike hue of blue. There are two entrances to this cave; the larger one is especially for the boats. The water is warm here and is ideal for a great diving experience. Best part…you do not even need to carry a torch though it is a cave since it is so bright with the blue light that the water surface emanates. You can see a whole lot of marine life including different kinds of fishes and eels. 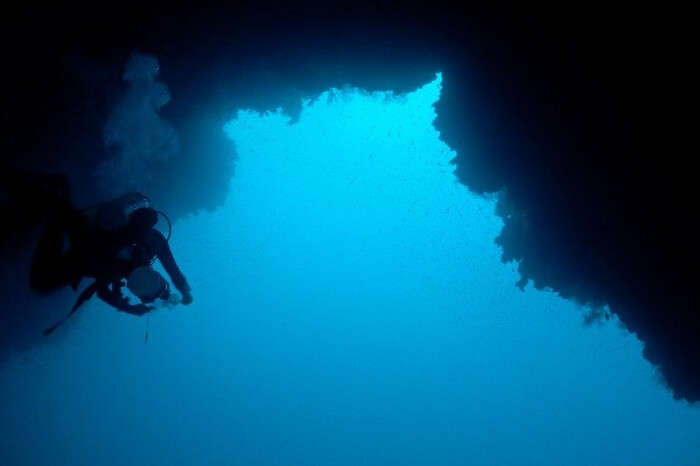 Image Source
This is yet another natural beauty located in the cove of Mala Gora. It is an interesting dive site in the Poseidon City, filled with caves and tunnels, almost like a maze. There are a lot of caves at this diving site, each at a different depth from the other and surrounded by reefs. Here too, the caves reflect the natural light, but as you go deeper, you will need to carry a torch with you as it gets darker. The flora and the fauna of this dive site will just amaze you and is so soothing when you are trying to navigate through the big and small openings of the caves. You will spot lobsters, shrimps, crabs and other tiny and big marine creatures as you make your way through those caves and tunnels. This dive will be an experience of a lifetime as it offers loads of adventure and thrill. 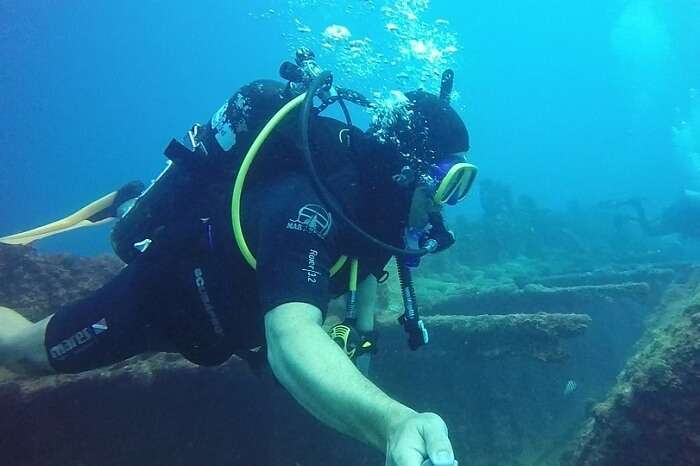 Image Source
This one is located in Budva. It was an Italian freight ship, which sunk around 70 odd years ago, while it was being used by the Italian Navy during the 2nd World War. It was named after the ancient Italian hero, Orest. While the goods in the ship were completely destroyed when it sunk, but most of the parts of this cargo ship are still visible. Since the ship exploded when it sank, the remains of the ship lie in shambles all across the ocean bed floor. The dive is deep but the ocean is calm, so this makes for a great dive while discovering the wrecks of this cargo ship. There is an abundance of marine life too, which will leave you amazed. 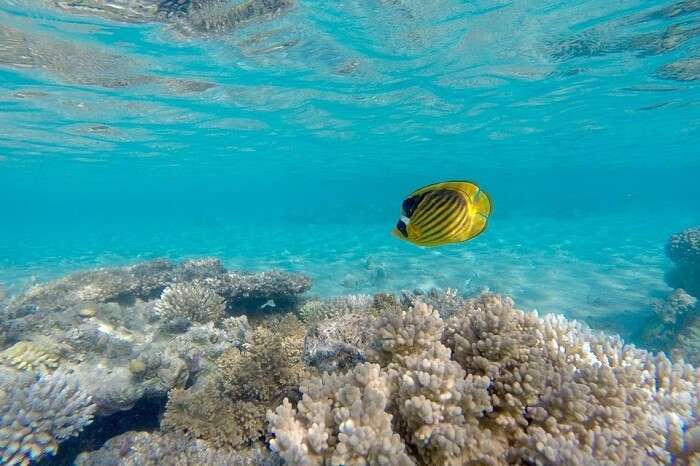 Image Source
This is a surreal and once-in-a-lifetime kind of experience. As the name suggests, it is a reef and it is in the shape of a pyramid. It has two integrated vertical tunnels and the light from the sun’s rays turns the whole atmosphere around the reef blue. It is almost unreal, except it is real. What else could make it even more interesting? There is also an underwater mine, remnants from World War 1. There is also an abundance of marine life too with all kinds of fish, eels and the likes that are found in this part of the region. This dive is one of a kind and is a must try while you are there. 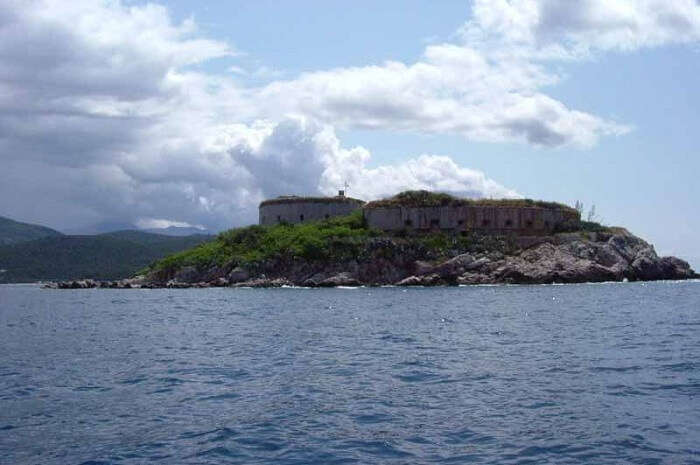 Image Source
This island is known for its fort but that is what makes the dive interesting too. Located at the beginning of the Boka Kotorska Bay, Fort Mamula was witness to many military operations, over a long period of time. for several centuries. The fort Mamula was a defensive object that protected the entrance to Boka Bay, as well as home to a prison. Tourists usually visit the fort and do not know how interesting a dive can be here. Apart from the prison, there is also a beach, of course, and that is what brings us to the topic of diving her. First off, you could be a witness of a treasure trove of marine life, which includes a number of corals attracting octopus, goldfish and hermit crabs among many others. The interesting part of the dive though is that, while in the dive, you will also spot cannonballs and various anchors, which are of historical importance. You will end up finding something different every time you dive in this island.

Suggested Read: Scuba Diving In Colombo: 10 Places For Witnessing The Beauty Of Marine Life Like Never Before 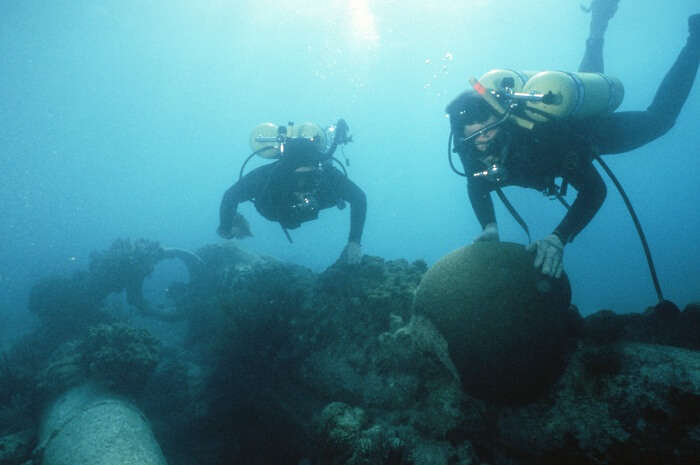 Image Source
This one is yet another wreck and a prestigious one at that. It belonged to the French navy during the 1st World War. It sunk when it could not fight against the strong winds and struck a mine. The wreck was partially removed when the new port was being constructed and only three pieces are there to see, including the crew quarters. Another interesting thing is that while the ship sank, around 30 odd sailors who were there on board also died, but their bodies were given a decent burial years later, when the port was being renovated, by the French embassy officials. Diving here is a little dangerous though since there is still some unexploded ammunition lying around, so the divers are asked to be a little cautious.

Loved their Europe holiday experience? Don’t worry, we will plan one for you too! Just select a Plan a Europe trip to enjoy the thrills underwater on your vacation in Montenegro.