A Stay At This Shipwreck Lodge In Namibia Will Take You Back To The Happier Times Of Titanic! 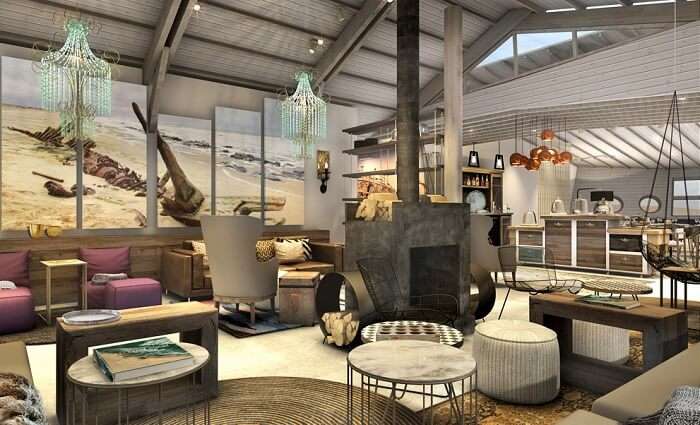 Set on the popular Skeleton Coast and spread across a deserted region of about 146,600 hectares, this African paradise offers a Shipwreck Lodge in Namibia in which, one wouldn’t mind sinking at all. In middle of all the skulls and bones that reside on the coast, an offbeat accommodation awaits in the northwestern region of Namibia that lets you relish the taste of luxury amidst African wilderness like none other.

The best thing about this Shipwreck Lodge in Namibia is its location, which is:

Cannot give shape to your imagination yet? Well that’s how mesmerizing your stay would feel like at these luxurious cabins built in the shape of an actual shipwreck. While the whole lodge comprises of eight twin-sharing rooms and two family tents, each of the wrecks or the rooms will offer:

While staying at Skeleton Coast National Park’s first ever lodge is an experience in itself, you will also be taken through the mind-blowing relics of the Karimona shipwreck, the Ventura Bomber, the Suiderkus Shipwreck, the deserted diamond mines of the Westies, and the remains of Flamingo pools’ reeds.

Other Experiences That Are Not To Be Missed At All!

Suggested Read: Kruger National Park In South Africa Is Your Ultimate Date With The Wild

Details Of Shipwreck Lodge In Namibia

Don’t know about shipwreck-diving, but we are all in to indulge in this stunning Shipwreck Lodge in Namibia. So, how many of you are eager to stay here? Share your thoughts with us in the comments below!

10 Restaurants In Kenya That’ll Make You Fall In Love With African Food!

10 Cafes In Nairobi To Relish African Cuisines In The Capital City Of Kenya!

Zambezi River Guide: All About Your Next Soothing Trip In Africa!

20 Best Hotels In Mcleodganj For Pampering Your Wanderlusting Soul!