10 Best Solo Trips To Mexico To Collect Memories For Life! 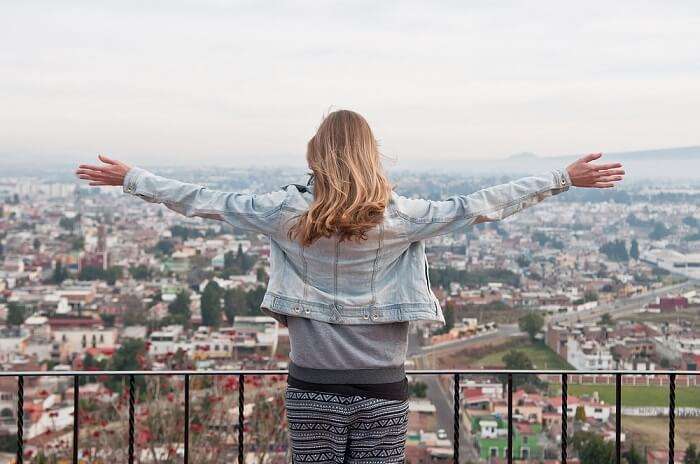 The great country of Mexico remains an enigma to most foreign tourists. Travelling through Mexico, it invokes a lot of emotions – happiness, surprise, joy through the actions of the locals and the sights of the country. Questions have been raised about the safety of tourists who visit Mexico and its cities, which is of particular concern to those travelling to Mexico City alone as a woman. Rest assured, violent events occur occasionally in the outliers of the city and never spills into the touristy parts of the country. So, the answer to the question “Is it safe to travel to Mexico City alone?” is a resounding yes!

Mexicans love visitors and one needs to visit the country to know first hand about their hospitality. Solo trips to Mexico can be easily made, with proper planning and knowledge about the local conditions. Mexico City, the capital is well-connected with major cities of the world such as Atlanta, Amsterdam, Houston, Los Angeles, and Paris.
Without much ado, let us show you ten tourist attractions that will make your trip to Mexico a memorable experience.

Take a look at the best solo trips to Mexico that will give you an adventurous experience to collect memories for lifetime!

Solo trips to Mexico would be meaningless if you never get to see what Mexico is all about. The best place to start would be this museum, the largest one in the entire country. Walk through the exhibits in grand halls to understand the culture and the heritage of the famed Aztecs. Marvel at the Stone of the Sun which is commonly known as the Aztec Calendar Stone. The museum also pays respect to other cultures of the World through its exhibits.

Must Read: Mexico Travel Guide: Know Where To Go And What To Do On Your Next Visit To The Country!

Burritos, Tacos, Quesadillas, Guacamole are famous all around the world but is best eaten in this country where food is treated with utmost respect. The cities of Puebla, Oaxaca, Mexico City, and Mazunte are home to some of the finest cuisines. Experience Mexico like never before by trying out food tours organized by major tour operators. We all know that sharing food is something no one likes to do, making these tours the perfect opportunity to kick-start your solo trip to Mexico.

Let’s get one thing cleared, Pyramids are found all around the world and not just in Egypt. Mexico offers something for every tourist and keeping true to its word, are the Teotihuacan pyramids which are just 30 miles away from Mexico City. This UNESCO World Heritage Site is the remains of a successful empire, long before the Aztecs were active. Visit this place and immerse into its many mysteries as there is little evidence as to their origins and history. Walking on the Avenue of Dead will send shivers down your spine.

Suggested Read: 7 Best Zoos In Mexico Which Will Be A Great Place For A Playful Day With Kids!

4. Mariachi Bands: Spend The Night Listening To Them

Music is an integral aspect of the life of Mexicans and this is very visible in the cities of Mexico. Art and music are close to the hearts of people and numerous street performances are seen on the roads of Mexico City. Your Mexico City solo travel must involve Mariachi bands serenading you to a blissful night. The group performances have a variety of instruments such as the violin, the trumpet, the guitarra de golpe, the flute and the accordion amongst others. Mexico City is truly music to hears, thanks to the numerous Mariachi performances all night long.

Location: All around Mexico City

5. Oaxaca City: Where The Old And The New Collide

Oaxaca City is known as the Mecca for foodies in Mexico. But the city is much more than that. It has been in existence for more than 8000 years, from the days of the Aztecs through the Spanish Colonization to the present-day city as we know it. Thanks to its multi-cultural history, its architecture stands out and offers a glimpse into the lives of its former inhabitants. The city is famed for its cathedrals and has to be visited to gain a sense of spiritual awakening. Street food stalls are found aplenty and will be a treat for your taste buds.

Suggested Read: 10 Best Indian Restaurants In Mexico That Will Titillate Your Taste Buds Like Never Before

This island is for all those thrill seekers who like to have a sense of excitement in their lives. Known as the Island of Dolls, this place is sure to give you the jitters. Originally not a tourist attraction, the island has a sad story to tell – about a girl who had drowned and is said to possess the dolls in this island. The dolls can be intimidating, even in the daylight and many locals claim they have heard the dolls move their heads and whisper to each other. Scared? This place is definitely not for the faint-hearted.

Many of us may be WWE fans, but once you see Lucha Libre fights, you will change your allegiance. The Luchadores, as the wrestlers are called, wear colourful masks and losing them in the fight brings shame to the fighting stable. Since its inception 150 years ago, it has captured the imagination of the Mexicans and has successfully been integrated into a favourite time-pass. Witness these wrestling matches in Puebla amidst boisterous crowds and a pint of beer.

Suggested Read: 5 Amazing Airports In Mexico For A Comfortable Journey To The Beautiful Country!

This historic art museum is dedicated to Frida Kahlo, the legendary Mexican artist. Visit this amazing house-cum-museum, where she was born and grew up and learn about her life and works. A popular tourist attraction, it exhibits the best of Mexico’s folk art and is full of memorable paintings.

9. Zocalo: Be James Bond For A Day

The main square of Mexico City, this is the site where many of Mexico’s top dollar cultural events and festivals take place. The famous James Bond film – Spectre’s opening sequence was filmed here and has made it a famous tourist attraction in recent years. Filled with eateries and boutiques, it is a popular place to purchase souvenirs.

Called the “Lungs of Mexico”, this enormous park is the lifeline of Mexico City. It also houses major tourist attractions like the City Zoo, the Anthropology Museum, the National Auditorium, numerous fountains and huge playing areas for children. It is perfect for all those fitness freaks, thanks to its numerous well-laid walking paths all around the park. It also hosts an amusement park, the “La Feria Chapultepec Mágico” and also exhibits reptiles and dolphins. This 1700 acres park offers something for every age group and is surely a national heritage site.

Tips For Solo Trips To Mexico

Further Read: 10 Hand Picked Affordable Homestays In Mexico You Should Stay At

Mexico sounds pretty intimidating for first-timers, but with proper research and clear-cut itinerary, it can be a smooth sailing, allowing you to enjoy the sights and the experiences offered. Feliz Viaje! So, plan a trip to USA , and indulge in the fun!