3 Temples Near Arab Street In Singapore That Have Got Everyone Talking! 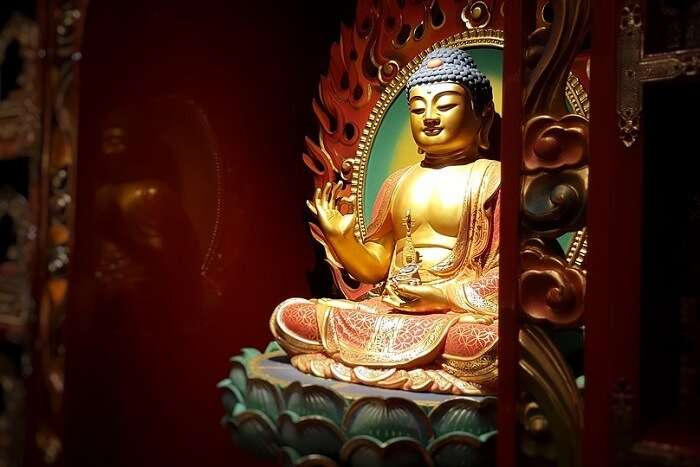 At times people approach the temples near Arab Street to solve the issues that they’re facing in their lives. The temples in Singapore are not simply any building or monument, but they have more holy faith of all humans. Be prepared to be mind blown by the beauty and resplendence of these architectural marvels when you visit Arab Street on your Singaporean getaway. The temples around Arab Street allow a person who has desires to lead a life in illusion to work upon themselves and by going to such places again and again repeating the mantras in a certain manner, chanting names they shall one day suddenly realize that the inner spirit is reciting with them or singing and dancing with them. Ancient builders of Hindu temples created manuals of architecture, called Vastu-Sastra. These contain Vastu-Vidya (literally, knowledge of dwelling). There exist many Vastu-Sastras on the art of building temples. Ancient India produced many Sanskrit manuals for Hindu temple design and construction, covering arrangement of spaces to every aspect of its completion. We promise you’re in for a treat on your trip to Arab Street. You will have the greatest time at this street and you will not be disappointed by anything that this region in Singapore offers.

The temples near this street have not been constructed just for worshiping, but also to shed light on the culture and details about the society as well. These temples are decorated with beautiful sculptures and each sculpture has a story around it. Apart from sculptures, temples also share knowledge about society that existed during its construction time. Some temples in this region have served as a venue to mark festivals, to celebrate arts through dance and music, to get married or commemorate marriages, commemorate the birth of a child, other significant life events, or mark the death of a loved one.

We have shortlisted 3 temples near Arab Street that let us understand how the society was during a time in history. Further, temples also acted as shelters for people during times of war. There was a rule that people who get inside temples should not be attacked. Temples also served as reason for people’s get-together. Temple festivals are times when people of the locality join hands to celebrate it happily. Make sure to stop by these temples at the time of major festivals in Singapore:

Image Source
A Hindu temple, it was built in the name of the presiding deity, Lord Shiva. It also reflects the Indian populace that has settled in Singapore and offers a glimpse into their style of architecture and religious beliefs. The temple has undergone reconstruction several times, one of which was due to the damage caused by the Second World War.

One of the popular Hindu temples in Singapore, Holy Tree Sri Balasubramaniar Temple is a famous landmark in the island country. It has been welcoming large chunk of devotees daily but receives huge rush during the annual Panguni Uthiram festival celebrated with pomp and show. Other Hindu festivals are also celebrated here. Several devotees are also seen carrying milk on the pots on their heads to be offered to their god.

Among the most important historical buildings in Singapore, the temple is guarded by lions and tigers, this place is the oldest Chinese temple with attractive entrance and colorful interiors. It has two different temples, each dedicated to various god/goddess. One of the most serene and peaceful tourist attraction. This temple is very important to the Hokkien clan. This place is dedicated to Mazu – Goddess of Sea and Kuan Yin – the Buddhist god of mercy. This architectural masterpiece is filled with astounding sculptures and intricate carvings. With vibrant colored tiles this place also has detailed carvings of peacocks and roses. This breathtaking temple was built in 1824 and attracts a fair share of tourists due to its splendid beauty.

These temples near Arab Street are popular among both locals and tourists alike. Plan your trip to Singapore with TravelTriangle to avail exciting deals and discounts. Make sure to stop by these architectural and religious marvels. It is a once-in-a lifetime opportunity that you definitely shouldn’t ignore. Have fun on your religious pilgrimage.