7 Engrossing Vancouver Facts That Will Fascinate You To The Core! 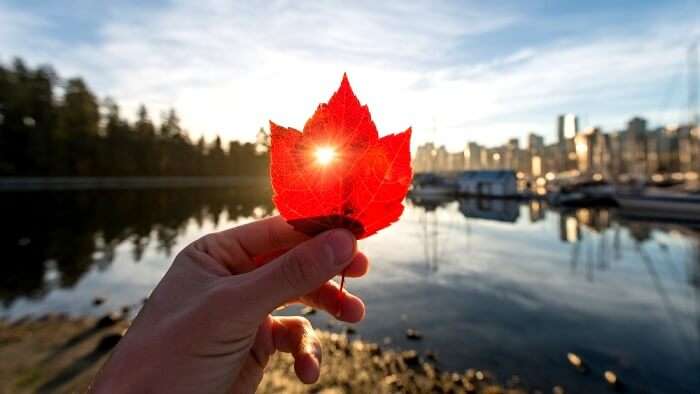 Situated in the Mainland Province of British Columbia, Vancouver is a breathtakingly beautiful city that attracts a lot of tourists all round the year. Due to it being a popular destination among travelers, you will get a chance to meet a lot of people who are of a different nationality. Sounds interesting? After all, life is all about traveling to new places and meeting new people. If you feel the same way then you should head out for a vacay in this seaport city soon. And if you are all up for a fun-packed vacation then before leaving you ought to check out this list of Vancouver facts! Brimming with zeal and zest, the city of Vancouver will utterly surprise you and at the same time will make you fall in love with it!

Why is Vancouver is one of the most frequented destinations in the world? Get acquainted with the most interesting facts about Vancouver in this list. Keep scrolling down and read along!

On 13 June 1886, Vancouver was destroyed by the Great Vancouver fire. The fire was mainly started by the locals to clear the land between Main streets and Cambie street which blew out of proportion and the whole city faced its consequences. Many people lost their lives and even the famous buildings didn’t survive. Within a few days, the construction of new buildings started and the whole city came alive in no time.

Must Read: 4 Best National Parks In Vancouver For Witnessing The Nature At Its Best

Suggested Read: These 7 Cafes In Vancouver Which Are Too Extraordinary To Miss!

Suggested Read: Haunted Places In Vancouver That Will Scare You Out Of Your Wits But You Can’t Miss

Vancouver is Canada’s popular seaport city and there are ample of cruises that you can head on from the city. You can take the Alaska cruise from Vancouver which will take you on a ride through British Columbia. Get ready to have an encounter with a marvelous view of the glaciers and to reach Alaska in an altogether different way!

Suggested Read: Vancouver In December- Your Handbook To Get The Best Of This Beautiful Destination

Whether it’s being one of the most livable cities or abode to the Eye of the Wind, Vancouver has made Canada proud in many ways. Another one of the fun facts about Vancouver is that it is home to the longest swimming pool in Canada. Kitsilano Pool is an outdoor pool and you will find a lot of locals and tourists relaxing and enjoying there mornings and evenings at. The Kitsilano Pool heated saltwater pool which also has amazing cafes located near it where you can grab a meal after lazing around in the poo!

Suggested Read: Exciting Day Trips From Vancouver That Will Make Your Vacation A Memorable Affair

6. Home To The Oldest Apple Tree

One of the best one on the list of Vancouver facts and information is the existence of the oldest apple tree in the Northwest. In 1826 an apple tree was planted at Fort Vancouver and this tree is considered as the oldest apple bearing tree in the North West Region. Another noteworthy thing is that this tree is popular as the Great Grandfather of the Washington State’s apple industry.

7. Hollywood Of The North

From spectacular locations where one can shoot a romantic movie to the weather which adds to the charm of the scenes recorded, Vancouver is the most beautiful destination. There were many blockbusters movie and tv series which were shot in Vancouver and all of them were quite successful. Every year the number of movies and series shot in Vancouver is increasing and so it is called the Hollywood of the North. Isn’t it one of the most amusing facts about Vancouver? Its time for you to click pictures at the famous spots which exist in the movies!

Further Read: 10 Tempting Spots For Trekking In Vancouver That Will Take Your Heart Away!

Is it the oldest apple or the Eye Of The Wind which enticed you? We bet all these Vancouver facts will make you plan your trip soon. From outstanding museums to adorable cafes, there is a lot that you can explore in the seaport city of Canada. This metropolitan city is also called the Dine city and is famous for its fresh seafood. Your Vancouver vacation is going to be all about scrumptious food, delicious apples, terrific tourist attractions and picturesque view where you can click a lot of instaworthy clicks! All you need to do now is to leave for your much-awaited holiday!

What are some facts about Vancouver?

Some of the well known Vancouver facts are that the city was destroyed by the great Vancouver fire and it managed to rise up again. It is also the world’s third liveable city and is home to the longest swimming pool in the world.

What was Vancouver called before?

The present name of this city is Vancouver, but in ancient times, it was called Granville. It was renamed to Vancouver in the 1870s.

What is Vancouver famous for?

One of the most famous things about Vancouver is its physical beauty and natural climate. This city is surrounded by many snowy mountains and blue seas. Boat tour in Vancouver is also famous to get a better look at this place. Beyond these things, the Vancouver city is also very much famous for its local foods.

How did Vancouver city get its name?

Vancouver is a famous city in Canada, which gets its name from George Vancouver. He was the person who explored the inner harbor of Burrard Inlet in 1792 and named various places of British Columbia. The family name “Vancouver” itself originated from the Dutch “Van Coevorden” denoting someone from Coverdon city, Netherlands.

What is the coldest month in Vancouver?

Does it snow in Vancouver?

Yes, in Vancouver city, there is a fixed time of snowfall. In January, this city does experience snowfall. The reason for snowfall in this city is its temperature. For about nine days in a year, this city has at least a centimeter of snow on the ground.

Is Vancouver a fun city?

Generally, the city is surrounded by many beautiful greeneries. The city looks quite attractive in the daytime, but the nightlife of this city is too lame, its music venues and liquor laws are archaic and arbitrary. Once, Vancouver city had hosted the 2010 Winter Olympics and the people gave its name as “No Fun City.”

Christmas In Vancouver: 10 Things To Do When The City Is All Dipped In Christmas Vibes

10 Best Places To Visit In Vancouver That Are Filled With Love, And Life!

Vancouver In Winter: Know What’s In Store For You In This Canadian City

Shopping In Vancouver: 8 Spots For Shopaholics Staying In Canada