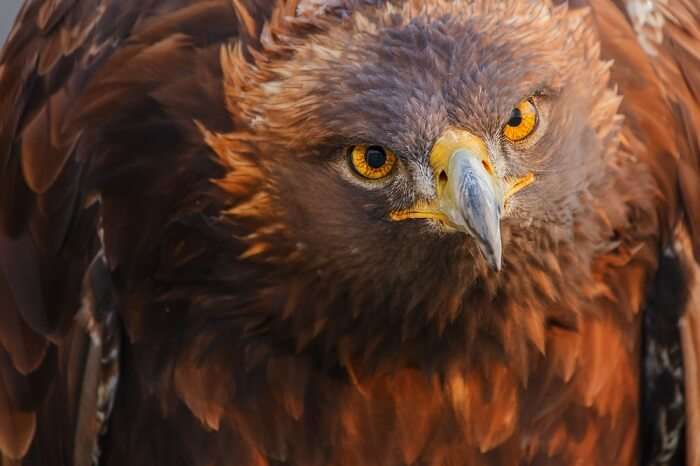 For many tourists, France is the city of love, wine and cheese, and home to the famous Eiffel tower. Many people love France for the many beautiful cities, with their charming little streets and houses, and the lovely culture and warmth of the people. However, France also has a very diverse wildlife, in the many nature reserves, forests and wildlife parks that are located in this picturesque country. From the magnificent French Alps to the Camargue, let’s take a look at various types of wildlife in France. And, if you’re planning a trip to France, make sure you don’t miss out on spotting these amazing wild creatures in their natural habitat, surely a unique experience on any France tour!

So, which one of these fierce species of birds and animals would you like to spot when you visit the many nature reserves, national parks, and wildlife sanctuaries on your thrilling France holiday? 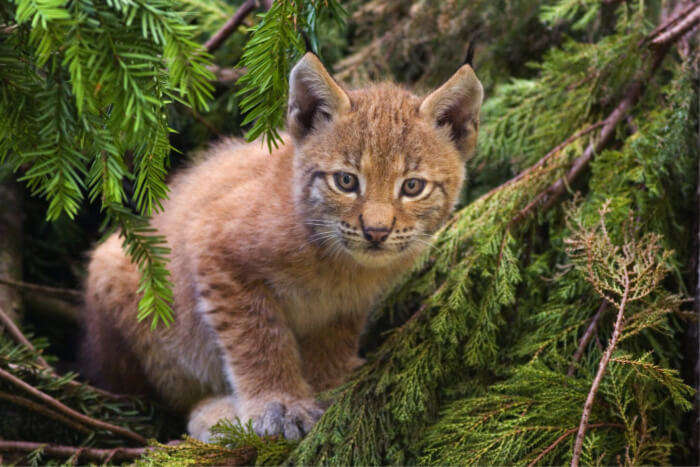 The lynx is a wild cat species in the wildlife of France, that is extremely difficult to spot, and you can count yourself extremely lucky if you ever get a chance to see these rare wild cats in France. Lynx’s were one of the many species that were hunted in the early 1900’s and therefore there are not many of them in number now. The Lynx cats live predominantly in the shrub areas of the forests in hilly regions and prefer to live very quiet and isolated lives, only coming out of hiding to hunt for prey. Though it is difficult to spot them, you may actually get a chance to spot their paw prints, which are sometimes even bigger than that of a man. 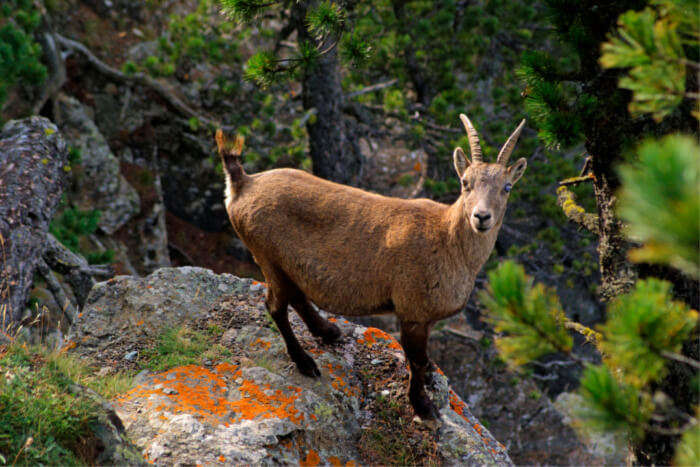 An animal that is not as rare as the Lynx and an animal that you actually have a good chance of spotting is the Chamois, a goat-antelope species that mostly live in rugged hilly regions and can be found at altitudes higher than 3,600 meters. As these animals are usually preyed to carnivore species, like the Lynx, golden eagles, or sometimes even hunting humans, they can run at a fast speed of up to 50 kilometers an hour and can jump pretty high as well, reaching a height of 2 meters vertically and 6 km horizontally. Like goats, the diet of these animals is mainly comprised of grass, and in the summer months, herbs and shrubs are added to their food list. 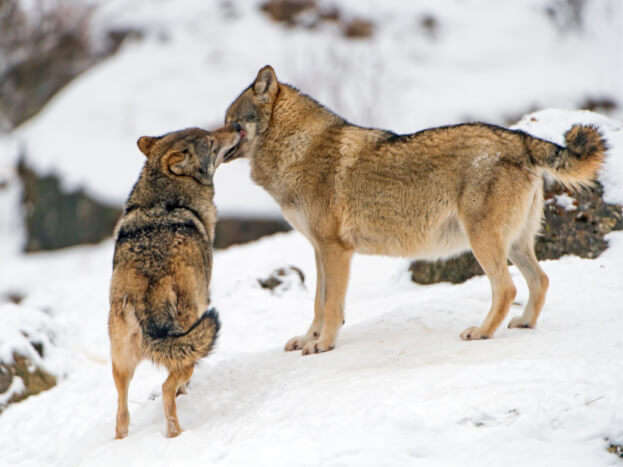 Wolves are another species of animals that were mostly hunted out in the early 1900’s. Later on, they made their way back to being a part of the wildlife of France from the Italian Alps, and are now mostly found in the French Alps, due to the fact that there is plenty of prey available and that they can live in peaceful coexistence with the other wildlife animals in the region. Mostly found in packs of 6-12, wolves mark their territories using urine and are usually not too tough to spot if you travel with a guide who knows the surrounding well. Being a carnivorous animal, the wolves diet comprises of herbivorous animals such as the chamois, hares, beavers, deer, and sometimes bison. 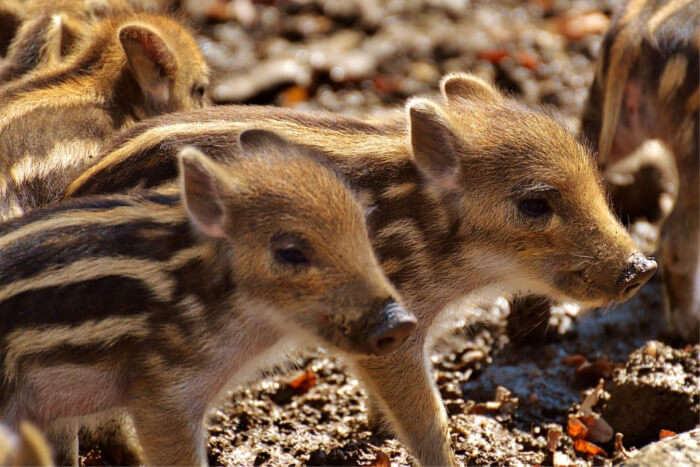 The wild boar is an adorable species of pig, that also commonly resides in the French Alps, but at lower altitudes, around 2000 meters above ground level. People fear these wild boars living in residential areas, as they are extremely smart and perceptive, and sometimes eat or tramp all over the crops. Since these animals are found in abundance in the forests of France, you will most likely be able to spot at least a couple of them on your visit to France. Wild boars, like pigs, are extremely loving and social animals, they live in large groups, except males who prefer isolated lives and only interact during the mating season. Wild boars are omnivorous animals and they eat bushes, shrubs, lizards, small worms, and other easily available flora and fauna. 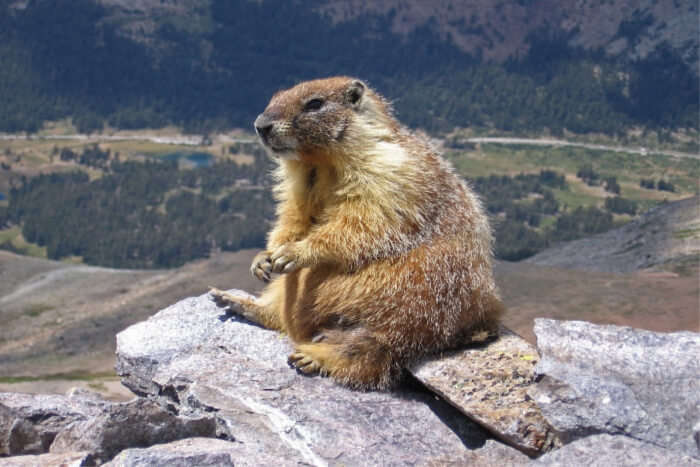 You will absolutely fall in love with these adorable large squirrels, which can be spotted in many wildlife sanctuaries in France. They mostly live and burrows, and seldom come out, except for twice a day when they need to feed. They are highly social animals, and they interact with each other by making a whistle like sounds. When the weather becomes too cold, they fill their bodies with a lot of food and creating layers of fat that will get them through their hibernation mode in the winter period. Due to their small size, they spend most of their time in hiding, as to not fall prey to the bigger animals. The diet of marmots comprises berries, mosses, roots, flowers and greens. 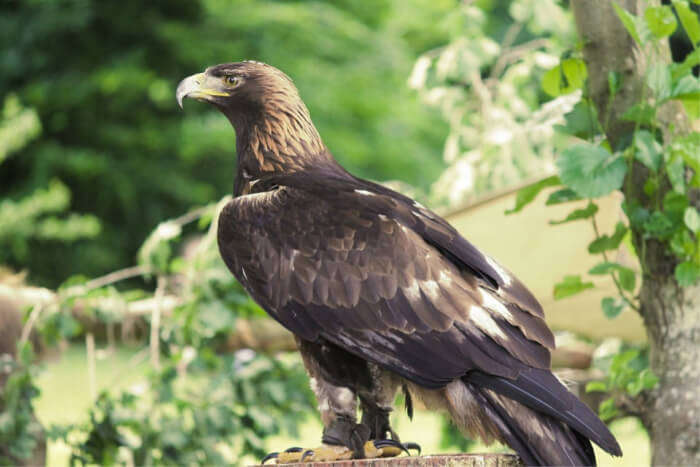 These vicious birds are some of the most dangerous animals in France. Their extremely fast speed, their sharp claws, and powerful feet make it very easy for them to snatch prey off the ground such as rabbits, hares, squirrels and marmots as well. With the ability to travel around 250 kilometers an hour this makes the Golden Eagles one of the fastest moving animals on Earth and makes them a real danger to their prey. A fun fact about the Golden Eagles is that they date for life, and just like humans, these bonds are made through a courtship ritual. The courtship ritual involves the male and female Eagles picking up and dropping small stones and twigs from a height and picking them up mid-air, to impress the other. 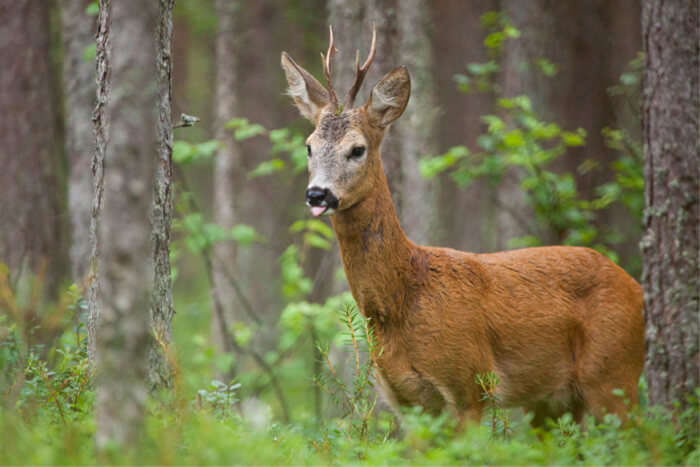 One of the most commonly sighted animals of the France wildlife is the Roe Deer. The Roe Deer is a very harmless animal and is usually found minding its own business, feeding on grass and other herbs. They’re not very social animals and are usually found on their own, except if they have found a mate. Among the Roe Deer, it is usually the female deer who goes and initiates contact with the male, and once the female deer has set her eyes on the male buck, it is common for the female deer to lure the male deer back into their home territory. A staple diet of the Roe Deer consists of fruits, grass and other herbs and berries found in the woods. 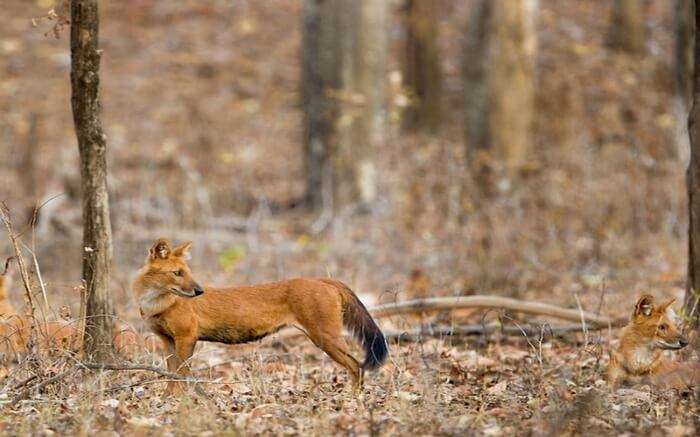 There are many foxes in France, but it is rare to actually spot one in the woods as they are very isolated animals are extremely good at hiding. They live in the forests, and also can be found in almost any wildlife park in France. They are quite agile and can travel up to 70 kilometers an hour, and unlike wolves or wild cats, they prefer to hunt for their prey alone. Foxes have a life expectancy of two years, and a majority of their diet includes poultry, small animals like birds and rodents, eggs, and even insects. In the recent years, due to the fact that foxes invade the homes of the local people and snatch away their chickens and other poultry birds, it is not uncommon for foxes to be hunted down and killed by the local people.

Suggested Read: France In December 2021: A Guide To Explore The Country Of Romance Amidst The Beautiful Snow 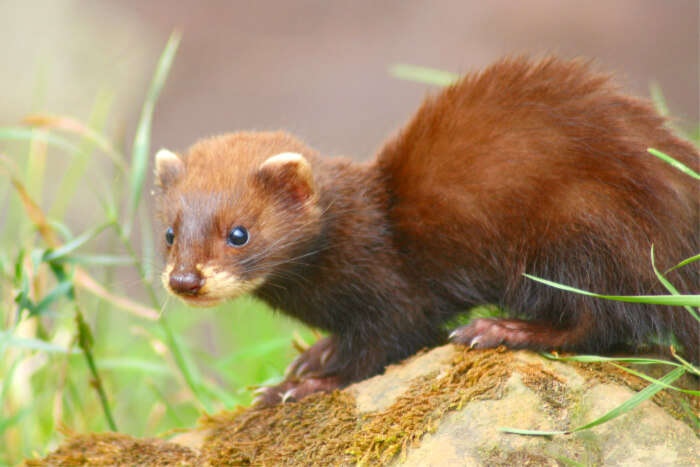 The European Mink, not to be confused for the very similar looking American Mink, is one of the most endangered animals in France. It is not easy to spot a mink during the day as they are nocturnal animals and only come out at night for food. They are not social animals and do not live in groups, and perhaps the only time two European Minks will come together is when they mate. A female mink will give birth to around 2 to 5 offsprings, and care for them for about a year after their birth. The life expectancy of the European mink is around 6 years and their diet consists of birds, fish, insects, frogs and other small mammals. 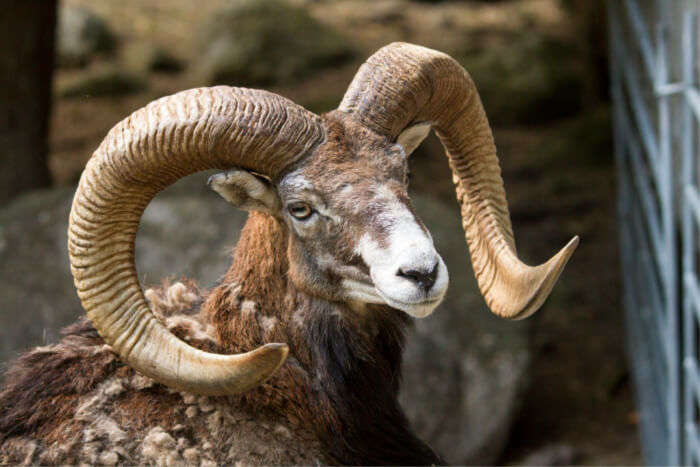 The Mouflon is another endangered animal species in France. They are a sheep species and are mostly found living in the woods. A beautiful brown coat and rimmed horns make this glorious beast easy to identify even to the naked eye. Because of their look, they are often victims of hunting and are slowly becoming extinct. Because of this, the Mouflon constantly need to be on the move and cannot live in the same place for a very long time. Like any other sheep, the Mouflon also grows yearly rings on their horns to help determine their age. The diet of the sheep mostly consists of herbs, grass and shrubs.

These, and many more other animals that form the wildlife of France await you on your visit, and because of the fact that some of them are endangered, you may not get a chance to see them in the near future. To make sure to see all these animals while they are still a part of the wildlife, take a trip to France right away!

What are the different kinds of animals that are visible in France?

You will be able to find different kinds of wildlife in France that are quite uncommon including Lynx, Chamois, Wolves, Wild Boar, Marmots, Golden Eagles, Roe Deer, Fox, European Mink and many more.

You will get to view much larger cats is size than other cats found across the globe. Also, the cats found in France have a thick, long, stripped tan that is quite beautiful aesthetically. Apart from the features mentioned above, the cats are quite heavy as well.

Can one get to see bears in France?

The chances of seeing a bear in France is quite less because there is a total of 43 bears in the Pyrenees. The Pyrenees is located at the border of France and Spain. Bears are facing extinction in France.

Does France has poisonous scorpions?

France does have scorpions and they do have venom in them but they are not as poisonous as that of the ones in Africa. Though the venom present in the scorpions that are found in France contain venom that can affect one’s nervous system.

Can one witness wolves in France?

The possibility of viewing wolves in the heart of Paris might be slim, but France is recorded to have more than 500 wolves living in the wild of the country. So, you might get to see wolves in the forests of France.

Does France have snakes?

France does have snakes. Moreover, France has more than twelve different categories of snakes. Though, most of them are not venomous.

Though historically black widow spider has been an identity of France these spiders are mainly found in the Southern part of France especially in Corsica.

Where can one find Lynx in France?

Lynx are found in the Pyrenees and Vosges areas of France. These animals eat hares or deers for their survival. 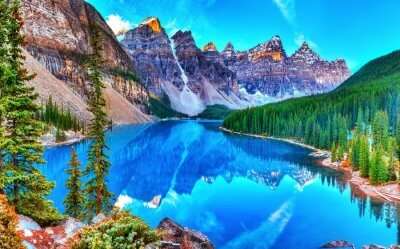 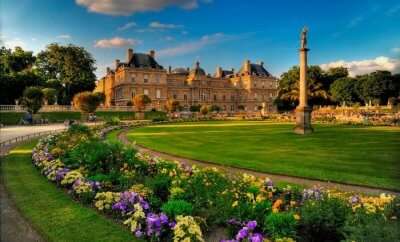