World’s Largest Vertical Farm In Dubai Will Ensure That You Eat Healthy While Traveling! 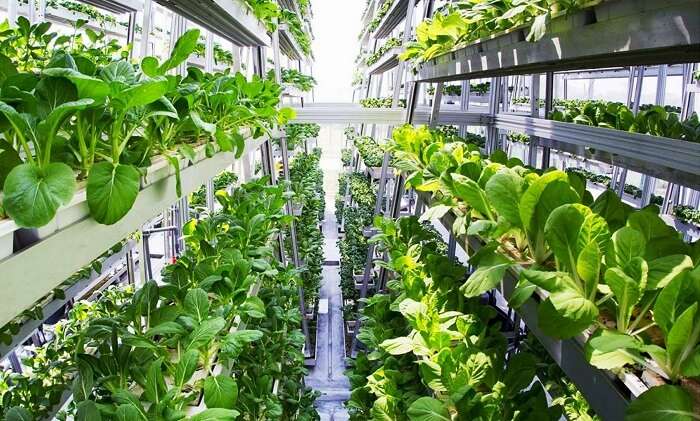 Technology has been ruling the world, and it does not come as a surprise at all that it is soon going to take over farming as well. In an initiative to promote farming despite the scarcity of water, the agri-tech firm of Crop One Holdings from Massachusetts along with Emirates Flight Catering will be constructing world’s largest vertical farm in Dubai as a part of their joint venture.

Are you asking how is this going to benefit the travelers? Although you’re right in asking that question, this initiative will not only encourage farming but will also ensure healthy eating while traveling.

While Crop One Holdings will be working on this $40 million facility at a 130,000 square ft. piece of land, Emirates Flight Catering will be supplying an estimate of 225,000 meals on a daily basis from Dubai International Airport.

The CEO of Emirates Flight Catering – Mr. Saeed Mohammed says, “the move secure(s) our own supply chain of high quality and locally-sourced fresh vegetables, while significantly reducing our environmental footprint.”

Other Facts About Vertical Farm In Dubai

Although the construction is set to begin from November, this high on tech and low on water agricultural technique at world’s largest vertical farm in Dubai will use less amount of water when compared to outer fields by a margin of 99% which is huge.

Image Courtesy: Save The Earth

On completion, this vertical farm in Dubai is expected to produce 6,000 pounds of green leafy vegetables on a daily basis. You read that right. And this is exactly the produce that you will be served at the airport lounges as well as within the flights by the end of 2019.

Excited much? While one never runs out of reasons to plan a trip to Dubai, the vertical farm sure is a charmer that one should not miss. What do you think about it? Voice out your opinion in the comments below!