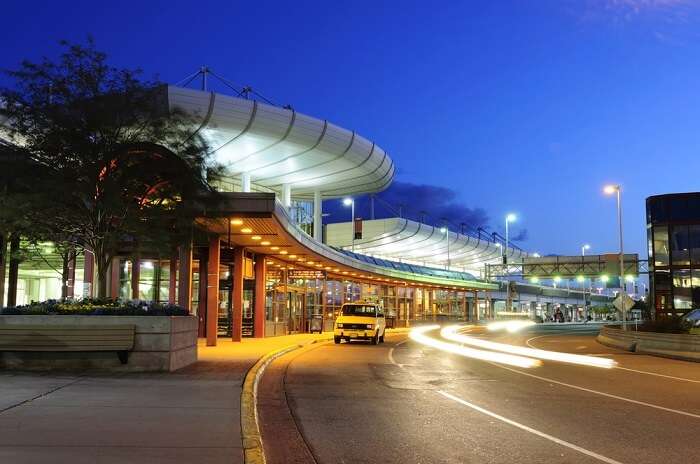 Alaska is the largest state of the USA, and despite being away from the other states of the country, it receives quite a few tourists every year. As far as the general population goes, this state is probably among the least populated of the country. For the reason that the state comes with diverse terrain constituting mountains, open spaces, smaller towns and forests in its midst. But, if you are an outdoor activity enthusiast, then you will find this place as your haven with options to go kayaking, mountain biking, and skiing on the cards.

And as far as there’s a concern of reaching here, worry not because there are many airports in Alaska serving both international and domestic destinations. And below you can have a look at those top airport names in Alaska that will make you feel at home instantly.

These 10 airports in Alaska will help you make your way to each and every corner of the state with utmost ease. Take a look at them and plan your holiday accordingly. Despite being the smallest city in the country, Fairbanks offers non-stop air service to Europe and other parts of the world. With a new terminal constructed recently in 2009, the Fairbanks international airport is owned by the state and is located near the Fairbanks district. The new terminal has been improved to provide better security and appealing architecture. Airlines like Alaska airlines, Air North, Condor, United Airlines, Wright Air service, etc. serve this airport.

Must Read: Denali National Park: An Absolute Guide To The Crown Jewel Of Alaska 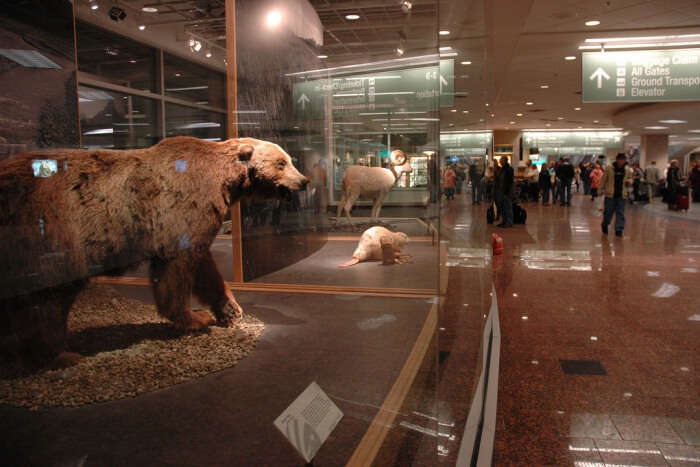 With Anchorage being the largest city in Alaska, the airport receives the maximum number of people every day. The Anchorage Alaska airport has many airlines under its service, including Air Canada, Alaska Airlines, Condor, United Airlines, Delta Airlines, etc. The airport has the most passenger traffic among others, and it is higher between October and April. It serves quite a few airlines from the US, and flights are plying to multiple destinations across the world including Germany, Russia, and Iceland. 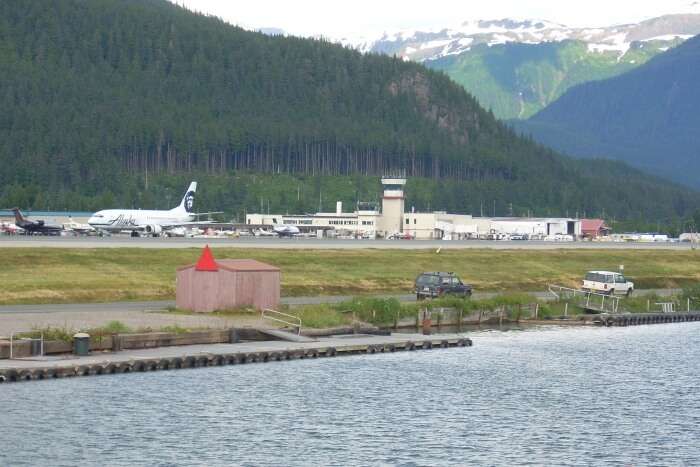 Juneau is a city in Alaska, which can be accessed only through the air, and the Juneau international airport sees quite heavy traffic next to Anchorage. The airport also features a seaplane base and is also a very small airport when compared to the amount of traffic it receives. The airport also serves smaller communities in the region and also features a docking area for float planes along with a heliport. Alaska Seaplanes, Harris Air, Ward Air are some of the airlines serving this airport.

Suggested Read: 10 Extraordinary Things To Do In Alaska That Will Make You Crave For An Adventure 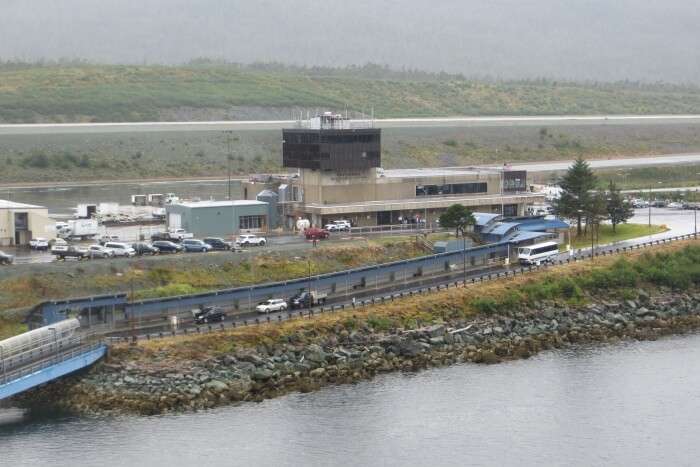 Ketchikan is a district that is not accessible by road, and so is this airport, which is located on the Gravina island. The passengers will have to take a ferry ride from the main city to access the Ketchikan International airport. Some ferries run at regular intervals from the main city to the airport and vice versa. Delta Airlines, Alaska Airlines, Island air express, are some of the airlines that serve this airport. 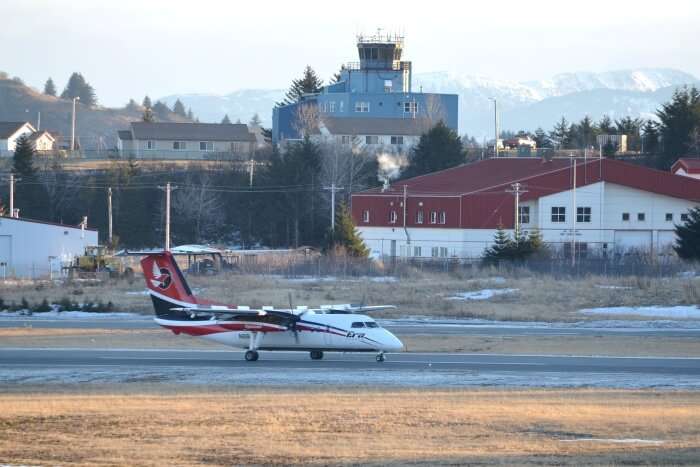 Located in the island of Kodiak, this is both a public use airport and a military use airport. There are three runways in this airport and Ravn Alaska, Alaska airlines, Servant Air are some of the airlines are the services that serve the airport. The coast guard air station is located along with the airport authority for this airport, and it is owned and run by the state of Alaska. This is considered among the primary airports in Alaska and is also a hub for the Servant Air.

Suggested Read: 8 Best Resorts In Alaska To Unwind At Your Own Pace Amidst Nature In 2022! As you can infer from the name, this airport is located 3 nautical miles from the central district of Bethel in Alaska, and it records more than 10000 enplanements every year gaining it the status of a primary commercial service airport. While this is a public use transport, it is also used sometimes for military purposes, and it serves three runways. Grant Aviation, Alaska airlines, Yute Air, Ravn Alaska, are some of the airlines that serve this airport. There are both passenger carriers, and cargo airlines run from this airport. 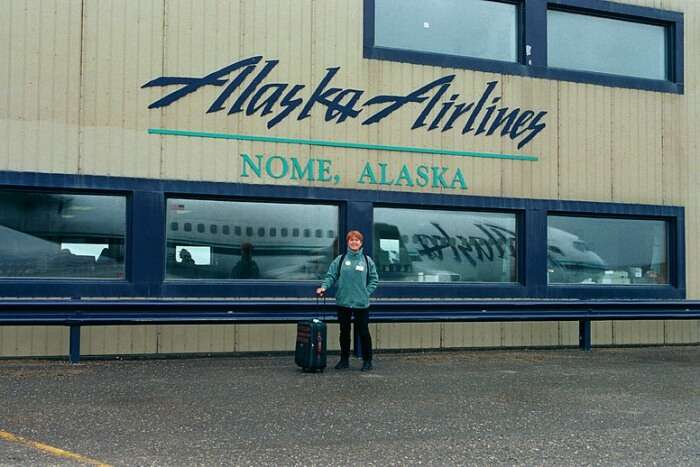 Situated close to the district of Nome in Alaska (about 4km from the central business district), this is another public use airport owned by the state of Alaska. The airport has played a very important role during World War II, serving under the name of Marks Airforce Base. There are two asphalt runways served by Alaska Airlines, Bering Air, Arctic transportation services, Ravn Alaska and Evergreen Helicopters.

Suggested Read: 10 Best Alaska Hotels For A Sojourn Amid Nature 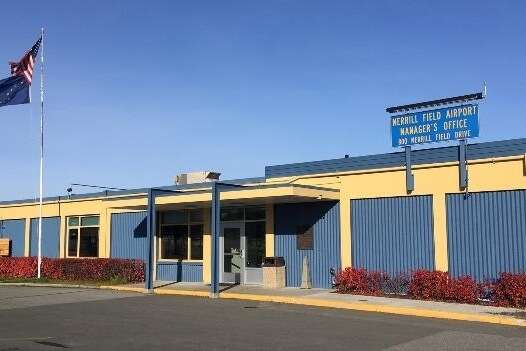 This is yet another airport located near the downtown Anchorage in Alaska, (about a mile) and is a public use airport owned by Anchorage municipality. It serves wheel equipped private aircraft in summer and ski-equipped ones during winter. Since part of the airport is built over the Merrill field landfill, the airport gets its name. The name also serves the honour of the aviation pioneer Russel Merrill from Alaska. 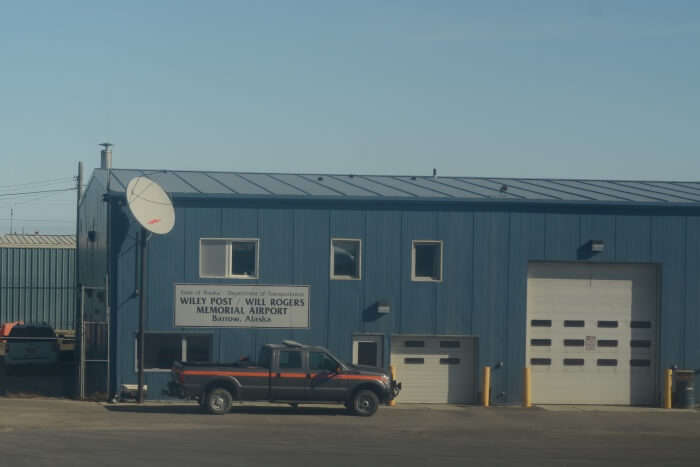 This is a public use airport, and is also referred to as Post/Rogers memorial airport and is located in the largest North Slope borough city, Utqiagvik. Located over the Chukchi Sea, it is named after the aviator Wiley Post and humorist Will Rogers who died in a plane crash. There is only one runway, and Alaskan airlines and Ravn Alaska serve the airport. 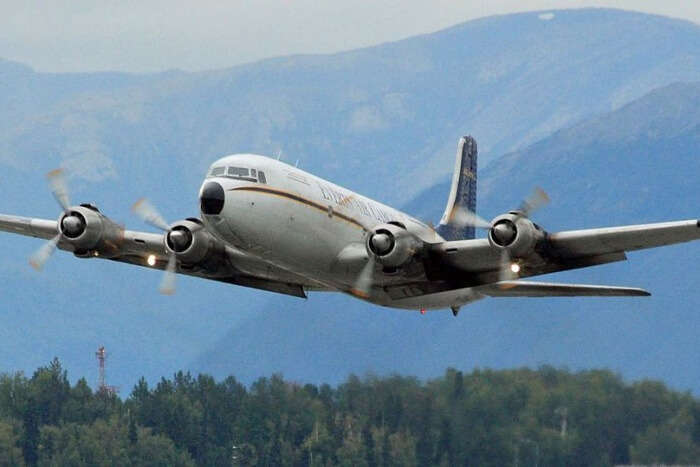 Located in Kotzebue, this is a state-owned public use airport and has two runways. It is currently served by Alaska Airlines, Bering air, and Ravn Alaska. Named after the founder of Wien Air Alaska, the very first airline of the state, Ralph Wien airport caters to domestic destinations in the state.

This list of 10 airports in Alaska are not the only ones to service airlines in the state though. If you take a look at the Alaska airports map, you will find many small airports catering to the public in reaching domestic destinations within the state.

With a lot of natural beauty and wildlife to explore, you will never have enough of Alaska on any day. So, don’t think much and plan your USA trip with TravelTriangle well and enjoy your stay in Alaska!

Which is the busiest airport in Alaska?

The busiest and most popular airport in Alaska is Ted Stevens Anchorage International Airport.

Which airlines fly to Alaska?

The most famous airlines flying to Alaska are Korean Air, American Airlines, and Alaska Airlines.

Is there any direct flight from India to Alaska?

There is no direct flight from India to Alaska however, one can get layover flights from Delhi and Mumbai. The airlines operational between India and Alaska are Delta Airlines, Alaska Airlines, Air France, and Emirates.

How many international airports are there in Alaska?

There are around 30 international airports in Alaska that provide cargo and passenger services.

Which is the best time to explore Alaska?

The best time to explore Alaska is in the summer season which starts from mid of May till the end of September. The peak season to visit Alaska is from the end of June till mid of August. During these months the airfares really soar high.

Which are the cheapest cities to fly in Alaska?

The cheapest cities to fly in Alaska are Juneau, Ketchikan, Fairbanks, and Anchorage.