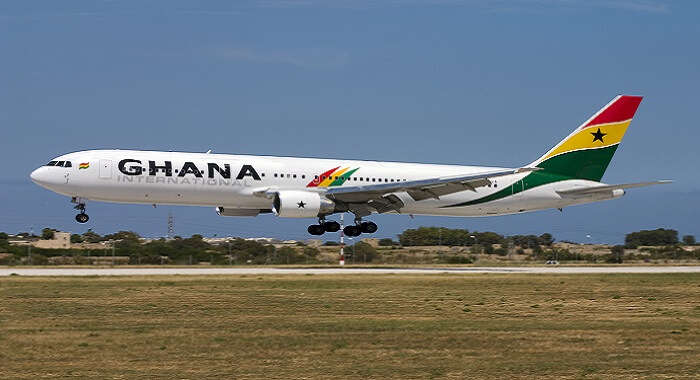 Ghana is known to be a destination which is a delight for nature lovers. The sunny equatorial climate in addition to the fertile soils turns this location as a home to a wide range of wildlife, starting from monkeys to elephants and also to many marine life creatures. Tourists visit this destination in large number to explore the beauty of the colorful birds and numerous species of butterfly here in Ghana. The Airports in Ghana experiences a huge rush of tourists annually every year. Apart from the International Airports in Ghana, the domestic airports in Ghana also witness a huge rush of domestic travelers. The Airports play a very responsible role in managing the population of travelers all the year round both for tourists and business class travelers. 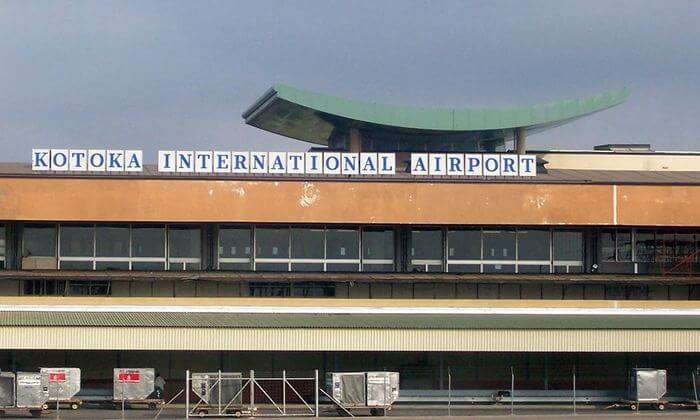 Image Source
Located in the capital city of Ghana, Accra, the Kotoka International Airport is a fully functional international airport that is the best airport in Ghana. It is a huge airport that can accommodate the large airplanes like Airbus A380. Operated by GACL or Ghana Airports Company Limited the airport has its office in the building of the airport itself. The establishment of GACL took place as the Ghana Civil Aviation Authority (GCAA) blended hands in hand with the latest trends in the aviation industry. Being a base for the Africa World Airlines, this is the only international airport which is located in Ghana. 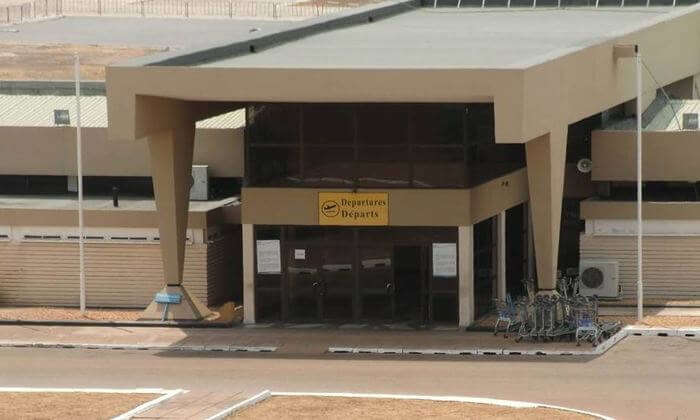 Tamle airport is located in the north of Ghana and it has a historic importance from the World War 2. During World War 2, Tamale airport has served as the important base for operations for the army. It is a fully functional airport which was revamped in 2008 and since then it has been serving as an International airport in Tamale city of Ghana. Tamale being the capital city of the north part of Ghana is a tourist spot well known for its rich culture and traditional mosques. People also visit here to buy the authentic handicrafts. According to the Civil Aviation Organization of Ghana, the code for Sunyani Airport is TML. This airport holds a prominent place in the list of international airports in Ghana. 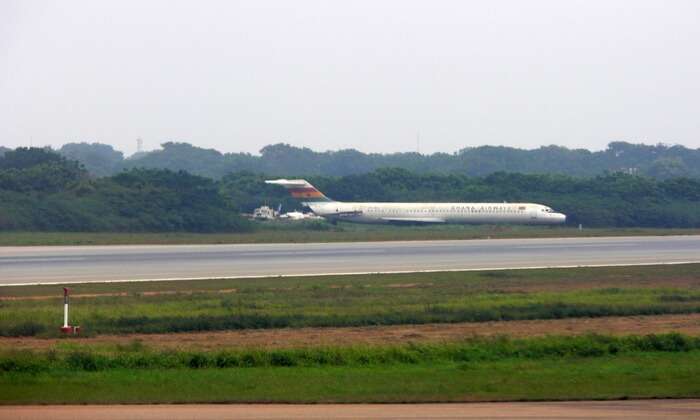 Located in Sekondi-Takoradi, which is the capital city of Western Region southern Ghana this airport has a rich history just like the Tamale Airport, which hails from the World War 2. Throughout World War 2, this place was the major link between Sudan and Lagos, Nigeria through the Atlantic Ocean. This was the place from where the arm and other supplies were sent to countries like Russia, Egypt, and the Middle East. However, the air route of the place was started by Imperial Airways in 1936, but it got a major expansion during the World War 2. At present, Takoradi Airport is one of the best airports in Ghana and Takoradi being a major hub for the commercial and industrial sector, the airport is fully functional and there are frequent flights from here. It is also a tourist destination because of the marvelous beaches, rich culture, and food plus traditional villages.

Suggested Read: New Year In South Africa: 13 Things To Do To Welcome It With Some Sass 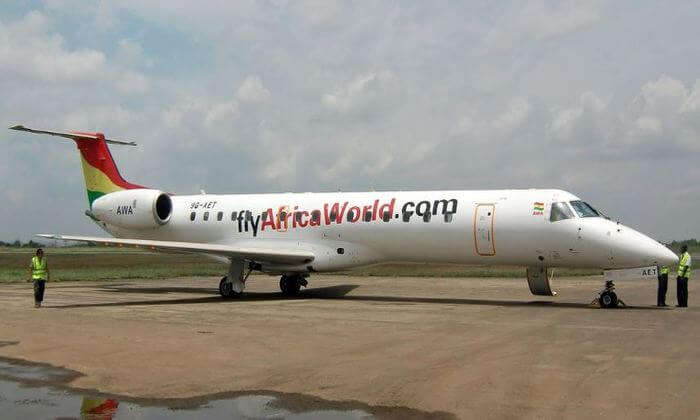 The Sunyani Airport is located in the capital of Brong Ahafo, Sunyani, which is in the mid-western part of Ghana. The airport serves Sunyani town and it was built as a communication outpost and aerodrome in 1942, by Allied Forces for its own use but before the war could end this airstrip was abandoned. Later in 1969, the government of Busia decided to construct a fully functional airport at this particular place and as a result of which the Sunyani airport was made. It took some years for the construction and on 13 July 1974, Sunyani airport was inaugurated by the Commissioner for Communications and Transportation, Col. P.K. Agyekum. Since the airport has a gully at one end and the airport has a hill, the runway could not be extended. The length of the Sunyani airport is 1288 meters and because of this, the airport is not apt for the sized jets. According to the Civil Aviation Organization of Ghana, the code for Sunyani Airport is GACL. 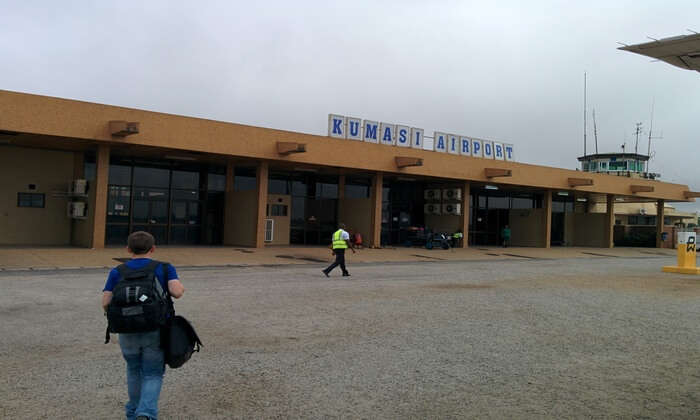 Kumasi International Airport is located in Ashanti Region of Ghana which is 6 KM from Kumasi and it is one of the best airports with great frequency of flights. Initially, the airport was a military base but in 1999 it was converted into an airport. The airport was revamped in 2015 and under the makeover of the airport many new and innovative additions were implemented. Building double stories and high-tech terminal, food courts, shopping complex and parking were suggested in the project. Currently, there are further modifications and betterment projects of the airport are going on. These modifications include up gradation of the present runway, instrument landing systems are being installed and working. Kumasi is also known as “The Garden City” this is because the place is a home to many stunning gardens having rare and beautiful flowers and plants species. People visit Kumasi to enjoy their holidays and relish upon the gorgeous authentic cuisine.

The hospitality of the local people as well as the airport staff is worth mentioning which makes your holiday in africa even better. You can feel it even when the airport staffs welcome you on arrival in any of the domestic or international airports in Ghana. Plan your vacation this year at Ghana and enter it in the pages of your travel diary.

Which flights operate between Delhi and Ghana?

What are the major airports in Ghana?

There are only 5 airports in Ghana which are given below: 1. Kotoko Airport (ACC) 2. Sunyani Airport (NYI) 3. Kumasi Airport (KMS) 4. Tamale Airport (TML) 5. Takoradi Airport (TKD)

The aerial distance between Delhi and Ghana is approximately 8668 kms and it takes around 13 hours 55 minutes to reach Ghana from Delhi airport. The time can vary depending on the duration of the stopovers between the flights.

Which facilities are provided at the Kotoka Airport?

Some of the major facilities provided to the passengers at the Kotoka Airport are: 1. Airport Clinic 2. Lost and Found office at the arrivals 3. Duty-free outlets 4. ATMs 5. Currency exchange offices 6. Restaurants 7. Wifi in the departures area 8. Post office 9. Car parking

Which is the busiest airport in Ghana and how far it is from the city centre?

The largest and busiest airport in Ghana is Kotoka International Airport and it is located at a distance of 8 km from Accra city centre and can be easily reached by hiring a taxi.

When is a good time to book a flight to Ghana?

It is always advisable to book the tickets at least 3 to 4 months prior to the departure date to get good deals. You can book tickets to Ghana from April to July when you will get comparatively cheaper flight rates and the weather is also pretty good.