4 Major Airports In New York Which Will Let You Fly Out In Comfort! 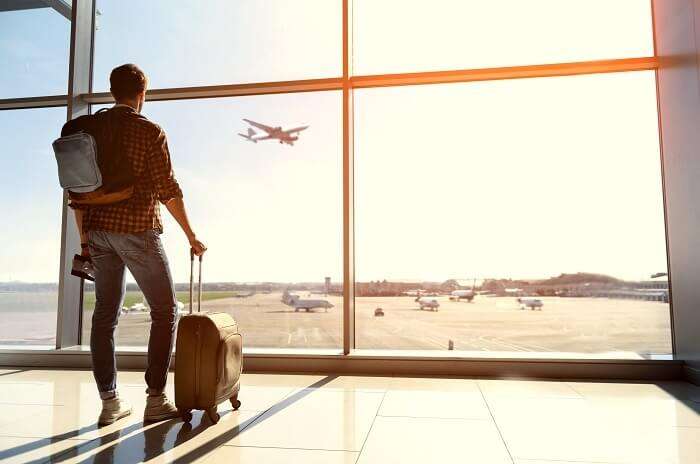 New York is one of the most important cities in the United States. It is also one of the most populated cities in the country and the world. Millions of travelers and tourists frequent the city from across the globe. Also, people travel from New York to other parts of the world for work, business as well as for general leisure travel. There are many major airports in New York serving various international and domestic destinations. Innumerable travelers pass through the airports on a daily basis. Reports have come up with statistics that all the major New York City airports handle a total of almost 112 million passengers every year. The figures are enough to prove the volume of traffic that the New York airports handle annually.

If you’re planning out from New York anytime soon, then make sure to know about these 4 major airports in New York and make your journey less cumbersome.

Also known as the EWR airport in New York, the airport is highly suitable for people who live on the west side of Manhattan. The airport is located in the beautiful Chemical Coast of New Jersey. People prefer flying from the Newark Liberty International Airport if they are resident of Manhattan or if someone prefers seeing the views of the Statue of Liberty and the Jersey Interstate. People taking a ‘Sopranos’ tour might also like to avail this airport. Being located in New Jersey is the best as well as the worst thing about the airport.

Suggested Read: Head To New York In December For An Amazing Wintry Stay In The States

This is probably the most well-known and popular New York international airport. It is located in Southern Queens. Majority of people who choose John F Kennedy International Airport have their final destination in Brooklyn Heights, Park Slope, Fort Greene or in any other neighborhoods, which are there in the borough. If you intend to visit someone in Manhattan and arrive at the JFK Airport, you will lose a lot of time in traveling. One of the greatest attractions of this grand international airport is that it houses Uptown Brasserie, the owner of which is Marcus Samuelsson, the well-known celebrity chef. You might need to stand in these lines for long hours after the travel time for going through customs clearance. The distance between JFK international Airport and Times Square is approximately 15.7 miles. It takes about an hour for covering the distance and the cost of UberX will be around $60. Air Trans is also a great means for connecting to the airport from various cities of USA.

Among the important airports in New York, LaGuardia Airport needs special mention. The airport is located in Northern Queens. This airport is a preferred choice with people when they aim to visit Astoria, Long Island City, East Side of Manhattan and Williamsburg. It might happen that you are left with no other option and you have to enter New York at any cost – this airport can become your savior at any time. The only problem with this airport is that it faces lots of flight delays and cancellations. However, La Guardia Airport is at a distance of about 11 miles from Times Square. It takes about half an hour for reaching the destination and if you go by Uber, you will need to pay about $30. There are also many buses which connect the Times Square and the airport.

If you check the New York airports map, you will find that Buffalo Niagara International Airport occupies a prominent part. The airport is located in Cheektowaga, New York. The naming of the airport has been done after the Buffalo-Niagara Falls Metropolitan area. The areas which are served by the airport include Southern Ontario, New York, Buffalo and Canada. It is considered as one of the busiest airports in Upstate New York. The total area covered by the airport is about 1000 acres. There are almost 100 flights per day from the airport offering non-stop service to almost 30 airports all across the United States, Jamaica, Mexico and the Dominican Republic. Both passenger and cargo airlines operate from the airport.

Further Read: Honeymoon In New York: A Romantic Escape To The City That Never Sleeps

So are you ready to fly out from New York? If yes, don’t miss the amazing experience of traveling from these marvelous airports in New York. But before that also take the experience of customizing your New York holiday with TravelTriangle!

Which are the busiest airports in the United States?

Which are the famous airlines operating from John F. Kennedy International Airport?

Is there any direct flight from New Delhi to New York?

Which airport is near Long City Island?

What are the facilities available at John F. Kennedy International Airport?

Austin Wildlife: 5 Superb Places To Spot The Exotic Flora & Fauna In The City