All About Akashi Kaikyō Bridge: The Longest Suspension Bridge In The World 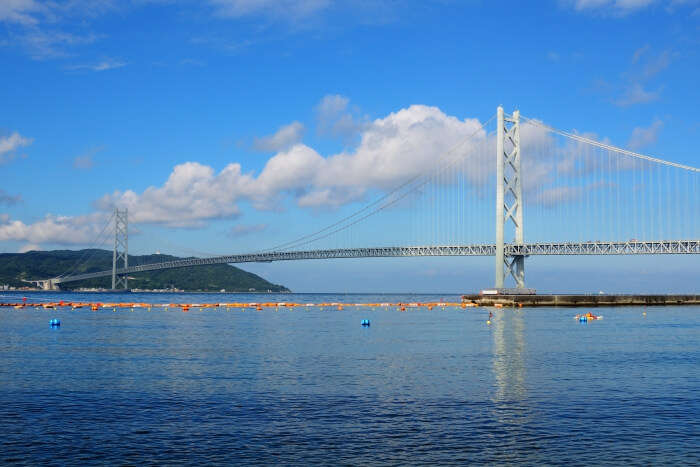 Akashi Kaikyō Bridge is one of the longest bridges in the world that holds an important position in the trading business along with the daily transport. It is the longest and strongest suspension bridge in the world and is also known as the Pearl Bridge. In fact, this is one of the most prominent bridges with magnificent architecture and charismatic view apart from being the prime links of the Honshū–Shikoku Bridge Project that created three routes interconnecting the islands of Shikoku and Honshu across the Inland Sea, Japan. The primary purpose to construct this bridge was to connect Kobe to Iwaya. The former is a city in the Honshu mainland of Japan while the latter is on Awaji Island, an island in Hyōgo Prefecture in Japan.

The world is overwhelmed with countless monuments, sea beaches, mountain ranges, different types of bridges, and other phenomenal structures. The six-lane Akashi Kaikyō Bridge is among the prominent destinations that not only impresses the spectators but also holds an important motto. The construction of the bridge experienced a series of challenges that not only tested the expertise of the engineers but also the patience of the government. This has made the bridge stand against the odds and can be declared as the champion of all the bridges ever built in the history of mankind. Lets us divulge into a few facts about the bridge that will definitely enlighten you about this glorious bridge constructed in 1998.

The construction of the sumptuous bridge was not completed in a jiffy. Rather, it has a strong history associated with it. Before this bridge was constructed, the route across Akashi Strait was used to carry the passengers in Japan. Though the strait between the Awaji and Honshu islands was one of the most seamless ways of connectivity between the two islands of Japan, it experienced severe storms. In 1955, a dangerous storm took away the lives of 168 people after two ferries sank. This compelled the Japanese government to take a firm decision. Initially, the plan was to develop a mixed bridge having railway and road networks. However, the construction, which started in April 1988, was limited to road networks only, with 6 lanes. It took a decade by more than 100 contractors to complete the construction and was opened to the traffic on 5th April 1998 by the Crown Prince Naruhito, his wife Princess Masako and Tsutomu Kawara, the Construction Minister.

Must Read: 35 Best Places To Visit In Japan That Make It Look Right Out Of A Storybook In 2022

Now that you know about the history of Akashi Kaikyō Bridge, it’s time to know a few quick facts: 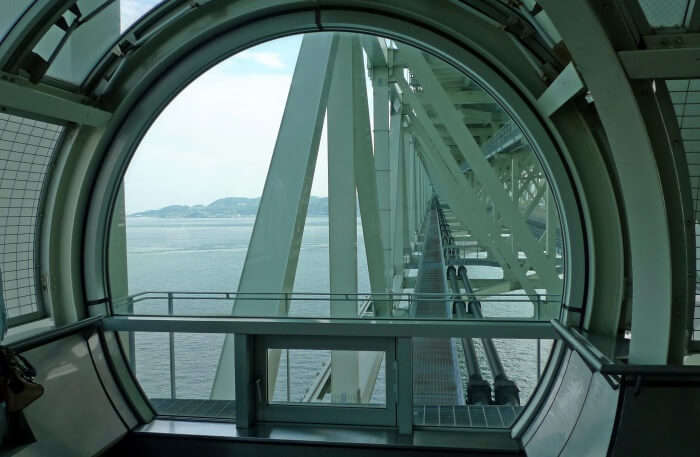 It is a circuit-style promenade built on the Kobe side of the bridge. It is an observation facility offered to the tourists to experience the excellence of the longest and strongest bridge in the world. It is located in 2051 Higashimaikocho, Tarumi Ward, Kobe, Hyōgo Prefecture 655-0047, Japan. The visiting hour is from 0900 hours to 1800 hours every day. During the Golden Week and summer holidays, it remains open till 1900 hours. Also, the admission is restricted 30 minutes before the closing time. Admission fee is 250 yen which becomes 300 yen on the weekends and national holidays. 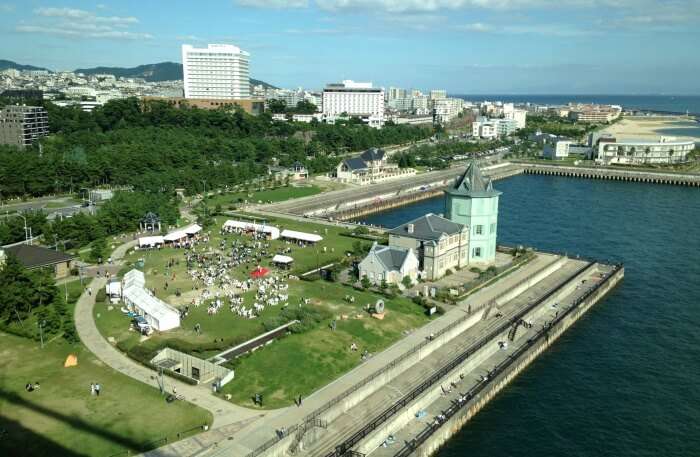 This is the first prefectural urban park built to enjoy the exotic temperature and the suspension bridge. It is located in 2051 Higashimaikochō, Tarumi-ku, Kōbe-shi, Hyōgo-ken 655-0047. The admission fee varies from 100 yen to 300 yen, depending on the age of the visitor and the day of the visit. By local trains, if you travel from Sannomiya Station, the travel time is 25 minutes and the ticket will cost 300 yen. You can also travel through the Sanyo Railway Main Line from Maiko-Koen Station. 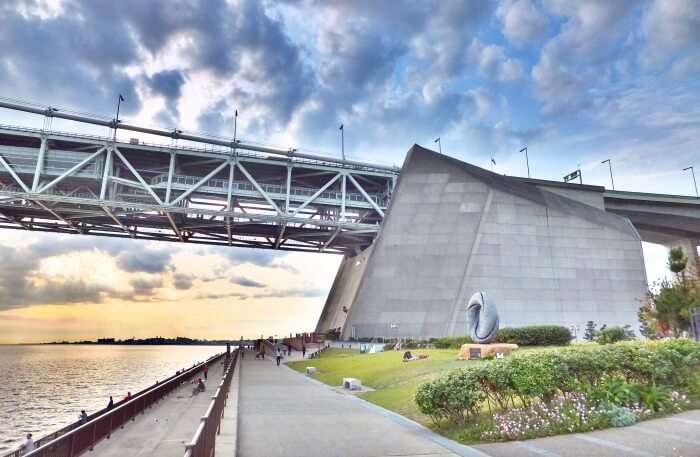 It is an exhibition hall that depicts the history, magnificence, and importance of the suspension bridge. It is an important place to visit that will allow you to relate to the complicated architecture of the bridge and the splendid engineering. It has a 3-D theatre that will show you 3-D videos to give a pictorial representation of the construction work. It is located in 4-114 HigashiMaiko-cho Tarumi-ku Kobe. The visiting hour is from 0915 hours to 1700 hours every day with some seasonal exceptions. The admission is restricted 30 minutes before the closing time and the admission fee is 310 yen.

Further Read: Cherry Blossoms Are In Full Bloom & So Is The All New Spring Flower Cruise In Japan In 2022

The magnificent bridge is located in Higashimaikocho, Tarumi Ward, Kobe, Hyōgo Prefecture 655-0047, Japan. Enjoy the bridge by traveling on it via a car or from the park or promenade. You can access the bridge from Maiko station located in the JR Sanyo Line. Also, known as the Pearl Bridge, Akashi Kaikyō Bridge is the center of attraction for many tourists and the locals, who prefer to spend time witnessing the architecture gifted by the government of Japan to the people. On your trip to Japan, do not miss this beautiful monument.