Autumn In Queensland: A Pocket Guide For Planning An Impeccable Holiday 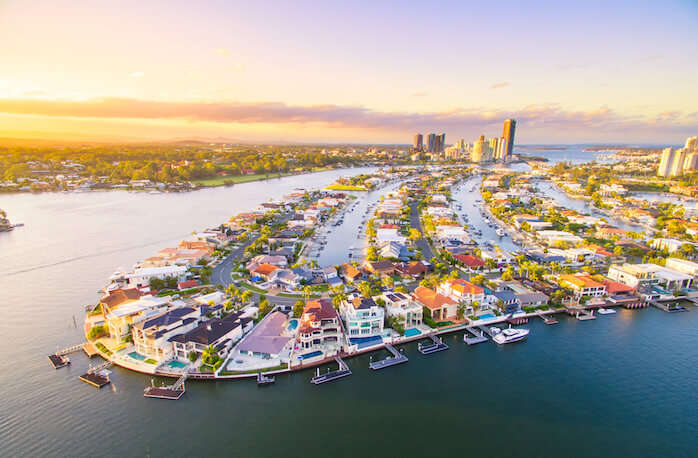 While autumn might not necessarily be everyone’s favorite time of the year because of the dead flora and the crisp weather, it is one of the most beautiful times around in the Queensland, the capital of Australia. Irrespective of what you are into, it is not at all surprising that autumn in Queensland does attract quite an influx of tourist every year around. If you have been planning to visit Queensland, the autumn season is possible, without a shadow of a doubt, the very best time of the year to visit the place. The wide range of events and festivals do makeup for the amazing experience, which is why you ought to plan a trip during this season. But confused how to start? Well, here’s a guide that’ll help you with everything that you need to know!

Weather During Autumn In Queensland

As mentioned before, Queensland during the autumn time is not just known around for its festivals and activities but the overall autumn colors in Queensland are what make up for one of the most amazing reasons to visit the place. The autumn months prevail from March till May and the weather is not just beautiful with the different hues of orange but is actually quite pleasant to be in.

The temperature usually drops down to 15-25 degrees centigrade which is pretty standard for the autumn weather. Not only is it amazing and pleasant for you to step out of the house to enjoy the tropical weather but the rain is a bare minimum during that time which is an added bonus. The humidity is also a lot lessened during that time of the year.

Suggested Read: Queensland In July: 10 Experiences To Get Up Close And Personal With Nature In 2021!

10 Things To Do In Queensland In Autumn

Now, it should be very well known that surfing and Australia are synonymous. The continent is famous globally for the same and The Quiksilver Pro and Roxy Pro Gold Coast is a must-attend event for all the surfers that visit Queensland during the autumn months.

It is the opening stop into the famous World Surf League World Championship Tour and witnesses some of the most popular surfers from around the world battling it out in Coolangatta to snatch the title of the winner. The right-hand point of the Snapper rocks is where the magic happens. The event is primarily held between 11th till 22nd March every year for interested people flocking around the place with excitement and fervor.

Must Read: 10 Ways To Celebrate And Enjoy Christmas In Australia

2. Feast of the Senses

It goes without saying that tourists love to indulge in something unique and authentic in every place they visit. When it comes around to exploring the autumn leaves in Queensland, the Feast of the Senses is an absolute must to visit and attend while you are there. It is predominantly the North Queensland’s tropical fruit festival which aids you to taste around some of the delectable fruits specially sourced in that place.

The event witnesses a wide range of activities around, food events, farm trails and a number of cooking competitions for you to try out. The event is held for 5 days straight from 22nd till 27th of March.

Yet another one of the amazing events to visit around in Queensland during the Autumn months is to explore around the World Science Festival for anyone who loves to indulge in science experiments and see some of the amazing inventions that could impact the future effectively. It is mainly held in Brisbane but the trip from Queensland is nothing that you can’t make because the distance is not that ghastly. The number of events around in the place is immaculate a very informative and you can also engross yourself in amazing information about different scientific topics that you possibly didn’t even know of.

The Mackay City Auto Group North Queensland Games is definitely something worth visiting Queensland for during the autumn months. Majority of the tourists are going to visit Queensland for just the sightseeing spots around and while that’s okay, if you are visiting around in Autumn, it would be an absolute shame if you miss out on some of the most popular events around. The North Queensland Games is the biggest multi-sport event that’s held from 5th-7th May. The players in the game predominantly come around from Mackay, Townsville, and Cairne. If you are worried about what to plan in Autumn in Queensland, get your sporting gear ready.

One of the most amazing events that Queensland hosts during the autumn months is Beef Australia. Just as the name suggests, the event specializes in showcasing some of the best beef and briskets around from Australia. It is held in Rockhampton every 3 years and celebrates every facet of the Australia beef expo. There are not just cooking demonstrations but seminars as well. It is held between 6th-12th May.

As odd as it might sound, Queensland does celebrate the landing of Lieutenant James Cook into Bustard Bay at 1770 on 24 May. The festival is not just about the legend himself but has become symbolic of the amazing community that comes around to celebrate it every year around. If you are someone who is visiting Queensland during the autumn months, you are definitely going to be loving the vibrant live music and dance along with the amusement rides and even the shacks around. It is held between 25th-27th May.

There’s nothing better than the combination of food and wine, now, is there? The Noosa food and wine are one of the most coveted festivals held around in Queensland that attracts a number of tourists year after year. The festival witnesses the dishes made and shared by some of the most renowned chefs along with some of the most famous winemakers around in Australia. The festival is held across three festival village, The Junction, The Beach and finally, The Woods. It is held from 17th to 20th May.

Must Read: Summer In Queensland 2021: See What Makes It The Best Season To Visit

If you are wondering when does autumn start in Queensland, it starts with the Blues on Broadbeach Music Festival. Just Kidding! But, it is actually one of the quintessential parts of the autumn season in Queensland. Artists from around Australia infiltrate this place to showcase their talents and amazing skills. You can dance to the amazing beat drops and indulge in finding some of the most amazing musicians.

Last but not the least on the list is the Julia Creek Dirt n Dust. It is one of the biggest triathlons in Queensland that is held during the autumn months. It is more than your regular spandex clad cardio but one of the most popular events that attract quite a huge tourist attraction from around the world. A quick road trip down to the creek is also on the cards.

What To Pack For A Trip To Queensland In Autumn

Queensland during the autumn months is filled with festivals and events. If you are visiting during that time, ensure to not just indulge in the regular realms of sightseeing, but also take a look around some of the most popular events that register this place as one of the most popular ones to visit during the time of the year. So, what’s stopping you? Plan your holiday in Australia with TravelTriangle right away and head out for a fantastic vacation!

A Handy Holiday Guide To Venice Tourism-Queen Of Adriatic Sea

Engelberg In Switzerland: Everything You Need To Know About The Resort Village