10 Castles In Berlin That Will Captivate You By Their Charm And Grandeur! 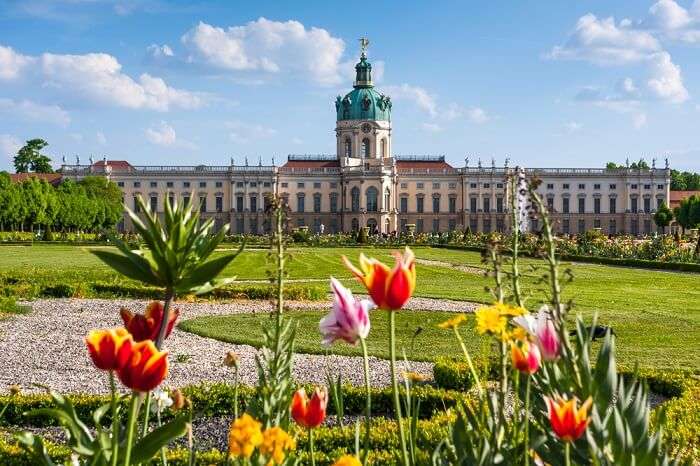 When in Berlin there are many things visitors like to engage in beside the local delicacies and the usual banter of sightseeing. One of the most prominent aspects of visiting are the castles in and around the place. With such amazing architectural buildings and gorgeous structures from the past, it leaves the visitor or bystander wander in awe.

We often ten to ask ourselves how skilled were the craftsman and builders back in the day? Minus the technology that we so depend on even for our basic amenities, our ancestors managed to get done such glorified structures upright without the help of technology. These royal retreats are one of the major fascinations as to visitors traveling to the city. With an abundance of Prussian castles and palaces scattered around the city, we will give you ten such castles in Berlin that you should not miss when you visit.

You shall find it all, from romantic fantasy castles to military forts that served the army generals back in the day (long back). Berlin will give you the best manor houses and some fantastic structures that will leave anyone awestruck. Whether the regal structures are in the city or away from it, at a few hours distance, you shall have the most regal experience of your life. If you were to stroll down the lobbies and gardens of these enormous places, you will experience its beauty first-hand. The century-old castles in Berlin and around the city are a must visit. Here’s a list of the top ten castles in Berlin that you must see:

A beautiful and sufficiently big palace with lustrous greenery surrounding the area and waterside walkways make the Glienicke Palace a must visit affair when in Berlin. This structure is situated on an island in the middle of the Wannsee Lake, giving it a romantic, fairytale like vibe to the place. The palace boasts of classical elements inspired by the Italian country homes, with a large fountain situated at the front of the palace, making it a European love affair like structure. It is one of the best castles in Berlin to visit.

The Kopenick Palace was built on a small island in Berlin in the year 1558. This palace is bounded by an English inspired park with beautiful semi-deciduous elm trees and ginkgo trees. Earlier it served as the summer residential complex and hunting chalet for electors of Brandenburg in Hohenzollern. Later on, the palace served as the residence of Friedrich I of Prussia. By far, it is one of the most exclusive castles in Berlin, surrounded b nature.

Straight out of a fantasy film of royalty is the Rococo castle of Sanssouci. This castle is not in Berlin, but you could board a train and it will take around 30-40 mins to reach Potsdam and experience the magnanimous of a beauty, of this grandeur filled structure. If you are in Berlin, do not miss visiting this castle. Commissioned to build by Frederick the Great, presently, the park and the palaces that belong to this grand structure are under the UNESCO World Heritage site since the year 1990.

In German, this structure is known as Berliner Schloss or the Stadtschloss, which literally translates to Berlin Palace. This royal palace in Berlin served as the resident to the Kings of Prussia, the German emperors and the Electors of Brandenburg. This palace was one of the most enormous and elegant palaces the city has ever witnessed. demolished in the 1950s by the East German government, presently, the palace is being rebuilt and will be a museum of the Ancient Prussian Art Chamber.

The Charlottenburg Palace used to be the summer home to Sophie Charlotte, who was the wife of King Friedrich I of Prussia. This gorgeous structure reflects a perfectly warm and regal essence and the splendor of the Hohenzollern family. The construction of this castle began in 1695, with the structure consisting the main building along with a central cupola and two annexure buildings on the sides that enclosed the courtyard. This castle has it all, from gardens to the mausoleum, the beauty attracts visitors.

When in Berlin, you ought to visit the Bellevue Palace. It is an extensive white landmark, resting on the banks of the river called Spree. While such enormous structures are let out as a tourist attraction spot with thousands of people pouring in to visit the regal essence of a place. This castle in Berlin is however closed to the public and is the resident of the President of Germany since the year 1994. This sprawling white structure is a literal form of the German’s ‘white house’ like the one in DC (pun intended).

If you were to see this spectacular castles with your own eyes, you would know what inspires the fantasy television series. The location itself is spectacular, and having a castle built on a cliff, yes you read it right, a cliff! Well, the entire idea is just mind-boggling. Commissioned by King Ludwig II of Bavaria, this castle is right out of the fairy tale books we read as a child. Upon Ludwig’s death in the year 1886, the castle was opened to the public and since then it has gained the reputation of being the most visited castle in the world. It is one of the best castles around Berlin.

If you are looking for a palace located in a forest to give you an authentic Princess Diaries feel, then the Grunewald Hunting Palace it is. This palace is located in the forest of Grunewald translates to Jagdschloss Grunewald in German. It was built in 1540 for an electoral prince named Joachim !!. this palace was built for his hunting practice sessions, which happened to be his favourite. Visitors who come here will have a great time studying the paintings of Cranach, Rubens, and Lievens.

Technically, the Spandau Citadel cannot be termed as a castle or palace, however, it is among the best-preserved Renaissance fortresses around the world. This fortress was built in the 16th century and has witnessed 500 years of battle since its formation. Presently, the citadel hosts an annual music festival comprising of classical and pop musical art shows.

A building, inspired by the Baroque style from the Baroque era, is the Schonhausen Palace. The specialty of the palace is that it has gardens surrounding the entire arena through which the Panke river flows. Once owned by Frederick I of Prussia, this building has reopened after extensive renovation in 2009. This palace is presently maintained by the Prussian Palaces and Gardens Foundation.

To conclude, these were the must-visit castles in Berlin and around the city. Each and every structure has a story of its own and an architectural style inspired by the ancient European neighbors that gave the castles in Berlin Germany, a place with elaborate and gorgeous palaces and castles. Today, thousands of visitors visit the German cities to experience the grandeur of these enormous royal structures presented to us by our ancestors. Only a visitor who has had the experience knows the feeling of such grandeur. So, plan your trip to Berlin with TravelTriangle and don’t forget to visit these castles!

Berlin VS Munich: Which One Is The Most Ideal Holiday Destination

10 Best Villas In Berlin That Offer A Luxurious Stay Experience!