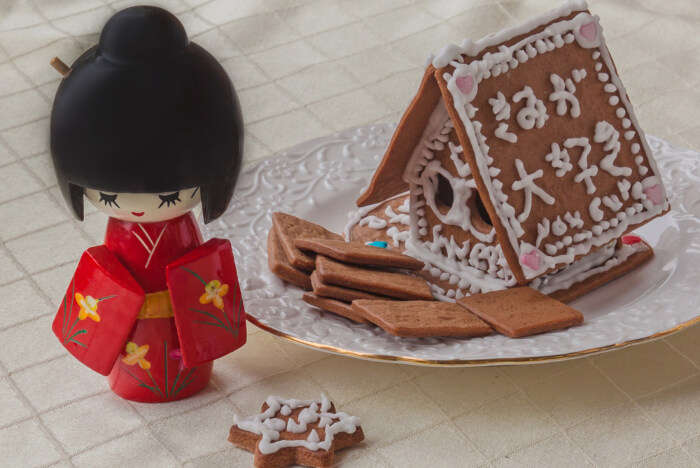 Christmas is mostly seen as a casual holiday. It mostly involves time off work, gifts and card exchanges, greeting friends, family, and loved ones, spending a romantic evening, and much more! Christmas is not a national holiday in Japan. Students usually get holidays, starting from Christmas through New year, however, businesses operate as ordinary working days. An organization work off might be observed depending on the particular organization’s culture and beliefs. Christmas is not celebrated as a religious holiday by the country either.

The Christian population in Japan is very small, with only about 2.3 percent of the total population being Christians. Christmas mass celebrations have now started being witnessed across the country, starting very recently about a decade ago. The Japanese streets come alive with lights and decorations during Christmas in Japan. Japanese people treat themselves and their loved ones with Christmas cakes and parties. The couples treat themselves with a romantic night out, while others soak in the ambiance and the colorful decorations. Japan doesn’t leave itself behind in celebrating Christmas and becomes an attractive wonderland during Christmas. Visit Japan to see for yourself and also know what Merry Christmas in Japanese is called!

Best Things To Experience In Japan During Christmas

The ski season usually starts in December and picks up the pace all the way through March. The most enjoyable part of Christmas in Japan is the winter sports they offer. People usually enjoy skiing and snowboarding. Hakuba, Hokkaido, Yuzawa, Nozawaonsen, and Niseko are among the famous places to go to. Japanese ski spots are famous for their ‘fluffy’ powdery snow. Christmas in Japan weather offers fresh snows which are also at a drive distance from the most famous tourist destinations.
The temperatures usually drop to around 6 degrees Celsius to -2 degrees during December making these places popular among international tourists. Few tourists usually also live in these places full time or for a couple of years to enjoy the weather and other offerings. The best ski resorts can be found in both the main island (Honshu) and the North Island (Hokkaido).

Must Read: Japan Beats Singapore As Having The World’s Most Powerful Passport!

Try the cold season dish Nabemono (also Nabe for short). The ingredients vary according to the taste, region, and preferences of the group. People enjoy thinly sliced beef, boiled eggs, and egg dumplings, mushrooms, and sometimes leafy vegetables. The spicy broth is recommended. Sukiyaki is the most famous hot pot dish. It is served with soy sauce and tofu along with the other ingredients. The noodles and the rice are usually cooked in the remaining broth and have a distinct flavor as well.
The dish is, however, a ‘group’ dish and can only be enjoyed with people sitting around, sharing the table and memories. This is a perfect Christmas dish which brings friends and family together, just like the festive tradition! The best Japanese Christmas food experience is offered along with a table surrounded by your loved ones.

The last week of December is marked by colorful light decorations around spots famous with foreign tourists. The decorations, for instance, the Tokyo station illuminations are decorated and open to exhibits from November end through Mid February. Both modern and historical architecture is decorated with lights. Trees and structures along the pathways are covered in colorful lights. Tokyo Shiodome and Tokyo Midtown both offer free entry to multiple illumination areas that display structures covered in colorful LEDs. Sagamiko Illumination offers a view of hillsides covered in LEDs, amusement parks and other attractions for a fee of 1000 yen per head.
Other free admission events are Sendai Pageant of Starlight, Osaka Hikari Renaissance, Midosuji Illumination, and a lot more. Slow walks along the illumination and booking a dinner table overlooking the decorations are the recommended activities. Christmas in Japan travels is incomplete without a walk through these illuminated pathways. The pathways usually take half an hour to an hour to traverse. If you like to take macros, you might want to factor in the time you take to get a few decent pictures to enter in your social media for good.

The winter nights are bright, cold and especially clear. This year Lake Haruna illumination fest is scheduled from December 7th through 26th. Another famous illumination show can be witnessed in Yamanakako every day starting November 23rd all the way through January 3rd. There is also a fire show event every Sunday which would be held for public till Christmas. The illuminations and the fire shows are for great pictures and memories. The event is also free and is open from 5 pm till 9 pm at the night.

After an exhausting day of bargain shopping and eating in the streets you can head to the healing waters to relax and to relieve stress! The hot water baths provide a glimpse into traditional Japanese hospitality and customs. The hot baths can be indoors or outdoors but its recommended to get an open-air hot bath for a unique experience that Japan has to offer. The baths can be overlooking snow grounds. The winter cold, the festive mood, and the illuminations and decorations integrate to create a really peaceful and serene experience.

A UNESCO world heritage site Shirakawago displays a unique winter experience. The village is well lit, covered in snow and an overall serene experience. The villages provide a peek to traditional Japanese architecture and culture. The houses are styled with a steep roof and most of them are usually at least a century old. Few events wherein the marketplaces are decorated with lights are held during December end. You can have a rich experience of both the weather and Christmas in Japan traditions.

Suggested Read: 15 Best Places To Visit In Japan That Make It Look Right Out Of A Storybook

Kurisumasu Keki or Japanese Christmas cake can be brought from every good food establishment. The cake is usually the spongy dessert and not the heavy nut and fruitcake. It contains light cream fillings and frosting. The cakes are delicious, and the entire population seems to love them as well. While the people flock around in red Santa hats and comfy winter wears the Japanese Christmas and especially the cake is not about the religious traditions. The cake signifies prosperity.
The country comprising of small islands came up to rise from the ruins after the WWII. The country cake is symbolic, has a history, and a story. The white icing on the cakes and the cherry top also symbolize the Japanese flag. Just hop to the nearest store (even the most notoriously famous Japanese 7 eleven) and you can have a taste of the old Japanese tradition.

8. Temples during the Winter

The shrines and temples have a festivity air and a soothing atmosphere. You can visit a temple and enjoy the small local operated markets that open close to them. They offer a variety of foods and cool things for purchase. The best time to visit the temples is December 23rd that marks the birthday of the emperor. The shrines are decorated specially for the emperor’s birthday. The decorations can be seen during Christmas and Christmas Eve in Japan, in case you miss it during the emperor’s birthday. A lot of people visit the temples which also offers a different experience and atmosphere. The shopping might be restricted to small and everyday items.

Christmas in Japan 2021 would offer everything from the most traditional Japanese cultures to modern day skyscrapers covered in LEDs and ski resorts with the finest powdery snow. The festival though not celebrated with a specific religious inclination by the vast majority, is still a great way of sharing time and love with our close ones. Romantic dinners and long walks with your partner are the best way to spend Christmas in Japan. Book your trip with TravelTriangle and have a great Christmas!

Where should one spend Christmas in Japan?

One can spend Christmas in Japan in the city of Tokyo.

What is the tradition in Japan for Christmas?

The tradition is to spread happiness on Christmas in Japan.

Do Japanese go to KFC for Christmas?

In December 1974, KFC Japan started fried chicken as a Christmas meal and since then it has become a custom there.

What is Santa Claus called in Japan?

A Buddhist monk called Hotei-osho acts like Santa in Japan.

All About Akashi Kaikyō Bridge: The Longest Suspension Bridge In The World

Japan In May: Explore The 10 Most Exciting Activities Japan Offers In May 2022

10 Water Parks In Japan Your Family Will Surely Love To Spend Time At!

Osaka Nightlife: A Handy Guide To Hop On At The Best Nightclubs In The City!

The Historical City Will Certainly Surprise You.Here Are The Top 6 Places To Visit In Kyoto!