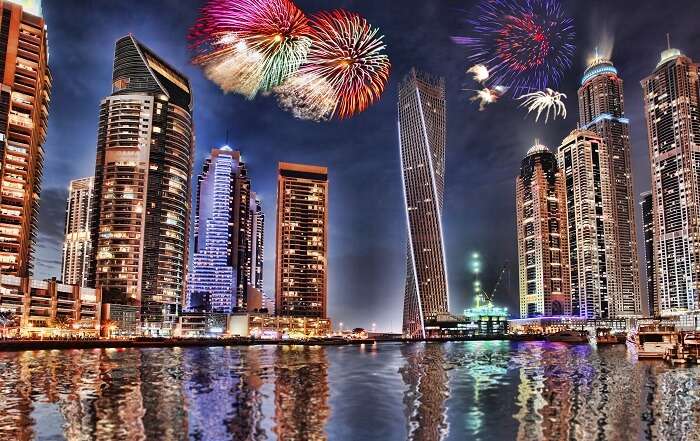 The United Arab Emirates is one of the wealthiest countries in the world, and certainly one of the most powerful in the region. Apart from the marvelous structures and vast deserts, UAE is also known for its cultural amalgamation. The home of the most global cities of the Middle East, there is slew of different kinds of cultural and religious festivals in United Arab Emirates that should be witnessed while holidaying at this city of sheikhs.

Here is a roundup of the most important festivals in United Arab Emirates that you should definitely attend while in the country and be a part of the religious celebrations like never before. 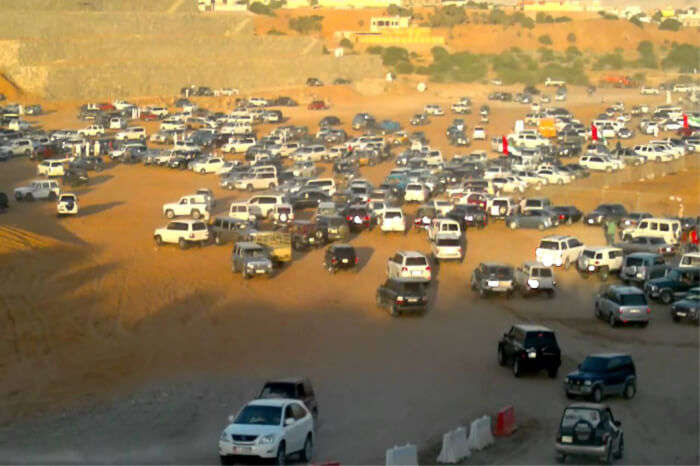 The Awafi festival is an annual celebration of the culture and history of the union, mostly in the form of outdoor sports, making it one of the few traditional festivals of United Arab Emirates. Held in summer every year, this festival is mostly famous for its various competitions to scale the tallest sand dunes in various kinds of improvised vehicles.

There are also many cultural events during the festival, including a Heritage Village show, a main bazaar as well as coffee shops and art exhibitions. This is one of the best festivals of United Arab Emirates and is a must visit if you are around at that time. 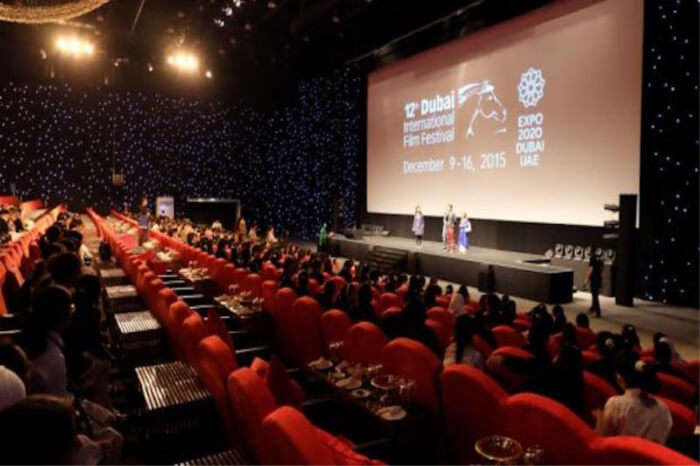 The Dubai film festival is a major hotspot for cinema lovers from across the region and Europe, and many A-line Hollywood stars, producers and directors turn up for screenings at various places in Dubai during the festival. After 14 successful editions of the festival, the festival has taken a break and will take place in 2022. The festival was established with the explicit agenda of engaging and promoting local filmmakers, and has screened 500 Arab films over the previous 14 editions, helping complete at least 300 of them.

Suggested Read: 36 Places To Visit In UAE For A Lavish Vacation In 2022 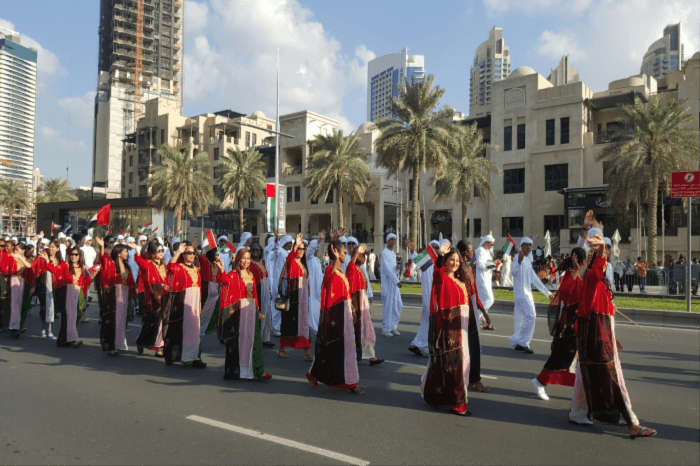 The union of six emirates is celebrated every year as the National Day Festival to celebrate the coming into being of United Arab Emirates on the second of December. This is the day on which most national monuments in the city are decorated and open for public viewing. The cities of Dubai and Abu Dhabi both hold several events in national monuments to celebrate the freedom and union, making it one of the most important festivals in United Arab Emirates. 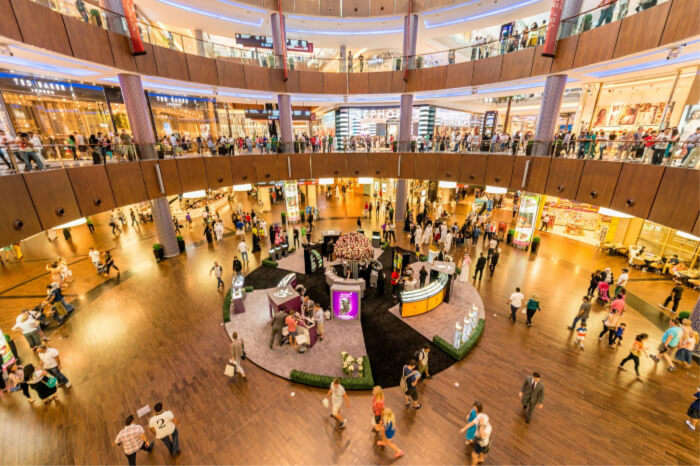 A haven for shopaholics – this event stretches over a month and is one of the best seasonal festivals of United Arab Emirates, which is exactly what you need to revamp your wardrobes every year. This is the time every shopping outlet in Dubai will reduce the prices, which means the streets of the city are overflooded with shoppers from across the world. Add to that the magic and energy of concerts, fireworks as well as other forms of entertainment, and this becomes one of the best events and festivals in Dubai in United Arab Emirates. 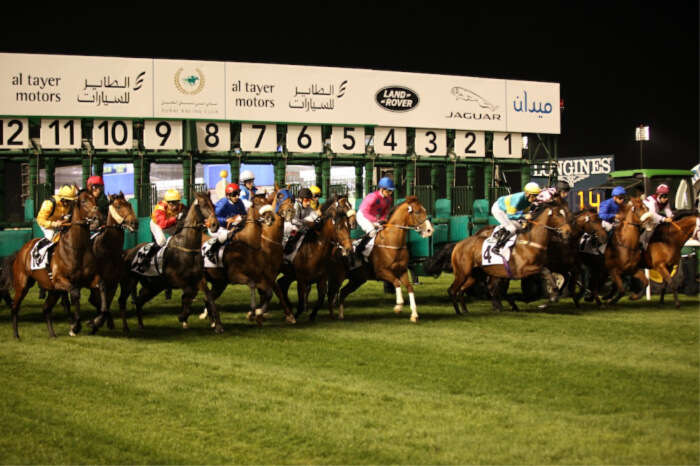 The World Series of Horse Racing, called the Dubai World Cup for short, has the reputation of being the world’s wealthiest horse race, with a total prize money of 12 million dollars. Technically a 10 furlong dirt race for thoroughbred horses, the World Cup night consists of eight different dirt races(including a purebred Arabian race) before the final race happens at the Meydan Race Course in Dubai. First established by the Sheikh Al Maktoum, the race day has evolved into a much looked forward to event in the region and the world. 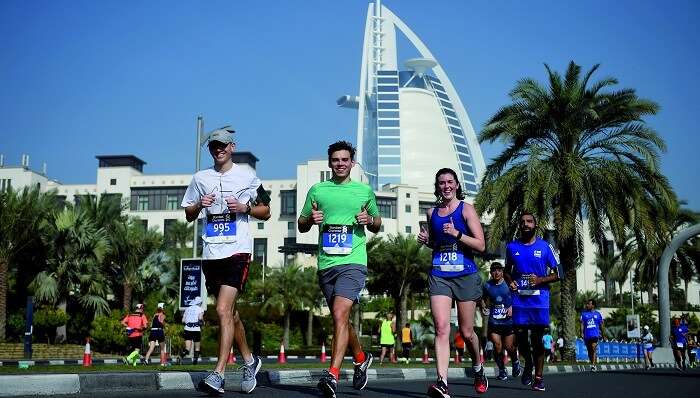 Another one of exciting UAE Festivals, this marathon has three different races, 3 KMs, 10 KMs as well as 50 KMs. People come from different parts of the world to take part in this beautiful event as the entry fee is quite small. On the other hand, the marathon is a charity event, which sees people from different backgrounds participate excitedly in this competition of fitness and stamina. 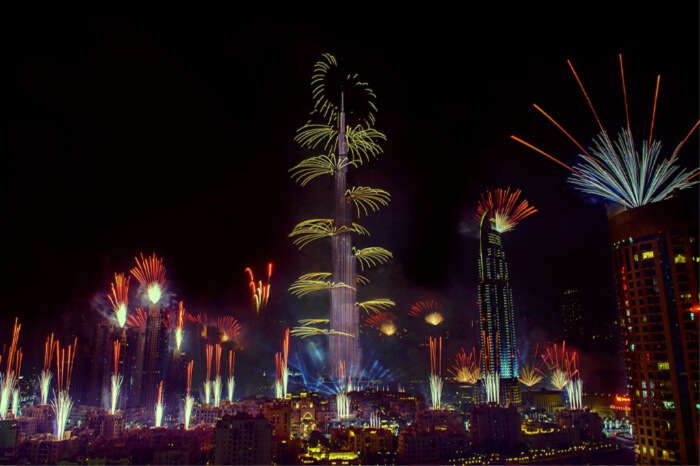 One of the most important religious festivals of UAE, Eid marks the end of the holy month of Ramadan when every Muslim observes fast. The day next to the evening when moon is seen in the sky is celebrated as Eid throughout the world, and UAE is not untouched. The cities of Dubai and Abu Dhabi are perfect to take part in these festivities as there are a number of events organised to mark the occasion. 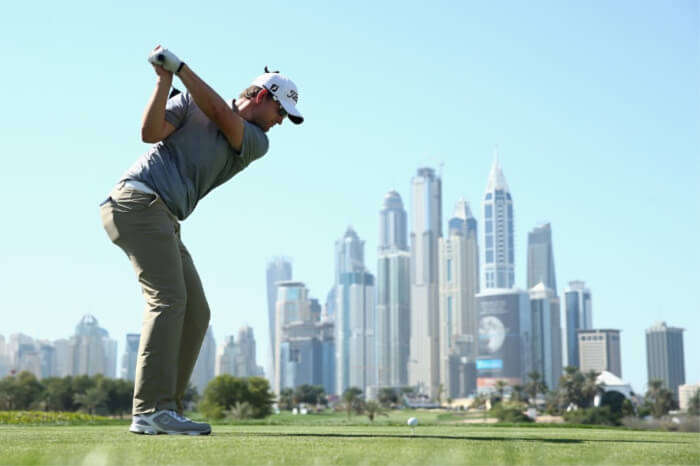 The Dubai Desert Classic is the biggest golfing event in UAE. Part of the European tour since 1989, it has a spectacular prize money of $3 million and is played on the Majlis golfing greens in the global city of Dubai. Because all the top players on the tour turn up for this annual event, it is the definitive golfing extravaganza of the UAE.

Suggested Read: 8 Best Things To Do In Ajman That Are Perfect For An Offbeat Vacation In The Heart Of UAE! 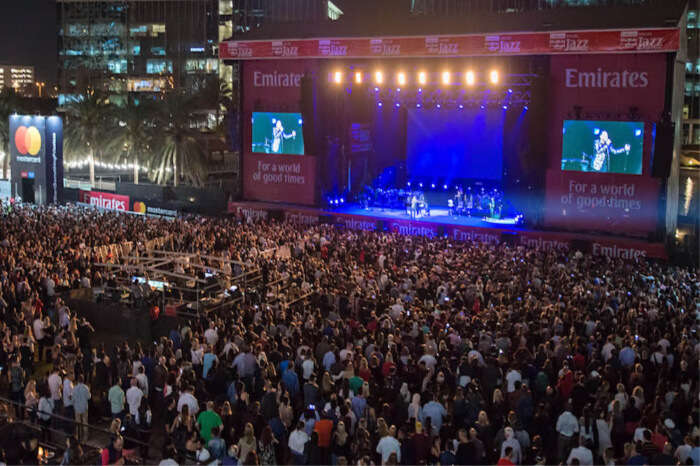 The city of Dubai is host to this dazzling jazz festival that is headlined by some of the top stars in the jazz and pop music industry. The festival is one of the only jazz festivals to happen in the region. Legends such as Duran Duran, John Legend and Ricky Martin have regularly starred in this annual celebration of music in the region. 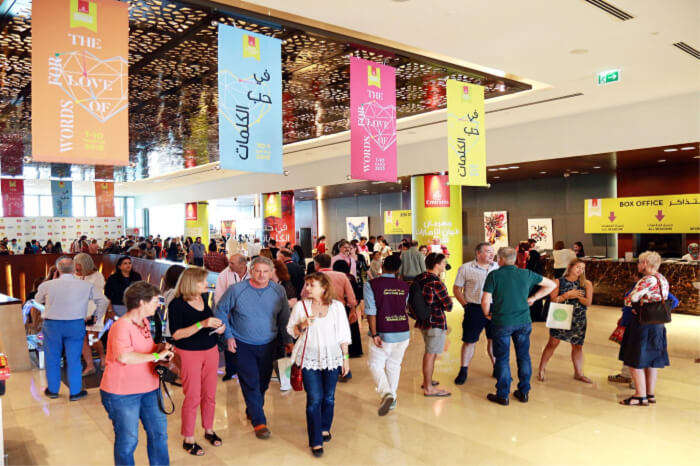 This international literature festival is fast becoming one of the major UAE festivals. Under the guidance of Ahlam Bolooki, the festival holds about 250 different sessions in each edition with hundreds of writers around the world. There are writing and poetry workshops, readings, discussions and a lots of other things catering to children as well as adults. The festival focuses on cultivating the writers of tomorrow and promote the talent within the country.

Further Read: 10 Top Things To Do In Sharjah That’ll Help You Unravel The Mysteries Of UAE

Head up and experience the time of the year at these UAE festivals and enjoy the joy and vibrance which fills every void of this state alliance. To ensure you don’t miss out these festivals, plan a trip to the UAE and immerse yourself in the grandeur of these celebrations!

What are the festivals in UAE?

What is the traditional dance of UAE?

Ayala dance or stick dance is the traditional dance form of UAE.

What is the culture of UAE?

The culture of UAE displays the influenced Islamic, Persian and Arabic culture, which is reflected in its dance, music, attire, cuisine and architecture. 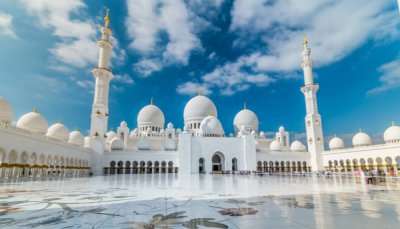