France In June 2022: Guide To An Enthralling Vacation In This Entrancing European Country 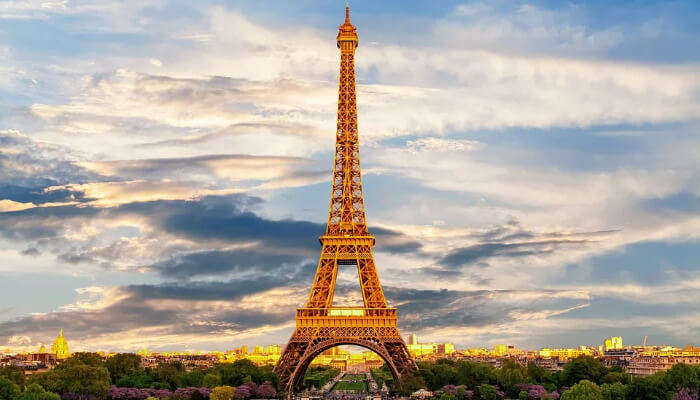 June is a great month to go to France. The locals get into the vacation mood although their major holiday season starts from mid-July. Paris is popular with tourists at this particular time of the year. You can also visit other parts of France in June if you are someone who doesn’t like crowds. You can see that the gardens and parks are starting to show their best with vivid coloured flowers and shrubs. The attractions and museums, both small and big, are open. Check in advance, as most of these places start their extended vacation time hours with exceptional outdoor events.

Weather In France In June 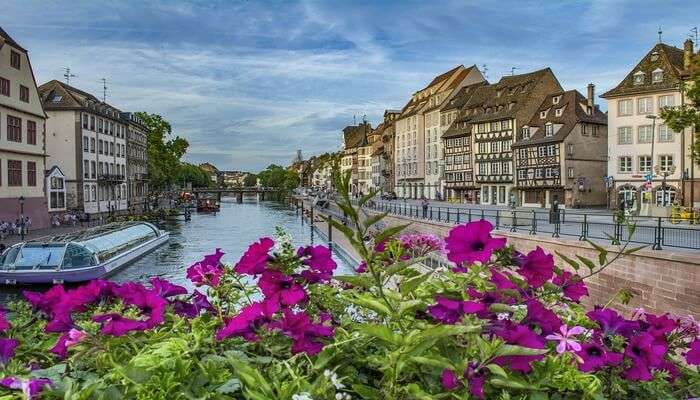 The weather is generally mild in June. You can see astonishing blue skies and experience warm temperatures mostly. However, there might be some spring showers and cold evenings, especially in France’s mountainous regions. The weather will vary slightly across France in June.

Reasons To Visit France In June

Must Read: This Edible Chocolate Cottage In France is What ‘Sweet Dreams’ Are Made Of!

Top Places To Visit In France In June

The places that shouldn’t be missed and are the best tourist attractions that one can experience in France in the month of June are : 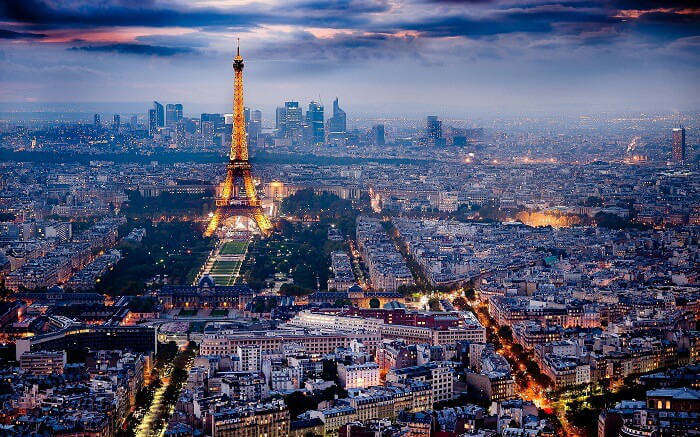 Valued for its joie de vivre and its elegance, Paris, the grand European capital is filled with several architectural masterpieces such as the Notre-Dame Cathedral and Eiffel Tower. The graceful boulevards and the full-of-atmosphere medieval quarters are some of the other charms of this city. To see the most remarkable palaces in France, you should take a train ride for around 30 minutes to reach Versailles from Paris. This lavish 17th-century place is a living proof of the absolute power and glory that was the realm of the kings of France, once. 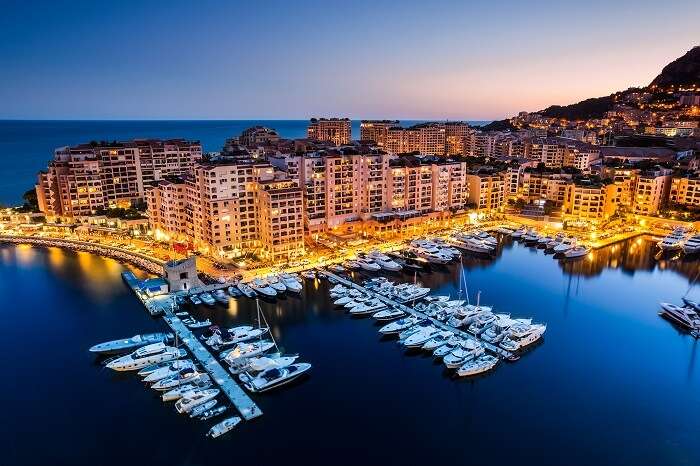 This beautiful stretch of the Mediterranean coastline is known for its immersive azure blue waters. This southern France region has the best weather for the most part of the year, and also the skies are a charming cerulean hue. This French Riviera starts at Saint-Tropez and broadens up to Menton, which is situated 30 km from the Italian border. It became famous as a wintertime resort for the British in the 1820s. It has become a crowded summer vacation spot, nowadays. Spring and autumn have mild weather and a relaxing and quiet atmosphere.

3. The Châteaux Of The Loire Valley 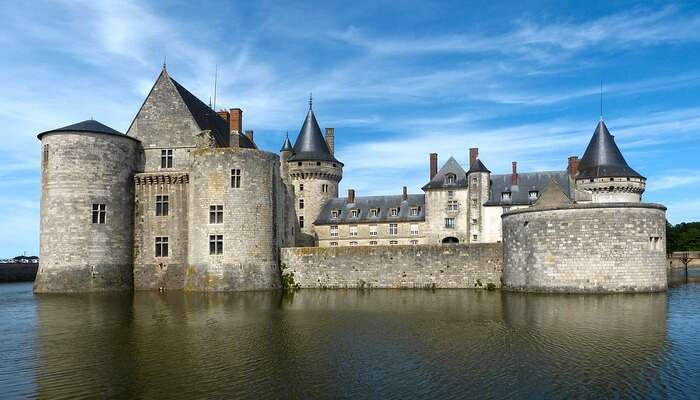 The Loire Valley resembles a fairy tale scene. It is a forested landscape with wonderful castles situated over the Loire River. Stretching for over 280 km, from Sully-sur-Loire to Chalonnes-Sur-Loire, this site is the largest UNESCO site in the entire nation. The region has an extremely rich cultural heritage. Extravagant châteaux, like the symbolic Chateau de Chenonceau and the grandiose Château de Chambord, offer great insight into the magnificence of the French court of Renaissance-era. French elites and nobles constructed stately manor houses, like the Château d’Azay-le-Rideau and the Chateau of Cheverny in a tranquil setting.

Suggested Read: 21 Best Places To Visit In France In Winter 2022 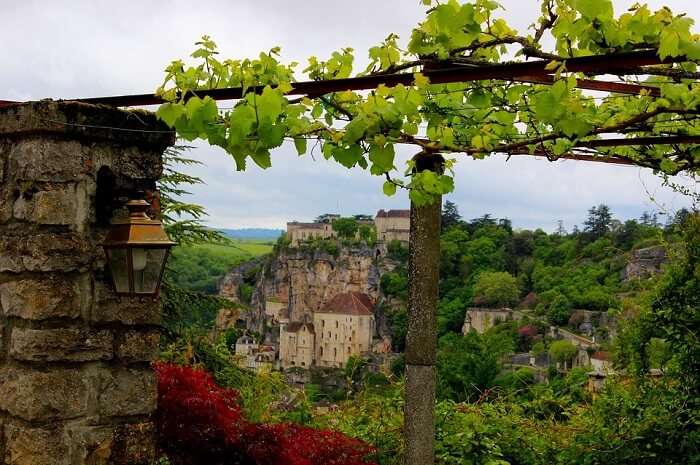 Rested on a cliff in the Dordogne region’s national park, Rocamadour looks to aim towards paradise. This memorable site was a significant stop on the route of the Camino de Santiago pilgrim and was the 3rd significant Christian pilgrimage site during the 11th century. This village has 7 sanctuaries that belong to the medieval era. The famous one is the Chapelle Notre-Dame, which possesses the valuable “Black Virgin”, a Virgin Mary figure that is carved out from walnut wood darkened naturally over centuries and is connected with miracles. 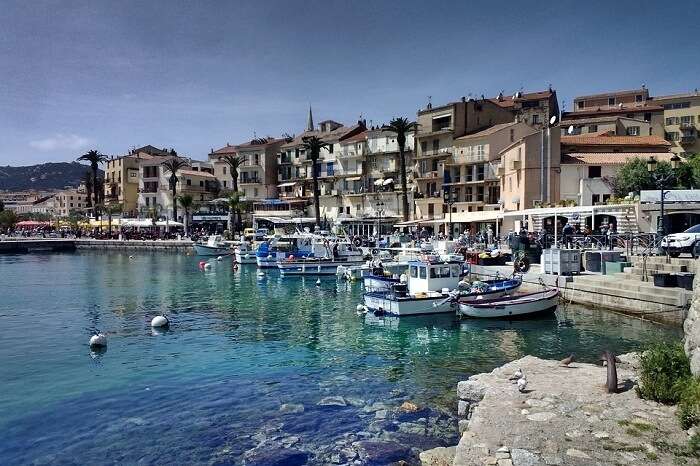 Corsica possesses a raw and rugged beauty that you can see in the spectacular coastal landscapes, snow capped mountains and pristine forests. This island is bordered with astonishing beaches, beautiful fishing ports, energetic seaside cities and tranquil bays. The inland hillsides have ancient villages where you can see time standing still.

Suggested Read: Chateaus In France: Stay Amid The Majestic Structures Of The Land

Popular Things To Do In France June

Here are some of the best things to do in France in June for the best experiences of this month: 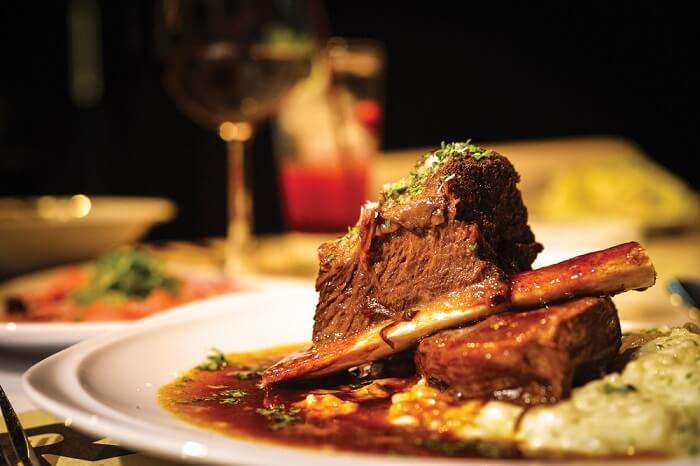 Food tour is an amusing way to obtain a general idea of French cuisine. There are numerous options and every company handles food tour format differently. Paris by Mouth and Culinary Tours of Paris are two good companies. Paris by Mouth tours will be led by tour guides who possess a background in the food and beverage industry and concentrate on high-quality producers. These tours include several stops prize-winning vendors for pasty, bread, cheese, charcuterie, wine and chocolate with variations to display the finest from every area. The price is around 95 euros for one person and includes the tasting fees as well; the tour lasts for around 3 hours. 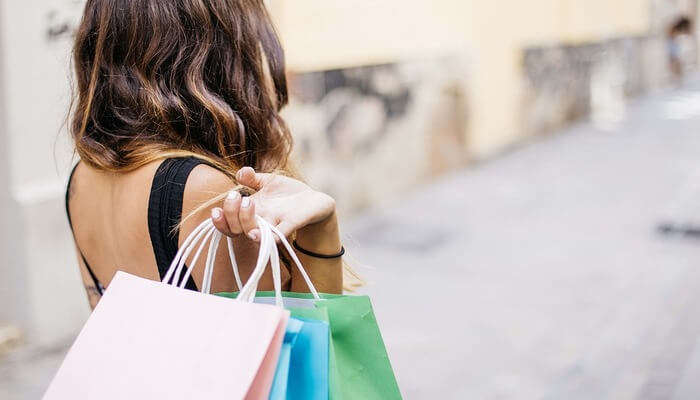 You can visit the departmental stores in Paris even if you are not an intense shopper. Called the Grand Magasins, the stores bear very little similarity to the sterile malls back at your place. They have wonderful art nouveau glass domes, elegant interiors, and sweeping staircases. Most of these stores were erected in the 1850-1860s. The first department store of Paris, Le Bon Marche fixed the standards and has Gustave Eiffel as one among the contributing architects of the building. Galeries Lafayette, with the striking stained glass, is the second famous destination in the city after the tower and acknowledged for selling luxury brands such as Louis Vuitton. 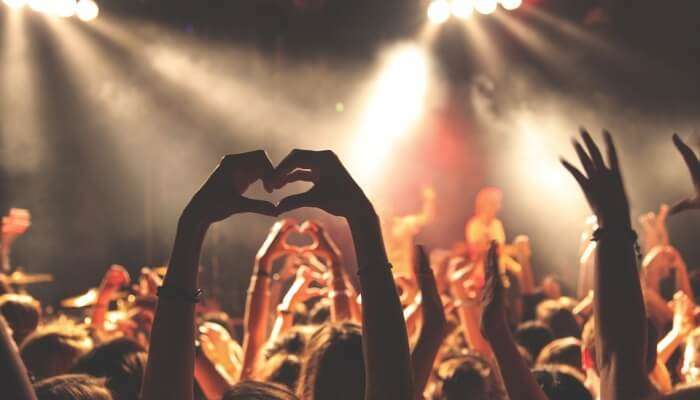 Paris has some of the celebrated jazz spots in the whole world, historically located in the Saint Germain des Pres and Montmartre districts. Jazz kept thriving till the 1940s, for the period of Nazi-occupied Paris when they banned American music. Jazz concerts and sessions carried on secretly, within the St. Germain-des-Pres underground cellars which were soundproof. These days, you can hear jazz every night throughout the week and nearly anywhere in the city. Le Caveau de la Huchette, Le Petit Journal Montparnasse are some of the best jazz spots. 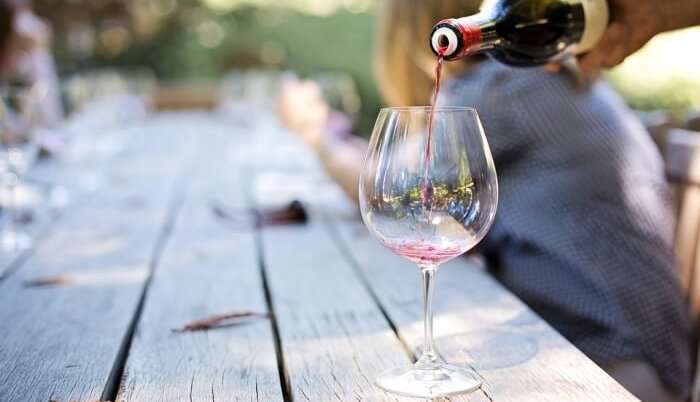 With more than 150,000 wineries, the French wine world is complex and vast. There are wine tasting classes that are held for advanced palates and first-timers as well. O Chateau is one of the well-known wine bars and training centres for oenophiles. It provides wine tastings daily and charges 30 euros for an individual for a one hour class for the amateurs and advanced courses for the experts. The wine tasting sessions are fun and casual and are coached by professional sommeliers. La Derniere Goutte is another option that you should consider. This wine shop’s staff are very knowledgeable and bi-lingual as well, which makes it a great place for visiting wine aficionados.

Suggested Read: 10 Mountains In France To Add In Your Itinerary When Planning An Adventurous Trip 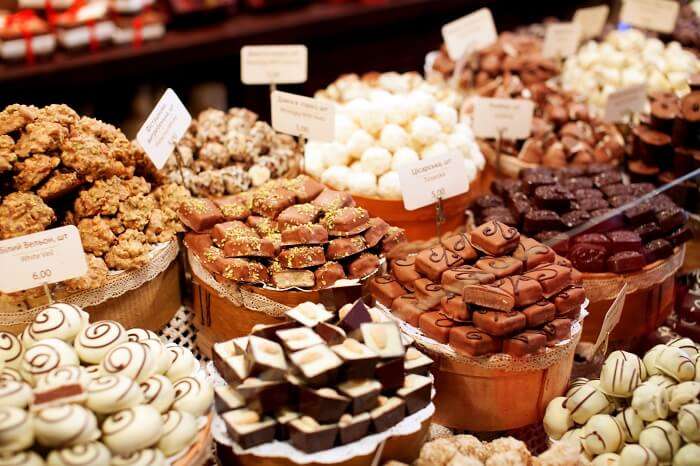 If you have a sweet tooth, you should not miss Rue du Bac. You will visit the best chocolate and pastry shops in Paris grouped at Le Bon Marche’s north side. The shops are small yet look like an edible museum with their huge sculptural brioche, Paris-Brest pastry with hazelnut cream. Kids are sure to fall in love with the pink interior and the pastries up for display under a glass cloche. Visit the Des Gateaux et Du Pain, a patisserie/boulangerie of Clair Damon, where you can taste some of the beautiful pastries with remarkable combinations. “Vert Absinthe ”[tart flavoured with mint, lime angelica confit and green tomato] is something that you must try here.

June is the beginning of the festival season when the country starts celebrating everything from music to food and from arts and crafts to street theatre. Every large city in France will put on a show; summer jazz festival season also gets going. Shopping is better in the summer sales season; from middle of June to the beginning of August. Check out shops that have “Soldes” signs in their windows. You can sit in a terrace or on the sidewalk of a cafe watching people pass by, in the day and night time. So plan a trip to France and experience every wonderful travel opportunity this destination has to offer.

Is the month of June good to visit Paris?

Yes. June is a perfect time to visit Paris as the weather is mild, quite pleasant and tourist places aren’t very crowded.

Does it rain in France in June?

One can expect light showers in the month of June throughout France.

Can one wear shorts in France in June?

Yes, one is free to wear shorts. But France and especially Paris are very fashion conscious. So if you are visiting a high-end restaurant, hotel or shopping mall – try to avoid shorts/flip flops.

How is the weather in Lyon in June?

It is moderately warm in Lyon in June. High temperature is usually around 24 degrees Celsius while the minimum is around 14 degrees celsius.

How far is Bordeaux from Paris?

Bordeaux is almost 580 km from Paris. A road trip may take almost 6 hours while a train trip will take around 3 hours to reach Bordeaux from Paris.

Croatia In June Japan In June Italy In June 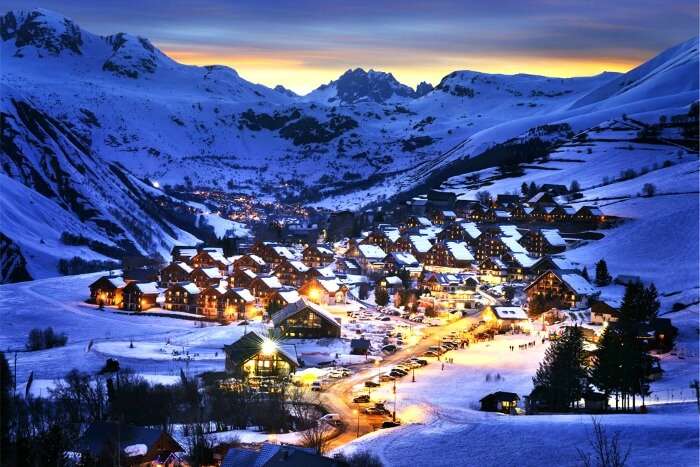 21 Best Places To Visit In France In Winter 2022 For A Blissful Holiday Experience! 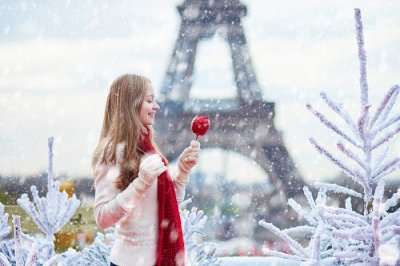 France In December 2022: A Guide To Explore The Country Of Romance Amidst The Beautiful Snow 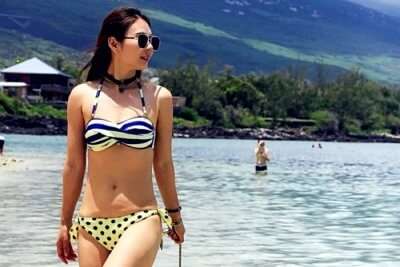 The Moments Captured On Her Romantic France Holiday Are Better Than Your Greatest Fantasy!