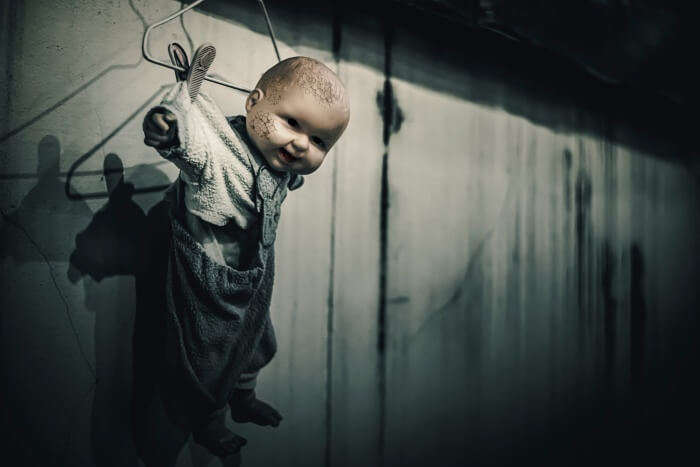 Auckland is New Zealand’s busiest city and the only thing you get there is the crowd. That is one huge misconception if you too have heard it. Auckland is beautiful. The natural beauty of that city surpasses that of many others. Now, that is correct. In fact, not only are some places empty and tranquil for a nice walk, Auckland has some haunted places as well. Yes, haunted places in Auckland are famous for giving goosebumps. Are you the kind who likes to tread into risky adventures?

If you are tired of romantic walks along the beach and have covered all the wildlife you can see, you must be thirsty for something more. Oh wait, did you say something different has been your idea all along? Here is a list of the most haunted places in Auckland, for those who like to make spooky memories.

The Mt. Albert Mansion used to be a celebrated party house for the elite people of the city back in the 19th Century. Doesn’t this remind you a little of the Great Gatsby? Yeah well, it is something like that. Only, it is scary in a manner different from the novel. In fact, it is more fun than scary or disappointing in any way.

The last owners of the mansion were Allan Kerr Taylor’s family. They bequeathed the mansion to the public in 1972. The mansion is not believed to be empty, however. Apparently, some happy souls still live there. This isn’t quite one of the scary places in Auckland. But it is spooky nonetheless.
People have claimed to have seen a woman in Victorian clothes inside this Mount Albert Road building. Others have claimed to see the Kerr Taylor sisters chasing a bride. But how would one know if they were the ghosts of the Kerr Taylor sisters from that distance? True or not, this place is the best place to begin your ghost searching from. It is the friendliest spooky place. Test the waters of your courage and intent while you are here.

Image Source
This one is not that pleasant. But do read on. This used to be a mental asylum and now it is a university campus. The students of this university naturally have numerous stories to tell. In fact, multiple people have experienced similar feelings. So, we want to believe it is true. This is one of the really haunted places in Auckland.

Most of the people who felt anything did so in Building 76. This used to be the male ward for some of the most violent and troubled mental patients. Back in the day, this building alone used to register almost 10 deaths every year.

Do you have the gut to read on? It gets a little dark from here. Oh, dark is what you are looking for? A female patient was burned alive by another patient. There were more cases of suicide and mysterious deaths. What happens now? The usual. Shadows, voices, things in the rooms magically being relocated to a place the students wouldn’t put them in, flickering lights, distant screaming.
Many students and even teachers have shared their experience of feeling a phantom but unmistakable slap or push. Naughty ghosts indeed. But we can cut them some slack. They had it pretty rough while they were alive.

Image Source
The Carlile House is one of the most famous buildings in New Zealand. Yes, because of the ghost and haunting stories and nothing else. So, if you are looking forward to getting spooked, this is where you need to be. The house is located on Richmond Road. It is not too isolated. The shops are nearby. But it will give you the creeps if you visit at night.

The house used to be an orphanage. It is over a century and three decades old. Yes, you are right. The orphanage is the key point here. In 1912, a fire killed 43 little boys. Yes, it is sad imagining their pain. But imagine them still there, trying to express their pain to any mighty visitor who goes in to find out if there is indeed anything spooky going in. The shrieks, the weird noises in the wind, and the shadows and quickly running figures, spine-chilling right? Well, this is what people have claimed to have witnessed. This is one of the top 10 haunted places in Auckland. Go find out for yourself if you are brave enough. Don’t go alone.

Image Source
This Hotel is situated on Vulcan Lane. It had opened in 1865. It is one of the oldest pubs in New Zealand. “Oldest”, right. There have been three mysterious but apparently natural deaths in the building. Or you could call it natural but apparently mysterious. It is just a matter of how you want to see it.
The usual happenings include automatic turning on and off of the taps and lights. Visitors have often said they felt like they are being watched or followed. Some people claim to have seen old-fashioned people with a hollow look in their eyes. Some claim to have seen eerie faces staring right into their bones, evident even from a distance.

However, no deaths or injuries have been reported in recent times. This is one of the peaceful haunted places in Auckland. There is no big tragedy involved in the stories. So, if you are looking forward to a freaky experience without any harm coming to you, go to Queen’s Ferry Hotel and order a cocktail for yourself, and maybe an extra. Who knows, you might have company.

Image Source
This is a Hunua Camp, still active. The urban legend goes, “children murdered by a teacher”. If you want to find out for yourself, go to the School House Building and watch out for a red-haired teacher. Or maybe, just avoid it. If you are from Auckland and still go to school, remember, don’t be scared, but be careful. If you come across a weird man with a red beard, avoid him too. The legend has some various versions. Redhead, red hair, red beard. Just remember, red means danger.

Image Source
This is again a psychiatric hospital. This one is one of the most haunted places in Auckland. Actually, it is one of the most haunted places in New Zealand and not just in Auckland. The hospital has a history of multiple staff suicides. More staff members died here than patients. The dark stories of the patients took a toll on the nurses and the situation was highly unpleasant. Apart from all that being in the past, not much has changed. The place still gives strong unpleasant vibes. Visitors have often described a cold chill on entering certain rooms. Then there is the rumor about a grey nurse appearing and disappearing.

These are just some of the most haunted places in Auckland. If you want more, go for The Civic Theatre or the Playhouse Theatre. If you are looking forward to this thrilling experience on your trip to New Zealand, make sure you take this little-haunted house list with you. Don’t go on to making a new horror flick, though!

What kind of ghostly activities can be experienced in the Carrington Buildings?

Carrington Buildings, which was earlier a mental asylum and is now a university campus is surrounded by a lot of spooky sounds, screaming noises, shadows, and flickering lights.

Which is the most spookiest place in Auckland, New Zealand?

While there are a lot of haunted places in Auckland, the Kingseat hospital has been popularly known as the most spookiest place in New Zealand as it houses more than 100 ghosts.

Are the above haunted places in Auckland spooky for real?

While it all depends from person to person, most locals living in Auckland do believe that some places are haunted for real. There have not only been deaths and missing incidents reported in the past, but some people have also spotted ghosts around the properties.

What is the spooky story behind the Carlile House?

Carlile House used to be an orphanage that was caught up in fire and happened to witness the death of 43 little boys. The house today is surrounded by shadows and scary shrieks at night.

Can one visit the Kingseat Hospital?

While the spookiest hospital was shut in 1999, some people still visit it. However, it is said that there are absolutely no signs, lights, and people around which adds to the spookiness of the place.

6 Water Parks In New Zealand For An Exhilarating 2021 Retreat