8 Haunted Places In Bangalore To Visit In 2020 For A Thrilling Vacation! 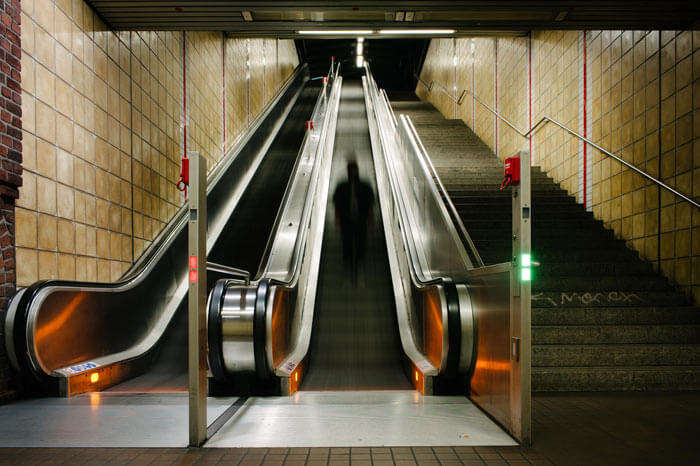 The power of ghosts, demons or any spirits can never be undermined. While their existence is a matter of debate, some phenomena are beyond human logic and interpretation at times. The garden city of Bangalore is no exception to such weird experiences. No matter what side you are on, for or against, the fact remains that there is a (believed) dark side to the Silicon Valley. These 8 haunted places in Bangalore might seem normal during the daytime, but a visit during the night is definitely not for the faint-hearted. If you are always ready to explore spooky places then try out these haunted destinations in Bangalore and challenge yourself.

Here is a list of the top 8 haunted places in Bangalore that might make you wet your bed. If you are always keen to explore such places then take a look at this list and make sure that you visit then on your trip to Bangalore.

Background: Alternatively known as St John’s Cemetery, the Kalpalli cemetery near Old Madras road is the cremation ground for a large part of East Bangalore, witnessing an average of ten cremations every day – needless to say why it is among the most haunted places in Bangalore.
Spooky Occurrence: People passing by this cemetery have reported sightings of a creepy man lurking around the graves at wee hours. Trust me, it is a gruesome sight bound to make you uneasy for days!
Haunting Incidents: People claim to have seen a strong demonic presence and a feeling of unease in and around the cemetery. Being severely short on space, can we say it’s not completely impossible?

Must Read: 36 Fabulous Places To See In A Day Around Bangalore In 2020!

Background: Built in 1943 by an Anglo-Indian lawyer EJ Vaz, this house, now among the most haunted places in Bangalore, was gifted to his spinster daughters, Vera and Dolce Vaz. Vera was an English tutor, while Dolce a piano instructor. The two sisters were the only occupants of the house until 2002, when a tragic incident happened. Dolce, the 75-year-old younger sister was killed by a youth who broke into the house at midnight in front of Vera, the elder sister. Dolce was buried in the house and Vera was asked to move to a safer location by the police. The case remains unsolved to this day.
Spooky Occurrence: Following horrific rumors and sights of headless statues, the house was demolished in February 2014. That, perhaps, further aggravated the restless souls in the house.
Haunting Incidents: Precious belongings in the house like the furniture and a vintage car remain untouched even today. People who went there to click them, have come back with corrupt images and dead batteries. Also, the stories continue as people recollect experiences of hearing screams, a face appearing out of the windows, colder temperature in a few rooms and the sound of a piano being played. There is no doubt in the fact that it is one of the scary houses in Bangalore where no one would like to go,

Background: The Kempegowda International Airport is one of the busiest and most haunted airports in India, with state-of-the-art architecture and provides connectivity to a number of international and domestic destinations.
Spooky Occurrence: A pilot recalls the story of the lady in a white sari requesting to help her. When he came back, she’d disappeared! Some airlines have also spotted this woman on the runway with her arms stretched out.
Haunting Incidents:  After a few days, the ghost began haunting the cargo bay as well. Another headless ghost was seen near the escalators and parking bays. Whether true or not, these stories definitely add a dreadful element to this airport and make it one of the scary places in Bangalore.

Suggested Read: 9 Scary Haunted Hotels In India That Will Give You Chills On Your 2020 Vacay

Background: Victoria Hospital is a century-old building located near the City Market, known for strange happenings.
Spooky Occurrence: Nothing in particular seems to be the cause of the hospital being a haunted place in Bangalore. The only probable reason people give is the death of patients in the hospital. Going by that logic, all hospitals should be haunted, but anyway!
Haunting Incidents: A few years ago, bizarre incidents were sighted at the hospital morgue. People claimed to see a white ghostly figure on one of the trees in the hospital premises. Most of the staff have started to avoid night shifts. But the funny thing is that the ghost here is a foodie. People working here report that many packets of food have gone missing.

Suggested Read: Live The Bangalore Way: 10 Fun Places In The Silicon Valley For An Ultimate Whoopee

Background: The NH4 or the Bangalore – Mumbai highway is one of the longest highways in Karnataka and runs through the length of the city fun.
Spooky Occurrence: A locale narrates an incident when he was asked for a lift in the middle of the night. When he stopped, she vanished away. After looking around when he raced his car on a clear road, she came in the front all of a sudden.
Haunting Incidents: There seems to be some ‘connection’ between highways and terrorizing ghosts always. And in Bangalore, it looks like NH4 is one of their favorites. There is a popular story where people have encountered a pretty girl asking for lift around midnight and getting vanished by the time they look up and answer. The story gets spookier when she re-appears and starts laughing hysterically.  Think twice while you stop to someone asking for a lift on NH 4 next time!

Background: If you are looking for haunted houses in Bangalore then you must read this. One of the popular folk legends, Nale Baa translates to ‘come tomorrow’. For years now residents of rural areas in Karnataka write this phrase in front of their houses in order to keep a malevolent spirit away from their homes. It is believed that a bridal ghost roams around the streets of rural Bangalore at night in search of her husband and takes away the man of the house. It is said that the bridal spirit knocks the doors of the houses and speaks to the residents in the voice of their kins, making it impossible for the residents to keep their doors closed. The Bollywood movie Stree, starring Shraddha Kapoor and Rajkumar Rao, that came out in 2018 was based on this incident only.

Background: A most-visited and the busiest road of Bangalore, MG Road or Mahatama Gandhi Road in Bangalore is a one-stop destination for everyone. From shopping adventures of handicrafts, attires, bone china, etc and dance clubs to call centers and offices, MG Road blankets everything one can think of in a city. Young, working professionals can mostly be seen on the streets of this region in Bangalore. With a plethora of cafes and restaurants serving some of the most lip-smacking delicacies, MG Road tends to be a favorite amongst locals and tourists alike.

Spooky Occurrences: The road that crosses the call-center is better to be avoided during the night. It is said that a young woman who worked in the call-center was killed in a drunk and driving case. The driver that had hit that woman left her there, screaming, and she died on that spot. Office goers have claimed that they hear a woman screaming on the night of that same date, every year which is why it is counted among top haunted places in Bangalore.

Suggested Read: Bungee Jumping In Bangalore: Taste The Adventure In Its Raw And Best Form

Spooky Occurrence: This route was one of the famous routes for motorists. However, now everyone is scared to go there even in the daylight. It is a lonely stretch between graveyards where motorists and rickshawalas have claimed to witness an old lady who asks for a lift. As a result, Hoskote Route is now one of the scariest places in Bangalore.

Further Read: 35 Most Haunted Places In India And Their Real Ghost Stories In 2020!

Goosebumps? Well, I got it a couple of times. If you are the adventurous type, I dare you to try these haunted places in Bangalore. Even if you are not, getting an opportunity of witnessing the supernatural powers would make up an interesting story to boast about when hanging out with your buddies. Plan your spookyation to Bangalore and get ready for some hair-raising adventures that will make your throats dry and your forehead sweat. Don’t hold back, for the ghosts are waiting!

Our Trip To Dubai In December Was Full Of Laughter, Joy, And Fun Rides!

Singapore Trip From Mumbai: Deets Of Our Unforgettable 6 Days Journey

Pawna Lake Camping: A Detailed Guide About Things To Keep In Mind!